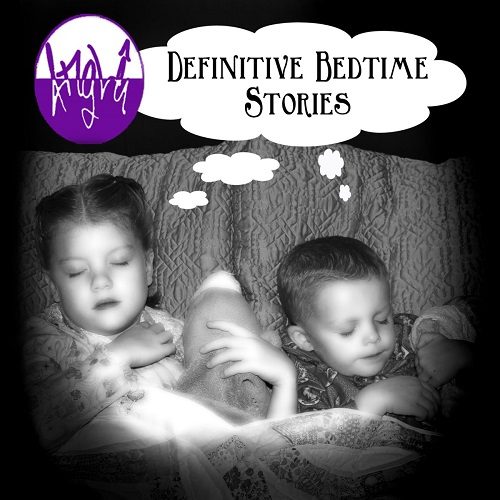 Back in the early days of UFC (and we’re talking over 20 years ago now) the legend of Royce Gracie was built up based on the “no limits” competition he was thrown into. In today’s MMA era it would be ridiculous for a welterweight (who could have been a tall skinny lightweight a la Donald Cerrone) to face light heavyweight or bigger fighters, but back then Gracie would face fighters with a SERIOUS weight advantage and submit one after another. In fact the only time he didn’t finish a tournament as the winner in the first three cards was when he literally threw in the towel due to fatigue after submitting the massive heavyweight Hawaiian Kimo Leopoldo. Gracie was immensely popular for proving that a little man could beat substantially larger opponents – he was the underdog who always beat the odds.

I feel the same way listening to Angle rap. He’s got the deck stacked against him to the point most people would refuse to even play the cards they are dealt. He hails from Des Moines, Iowa (not exactly an interionally recognized hip-hop Mecca), he’s self-distributed through his own One Leg Up Productions imprint (it’s hard to beat the major label game) and his RapReviews debut was underwhelming, which meant he started his career theoretically 0-1. Often that’s the best way to learn though. Renan Barao lost his first ever pro fight and then went undefeated from 2005 all the way until last year. When you start out with the odds stacked against you and you keep on fighting, you either learn to overcome or throw in the towel too.

On “Definitive Bedtime Stories” Angle has reached the point where referring to him as a rapper from central Iowa seems unfair. Yes it’s his story, and he owns it and refers to it in his rap, but you’re going to make unfair assumptions about his story and style based on it. The thing is Angle has gained the ability through hard-fought experience to hang with much more seasoned underground rappers and not seem lesser or out of place, and there are more than a few willing to make cameos on his latest album. Let’s start with “Better Shake” featuring Chicago lyrical queen Psalm One and a jazzy background instrumental courtesy of The Dust Collectors.

Angle’s uncanny vocal similarity to Chali 2na is only more beneficial as the years go by since you don’t hear Jurassic 5 doing anything these days and 2na’s cameos on tracks are infrequent at best. Give it a few more years and it’s conceivable that people would compare 2na to Angle instead of vice versa – it’s only because J5 had major label distribution and some small amount of crossover success that he probably can’t overcome that gap. Then again listening to him hang with C-Rayz Walz on “The Destination” convinces me that as far as unheralded underground icons, he’s quickly reaching the point where he fits comfortably into that category.

If you weren’t already convinced that his lyrical submissions are Gracie-esque and that he was striking with his punchlines like a Lyoto Machida karate wiz, hearing him go rapid fire bar for bar with Copywrite on “2204hrs” would convince you that Angle has spent SERIOUS time in the gym/studio working on his craft.

“Life no longer vacant, I’m talking kicks and bass and 808s
Regularly Angle and C-Rayz lace
Just a taste of culinary haste, savagely lambasted canaries
Having leaven tequila wasted
With a punchline zinger I can staple a singer, it’s no fair
Ain’t nobody crying, ain’t nobody worried
I can take you, but you don’t want to go there
Definitive Bedtime Stories vividly getting gory, cynic who’s snoring
I’ll marionette you to cut your eyelids off for me
It’s a journey, but maybe with no finale
Wisdom is learning to take in the lookout view of the valley
And being humble enough, to know when you done stumbled the bluff
Uncut, ’til your version of the pearly gates shut”

The latter track was also produced by The Dust Collectors, who seem to be ideally matched with Angle on any track where they work together. He’s assembled a quality team of producers in general though – because like a professional fighter you can’t win anything unless you have a team that’s supporting you and working with you to make you better. From the funky Tack Fu vibes on “Matter of Factly,” to the Wu-like hard hitting backdrop of Aeon Gray’s track on “CC2,” to the clean and precise boom bap of Sean Vasey Productions on “Kingdom Come” (both of the latter featuring guest vocalist Gadema), the production is solid for the entire 50 minutes of “Definitive Bedtime Stories.” Nothing struck me as bad, boring or offensive.

If there’s one and only one thing I can say that’s a detriment to this album, and it’s a relatively minor one, it’s that Angle is now well-enough respected by his peers to have a flood of guest stars – it’s starting to drown out his own voice. That just makes me appreciate the solo tracks like the symphonic “Body On the Tracks” that much more. He even admits in the press kit that this was originally conceived as a collabo’ album, and it certainly shows when you listen to it, but knowing Angle is now strong enough to stand on his own makes me regret that there’s not more of it here. Nonetheless as has already been stated when you can hang with Copywrite or Psalm One and sound like you are figuratively and literally on the same page with them WELL DONE, which means Angle no longer has to be “that rapper from Des Moines” but can simply be that underdog from the Midwest who you misjudged until he left everybody stretched out, tapping for mercy.