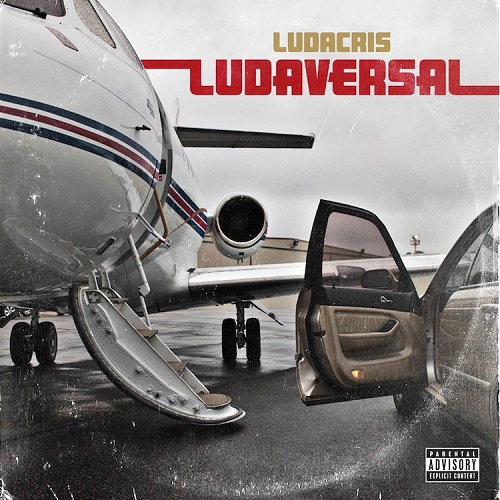 I bought in to Ludacris back in 2000 when “Back for the First Time” was unleashed with huge radio singles “What’s Your Fantasy” and “Southern Hospitality”, and found his comical videos a refreshing alternative at the time. Ludacris is one of the only rappers I follow on social media, because he doesn’t take himself too seriously. The #nowthatsludicrous trend has been going for a few years now and although it’s difficult to know whether it’s actually Luda sitting at his computer, hunting down crazy YouTube videos or not, he has been busy outside of music. His acting career took off as soon as the burnt rubber cooled on the set of 2 Fast 2 Furious, yet his rap career remains one album away from greatness. Legendary emcees are defined by their classic albums, and I’m convinced that “Theater of the Mind” is the closest Luda has come to that marker.

Where Jesal Padania compared Luda to Busta Rhymes in his review of “Battle of the Sexes” in 2010, I have always leant more towards Redman. No doubt, Luda is technically similar to Busta in his ability to squeeze tens of words in to his lines, but the clownish image and disappointing albums (or lack of) in recent years have echoed Redman’s for a while now. Busta has altered his style as the the years have ticked by, adopting a deeper, more authoritative delivery more in line with his larger physique that has unfortunately sacrificed some of his personality. However, I agree with Jesal in that Luda doesn’t have a legitimate classic in his catalog (unlike Redman; Busta is debateable but his first three albums were excellent at the least) – and he has struggled with his identity as he tries to balance a family and acting career.

Luda took some hefty criticism on 2010’s “Battle of the Sexes” – not just from our own writers, it was an album with a worthy concept that had more than a whiff of the LL Cool J about it, albeit it with heavier sexual themes. Chicks dig humor, which I discovered quickly when asking my sister who her favorite rappers were some time ago – Ludacris and Redman. It’s good to see then that the single “Beast Mode” shows Luda spewing out silly punchlines and self-referential jokes in the video.

I thought “Theater of the Mind” was Ludacris’ best album, as it showed how a popular rapper turned actor (not named Common) can make a mature Hip-Hop record (depending how you perceive the rape-y “One More Drink”). Similarly, Luda has balanced a movie career alongside his music for over a decade now, and his latest album “Ludaversal” is a combination of the wild and level-headed with predictably mixed results. The album’s opener is a cinematic display of verbal attacks reminiscent of Eminem’s latter work, and it outstays its welcome rather quickly. However, “Grass Is Always Greener” is the perfect Ludacris track, as he shows a conflicting side to his character with the trademark humor we know and love. Admitting that he wishes he was at the club when with his family, and then wishing he was with his family when he’s at the club is what you’d expect from a 37-year old rapper whose had #1 albums. When you’ve made your money from club bangers for fifteen years, it’s inevitably going to be an appealing prospect whether you’re married with children or not – hearing and seeing a nightclub go crazy when your own song comes on.

“Ludaversal” is a booming, cleanly engineered record that’s designed to test the best Bang & Olufsens. One glance at the tracklisting is all you need to know that there’s some serious whip-bumping material here: “Beast Mode”, “Get Lit” and the monstrous “Call Ya Bluff” are soundtracks to a whole lotta road rage, and that’s just the first few tracks. Lines like “Mr. Jack Daniels is my spiritual advisor” and “blow like four fat bitches sitting in a Civic” remind the listener that there aren’t many emcees as genuinely funny in this rap game as Cris Bridges. “Viagra Skit” is a silly skit where a man with a constant erection calls a helpline and the lady on the other end of the phone ends up driving to his crib to rectify the situation. It’s nearly two minutes long, but it will raise a chuckle.

This is unfortunately what much of “Ludaversal” falls under – initially enjoyable but it lacks longevity. Ludacris remains caught between the formula that built his legacy, and the more interesting, personal side to his celebrity lifestyle that feels less significant when paired with the dense production from DJ Toomp, Mike Will Made It et al. This is best exemplified on “Good Lovin'”, which shows Luda’s softer side, which has obviously been hit by the death of former co-star and friend Paul Walker. It’s dominated by guest vocalist Miguel’s performance however, but the Usher collaboration “Not Long” fares better, sounding like a continuation of “Theater of the Mind”.

The occasional mature track helps prevent “Ludaversal” from being just a collection of drinking anthems, but does mean that Ludacris finds himself with a disappointingly divisive album that feels like a heavy night’s drinking followed by an introspective hangover. The problem Ludacris faces is that both sides of him are great to listen to but it inevitably restricts him from making the cohesive magnum opus his career deserves.