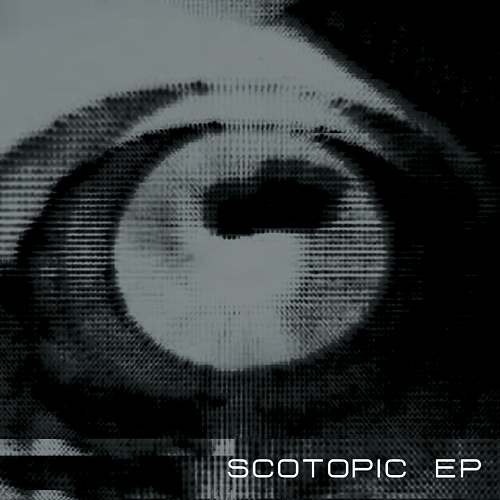 Proliferation: Pronounced proÃ¡lifÃ¡erÃ¡aÃ¡tion n/ noun. 1.) A rapid increase in numbers. 2.) A rapid reproduction of a cell, part or organism. 3.) A large number of something.

Hip-hop may have begun as an American art form, but its influence has spread throughout continents in the decades since its inception. The effect of the music and culture have created a proliferation of artists eager to share their unique takes on them. I’ve heard rappers and producers from Europe, Africa and even Japan. Which brings me to Oz (that’s the colloquial nickname for Australia). Here we have Scotopic, a collective of Australian hip-hop artists fusing their unique elements together in the form of a self-titled EP.

When listening to international hip-hop, I wonder what parallels it shares with American underground hip-hop. The latter tends to get more love and appreciation overseas than in its home country. I don’t know if the same holds true for other countries. But quality is quality, regardless of the size or the location of the audience.

The nine-track EP starts off with “Doom-a-Dap” featuring Toddy Darko. Driven by dark MPC snares with an eerie guitar chord, he frequently spits about “Hipsters reppin Wu, fuckin’ boom-bas-tic!”. For me, that’s an striking line which touches on the proliferation of people all across the spectrum of age wearing retro t-shirts with band logos or comic book characters without having any knowledge of the subjects whatsoever. In one tongue-in-cheek line, he takes a much-needed aim at posers. “Concrete Sasquatch” has production that evokes feelings of a cinematic urban narrative. The lyrics convey a struggle which can easily be construed as that of any rapper. The lyrics then pick up to cover more conceptual grounds with “All the Same”. Juxtaposing societal dichotomies such as youth, pollution/going green, religion, and health care, the basic message is summed up in the hook: “We’re all in this together”. It’s not a heavy-handed track, but rather highlights problems in society via compare and contrast over a guitar riff.

Inner demons are targeted on “Depression” with three verses dealing with negative emotions and the methods by which each emcee uses to cope. With a somber acoustic guitar sample, Cheap Sober’s verse about his own insomnia due to focusing on bad memories is relatable for many young adults. The final verse is the proverbial light-at-the-end-of-the-tunnel with escape being the underlying theme. “Hidden” has a jazz lounge feel with a swanky piano that’s smooth without being dark. Lyrically, most of the emcees of “Scoptopic” seem to have a KRS-ONE/Boogie Down Productions influence. I say that because of the number of times the Blastmaster voice is sampled and scratched into the production. Not to mention addressing their own state of affairs as well as that of the world. The seventh track, “Struggle”, represents this as it is the track with the most boom-bap sound to it, along with a KRS line and a mandolin sample.

The middle and the end of the EP is closed off with DJ Rellik on the cut. The EP’s sole instrumental tracks, “Intermission” and “Myosis”, are certain head-nodders filled with many well-placed and well-timed scratches and serve as both a proper respective interval and end to “Scotopic”. Of all of the EP’s production, it’s “Intermission” that ranks at the top:

One thing I enjoyed about this “Scotopic” is how it addresses the problem of hipsters in a way that American hip-hop has not. I can’t count the number of times I see teenagers today wearing t-shirts by RUN-DMC, Beastie Boys or the Ramones, trying to look cool. It’s disconcerting when I see adults my age follow the same trend, because a spider-sense goes off in me that tells me that they’re not genuine. “Scotopic”, on the other hand, is a genuine effort with some flaws. Though it’s pretty short, there are flashes of potential.