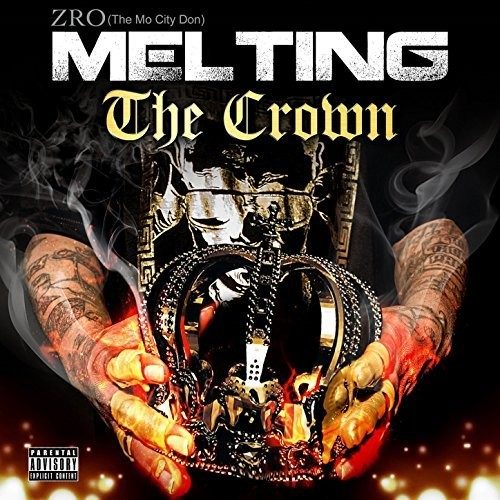 To call Joseph Wayne McVey’s life eventful would be an understatement. Maybe that is why his music is so resistant to change. Fans are likely to disagree and point to ups and downs in his biography and his catalog, but judging from a critical distance Z-Ro has pretty much been making the same kind of music throughout his career, with only perhaps a noticeable shift in his vocal performance from Pac and Bone disciple to becoming more and more comfortable with his soulman side.

And comfortable he is, lacing all tracks on his latest with his well-tempered bass baritone. His singing is more straightforward and mature than the Auto-Tuned warblings of his younger colleagues, creating a bluesy but also masculine contrast to the turnt up or tuned out vocal colorations favored by today’s generation. No matter the topic of the song, Z-Ro instinctively homes in on some type of harmony, usually choosing singing as the first option to express himself. The melodical quality of Z-Ro’s music is a major selling point, and rightfully so, even if the rap fan regrets that the straight up bars take a backseat.

The roles of rapping and singing used to be clearly allocated and it would be pointless to blame a later entry into the game like Z-Ro for blurring the lines, still a questionable effort like “Don’t Stop Now,” a song about baby mama drama that has turned particularly ugly, further chips away at the inherent nobility of soul and rhythm and blues. It would be no matter if it was an amateur showcase, but the performance is actually good (helped by a down-home Beanz N Kornbread beat). If you actually dig this song, it should be a very guilty pleasure. The minimal sentence Z-Ro should get for it should be listening to Marvin Gaye’s “Here, My Dear” album. Rap can do those type of songs, Z-Ro the rapper has proven he can do those type of songs, previously injecting “I Hate U,” “Thug Nigga” or “Lonely” with sincere bitterness. But “Don’t Stop Now” takes his antisocial and depressive predispositions to all-time lows and for all the wrong reasons drags the art of singing into it.

Elsewhere he handles the double duty with more flair, delivering soft-spoken but strict code of conduct in “Keep it Real,” mocking frauds and intimidating foes during the “Intro,” addressing a suspected informer with the distrust of the wronged partner and the demeanor of a sensitive crooner on Sean ‘Solo’ Jemison’s late ’80s/early ’90s slow jam “Talking to the PoPo.” He does his best to measure up to his Rother Vandross alias, flexing his gospel choir-trained vocals on the triumphant, true-blue soul tune “The Real Is Back,” strikes a fine vocal balance between tragedy and triumph on “See Me Now,” or simply belts out an anthemic rider hook for “I’m Alive.”

So as Z-Ro goes from “The Crown” to “Melting the Crown” – can you even tell the difference? You can. His latest is an improvement over its persistently superficial predecessor. It’s musically and lyrically more varied and more in touch with the roots of Houston rap. It’s a well produced, well rounded Z-Ro album containing familiar themes and routines and will definitely get fans – who by now should know what they can expect – into that Z-Ro zone. At the same time a Z-Ro in “Melting the Crown” form could be a contender on the contemporary rap scene, and not just because popular figures from Drake to A$AP Rocky have paid lip service to H-Town. Z-Ro’s direction and the direction rap has taken lately overlap at certain points. Although the album features only a couple of clear intersections between modern production and traditional content (including the moving “Miss My Mama” featuring Mike D), there’s a lot of (completely unsuspicious) commercial potential here.

Of course, he’s still the antithesis to modern-day rappers who are in touch with their feminine side (“Ain’t nothing feminine about my manhood,” he lets us know early on), but if there’s ever been a time for Z-Ro to break through, it’s now or in the near future. Newcomers to the Mo City Don just have to warned about cuts like “Don’t Stop Now” and “Porcupine,” but perhaps those are not completely out of line in today’s climate either. Whether you view it as a complete rebound or as a small step towards recovery or are indeed a newcomer unburdened by expectations, you’ll have to agree that “Melting the Crown” catches Ro on the right path.