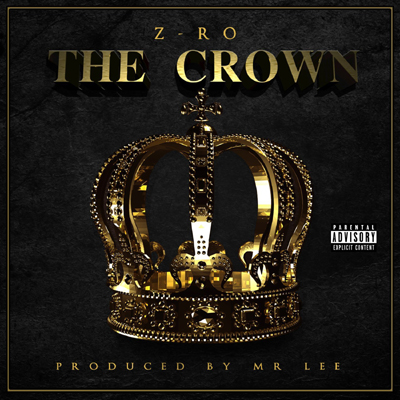 It hasn’t been that long that Joseph W. McVey officially renounced his nom de plume Z-Ro, arguing that the name has become a stigma that he can’t shake no matter how many assets he accumulates:

“No matter how much success I get, how much fame, money, what I drive is foreign, the jewelry is doin’ ridiculous dazzles in the dark… people still wanna keep me in that box of the little nigga from “Look What You Did to Me.” The nigga who ain’t had nothing. I didn’t have nothing back then, I just had my skill. So a lotta people out here right now, I don’t give a damn if I pull up in a Bugatti and hop out with Bugatti shoes on – if they got some of these muthafuckas in real life – them muthafuckas’ll be like, ‘Hey man, look at the broke nigga in the rich shit.’ And I’m like, with a name like Z-Ro, it’s like, I don’t give a damn, that shit is gonna keep me grounded to where muthafuckas aren’t ready to let me out of the poor man’s box, so to speak. So for my personal choice in my career, King of the Ghetto, or The Mo City Don, that shit sounds way bigger than Z-Ro could ever be, because I don’t give a damn what I do, in this space that we call rap or hip-hop, to people that are still stagnant from ten years ago, I’m gon’ still be Z-Ro to them, and I’m not gon’ be Z-R-o to them, I’m gon’ be Z-e-r-o to them.”

Coincidentally, at the time the Texas rapper was also hit with a cease-and-desist letter by his longtime label. Just half a year later Z-Ro is back, on Rap-A-Lot (technically acting as an intermediary for producer Mr. Lee’s label Xclusive Music Group). Musicians often try to escape what they consider the curse of their classic debut or their greatest hit, the clutches of their record label or the expectations of their fanbase. Here’s the thing, though – if you’re really serious about changing your image in a credible, uncompromising way, in a bonafide act of emancipation, you gotta follow through.

The legends of rap music have all, except for those who shone for a very specific period, gone through some sort of transformation. Where they end up isn’t always pleasant, but there’s a discernible evolution, built on the talent that they had since day one. Z-Ro not wanting to be ‘Zero’ anymore is totally understandable and the fact that he’s ‘back to zero’ again is no reason for us bystanders to gloat. The problem is that as an artist McVey makes very little progress. The frequent comparison to one rap music legend that territorially is very close to Z-Ro, Scarface, may be apt as a cursory judgement, since they share a basic configuration. But when it comes to those leaps and bounds, or even those small steps that lead to greatness, Ro will never get to where Face is.

“The Crown” at least is the wrong album to argue otherwise. It especially suffers from simplistic song concepts that will do when you had a couple of shots or tokes and are high enough to perceive depth in a hook like “I love these bitches – but I don’t really love these bitches” (“Love These Bitches”). Or if you still have enough motor coordination, you can participate in the gymnastics of “Hands Up.” Maybe you’ve always been curious about what if the Missouri City, TX abbreviation ‘Mo City’ was an acronym and what it would stand for. Then “Mo City” has got you covered. Maybe you’d like to hear yet another song about jewelry or strippers, in which case “Keep Shining” and “Exotic Girl” are your tunes. Either way “Love My Dick” will lead you to he conclusion that Z-Ro himself loves that thing just as much. On a more serious note, “Live Your Life” uses a “Mama Used to Say” interpolation to remind Crips of the essence of their gang. Limited audience but positive message. Also, “Imposters” lectures gossip folk but ended up with the wrong hook and title.

The self-proclaimed King of the Ghetto can look back on an impressive catalogue, “The Crown” doesn’t take anything away from that. But neither does it add to it. And it certainly doesn’t make any case whatsoever for some overdue coronation ceremony. Z-Ro has a number of important and undeniable qualities, many of which are still present in 2014. He’s exclusively backed by Houston rap’s foremost producer, which ensures a certain level of class for his latest. Ultimately, however, his matter-of-fact statement “I’m just a hustler, servin’ my customers” (first as a prelude in the “Intro” and then affirmed throughout the title track) rings all too true. Z-Ro has proven that he’s more than just a hustler, just as he’s overcome any loser status people might read into his name. Too bad an album named “The Crown” doesn’t reflect that more accurately. “What it Look Like” offers that look at the person behind the name(s) and effectively belies any perception of the Mo City Don as another superficial rapper, but it’s literally too little and too late.