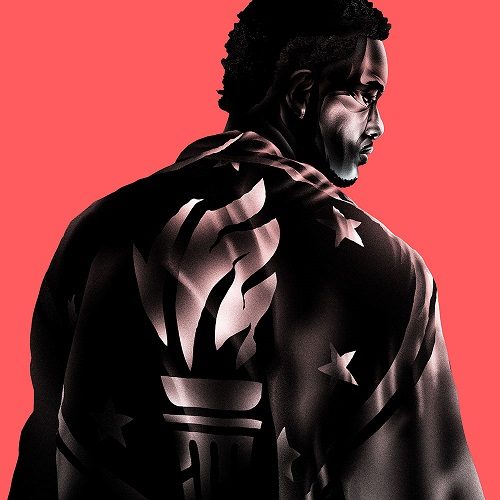 Kevin Elijah Burgess is a young man hailing from St. Petersburg, Florida who has been actively recording and releasing music dating back to 2010. Perhaps owing to the fact St. Pete is often called “The Sunshine City,” KB has a very sunny and positive disposition. It could ALSO be because KB is a Christian hip-hop artist, not the least bit shy about making that known, and in fact was given the “Rap Song of the Year” at the 2014 Dove Awards. Don’t worry – before this review I hadn’t heard of the Dove Awards either. To oversimplify the matter let’s just say they’re the Gospel Music Association equivalent of a Grammy Award.

That kind of exposure is usually what launches a seminal/underground artist into the mainstream, regardless of genre of Christian music they are from, and KB proves to be no exception with the 2015 album “Lecrae, another rapper who successfully crossed over from the Bible circuit to more mainstream recognition. Were it not for the fact you just read two paragraphs talking about his Godly ways and GMA trophies, you could listen to “Sideways” and not really be aware of the spiritual background for either one.

Cobra’s beat gives both K and ‘Crae the sound of a charting Southern rapper of the present day – somebody like Future or Migos – but there’s no intentional subterfuge here from either rapper. Lecrae lets you know exactly what they’re on when he raps “If I say Jesus everybody start bookin/Get out the kitchen when I’m cookin.” Cobra proves himself a versatile producer though, not just a man brought in to score KB a crossover hit. His track for “Always & Forever” sounds more like a 1980’s Michael Jackson throwback from Quincy than today’s heavy thumping hip-hop.

The diversity of the soundscape keeps KB consistently interesting and prevents the religious overtones from getting too preachy or heavy. Supe’s “Cruising” is perfectly suited to the track’s title, and even more perfectly suited to the top-down “two miles an hour so everyone can see you” time of the year we’re entering into. Dirty Rice and Joseph Prielozny redefine Southern swag with their track for “Drowning” as KB lays down a smooth mixture of rapping and crooning. Lyrics like “Save me from me ‘fore I drown” have the obvious Christian component you’d expect from gospel rap, but KB avoids the trap of mentioning God and Jesus in every other bar, and will reach a lot more people than those who are turned off by rappers who are heavy-handedly pious. Songs like “Calling You” are even more harrowing than the scariest horror movie. Still you’d have to be completely oblivious to miss the implications of songs like the 808xElite and Gawvi produced “Crowns & Thorns (Oceans).”

The unapologetically modern sound of heavy thumping tracks like “I’ma Just Do It” will be what truly gathers the converts, along with a natural air of confidence that’s eerily reminiscent of artists like Drake and Kanye West. It’s borderline cocky. It might even rub a few people the wrong way. If he weren’t a spiritual rapper somebody would mistake him for arrogant, and that’s necessary if you’re going to get Christian rap into the secular world. You can’t come into the game apologetic for taking up a hard drinking, chain swangin’ rapper’s space with your spiritual verse – you have to elbow your way into the spotlight. The bold and assertive KB does that on “Tomorrow We Live” and has earned at least one convert – me.