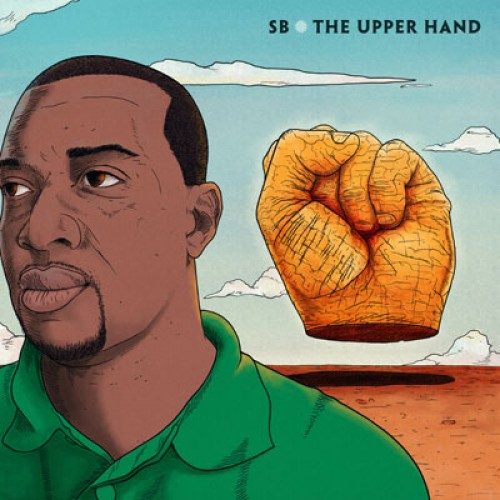 The soulful and spiritual Soulbrotha a/k/a SB has quietly put out some dope bite-sized doses of hip-hop over the the last eight years, and has come a long way from when Matt Jost first checked out his “Ezekiel Hanani” album. At one point you couldn’t listen to SB without feeling you were being smacked in the face with a Bible, which coincidentally is probably how a lot of people are feeling right now since SCOTUS ruled on same-sex marriage. While the subject of whether or not it’s right or wrong continues to be debated, SB stays away from that topic and instead talks about his “Immigrants Passion”:

“And now when my favorite rapper says his money’s long
Well I feel like giving him a side-eyed stare
They lie but we care
Gotta get past the camera light glare
See it’s one thing to pop bottles in the club
it’s another thing to own a palace over two million feet square
Folk need to get with and see the big picture like
takin a date to a cinema, and dappin up the director
Life is similar to a movie with, different scenes
Just cause the protagonist fell dead, doesn’t mean that’s what it seems
Give +credits+ due, to the most high who
constantly is helping me understand the parts I need to play
or pray through”

And in the sequel SB takes it one step further to talk about the “Immigrants Purpose.”

Yes the religious side of his life does creep into his music, but in a conversational way as he explains the world he observes around him, and struggles to get ahead in a country that’s not his own by birth. Even as a non-native he knows the ugly side of America first hand, which is a subject he IS willing to tackle on tracks like “Just Can’t.” It’s very clear from the opening sample that the death of Eric Garner affected him deeply (as it did millions nationally and around the world) and he’s taking a stand against police brutality throughout the song’s second verse.

Andre Jackson, BHB, Joe Andriulli and VSax provide the production on “The Upper Hand,” but unfortunately on this promo copy that’s not broken down to individual tracks so I can’t accurately tell you who did what. I can tell you that they did a good job though. The strong drum track and piano backdrop of “Limit/Do It For Love” is fresh, as is symphonic 9th Wonder-esque funk of “Give and Take,” and the uptempo Down South swing of “Humble.” Your mileage will vary on “The Upper Hand” based on whether or not SB gets a little too “churchy” for your taste, but he’s not for mine, especially given his flow and beats are at the forefront.