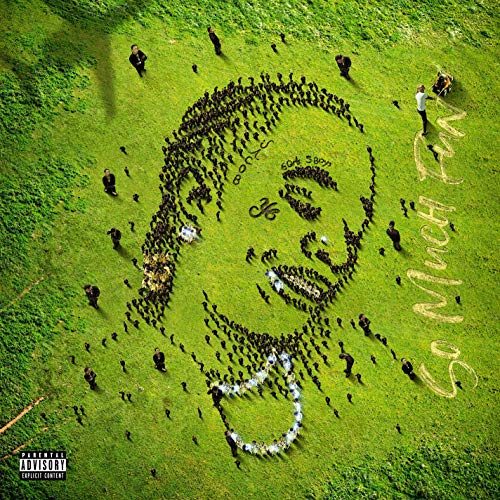 Young Thug :: So Much Fun

The first word I think of when it comes to Young Thug is DRAMA. From his involvement in Lil Wayne’s feud with Cash Money to unnecessarily putting airline employees on blast, my impression of Mr. Jeffrey Williams is that he thrives on this kind of attention. Even when the headlines are negative it only seems like his star continues to rise. Perhaps that’s the unfortunate consequence of social media driven news outlets rising in popularity. No judgment is ever offered on WHY you’re making headlines, only that you ARE making them because “trending” is the only metric that matters.

Now is not the time to editorialize about whether or not that’s good for hip-hop in general or society as a whole. We’re here to talk about “So Much Fun“, the latest album in Young Thug’s increasingly deep and prolific discography. He’s had seven studio albums in the last four years and far more work if you include his numerous free digital mixtapes. (Paying for mixtapes feels like such a quaint notion in 2019 doesn’t it?) You can talk until you’re bluer in the face than Blueface about all his drama, but it hasn’t stopped him from hitting the studio to put tracks on tracks on tracks. Even if you don’t respect the man it’s hard not to respect the hustle.

Thug’s duet with J. Cole & Travis Scott on the T-Minus produced “The London” has already made its way into heavy rotation since its release back in May. Two third of the trio being wavy and having their vocals tuned up is no surprise, but credit where it’s due as Cole pulls it off ably too.

“I’m on the verge, I’ll beat the charge
I killed some niggaz and I walked awaaaaay from it
Then I observe, just how you curve
And told them niggaz that they gotta waaaaait for me”

Guest appearance are a major factor on “So Much Fun” — so much so that you might in fact mistake it for a mixtape. Starting with “Sup Mate” featuring Future there’s a cameo on at least every other track: Gunna, Lil Baby, Lil Uzi Vert, Lil Duke and Lil Savage. I made that last one up though. It’s actually 21 Savage. The proliferation of rappers who want to call themselves “Lil” is at an all-time high. It reminds me of the joke we used to tell back in the day about what Young MC would call himself when he got old. Getting back to J. Cole for a minute though, he actually produced a track for this album in collaboration with T-Minus called “Mannequin Challenge” featuring Juice WRLD.

It’s a solid track full of syrupy slang, vocals turned into drums, and excitable Ric Flair style “WOO” interjections. For me it’s like the Coke Zero of rap songs — there’s absolutely no caloric value to it, and it might even be bad for you, but I like the taste anyway. You can’t examine Young Thug’s music too closely or think about it too carefully if you want to enjoy it, because the casual misogyny of throwing around “Pussy” as an insult reminds you he’s not exactly progressive.

If you’re looking for bass to shake the concrete and singing so modulated as to nearly be R&B, tracks like “Jumped Out the Window” and “Boy Back” featuring NAV will definitely fit the bill. Part of me can’t help but overlook the problematic parts of Young Thug’s life and lyrics and not just nod my head to the beat. He may not be a saint but as Charles Barkley once told us years ago, “I’m not a role model”. You don’t have to look up to Young Thug, you just have to derive entertainment from the tracks.

I often find that I’m at a crossroads when reviewing artists like Young Thug because I know that success breeds imitation. If it didn’t there wouldn’t have been “eras” of rap, like the Afrocentric Era, the West Coast G-Funk Era, and so on. Young Thug is successful because he sounds like people who are successful, and more people will be successful by sounding like him. We’re locked into this era for the foreseeable future (pun intended) so I always try to be open minded about it and not fall into the trap of being a hater who complains that the old days were better. More rappers make more money now than ever, while back in the day EPMD used to say you could gold or platinum and still not pay the rent. Shady record deals made sure of that. Therefore I’m happy that rappers are more successful today than ever, even if I sometimes wish they could be successful while staying out of harm’s way and doing more for the generations to come after them.