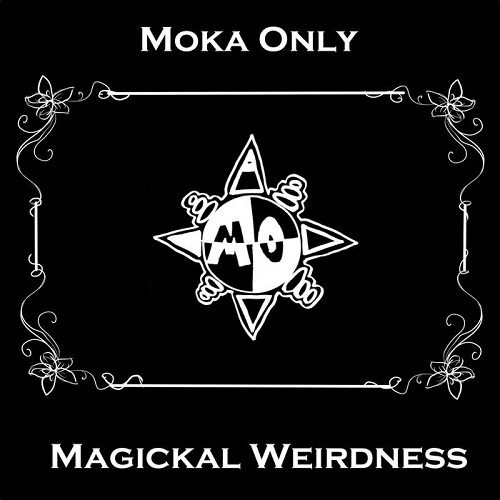 If a year goes by where Moka Only doesn’t release two or more albums, there’s something seriously wrong. It either means that the entirety of British Columbia has been bombed off the map by a nuclear attack, or that Mr. Denton died in some horrific accident (plane, train or automobile). Short of that I can’t imagine a scenario in which Moka isn’t constantly dropping albums, mixtapes, singles and EP releases. I don’t know if he’ll go down as the most prolific artist in rap history (he’s got some stiff competition in that category) but he’s as reliable as an atomic clock when it comes to dropping new hip-hop.

The most remarkable thing about Moka might not be his prolific releases but the consistent quality of his work over the last 20 years, including his time in and out of the Swollen Members crew. It’s odd that this is actually in some ways to his detriment, but the truth is I never worry if I miss a Moka Only album here and there. I assume pretty much anything he drops is going to be good, and he drops so much stuff that if I only get one album a year and he puts out three to four, whichever one randomly grabbed my attention will be as fresh as any of the rest.

“Magickal Weirdness” epitomizes this quality and many more of his trademarks. It’s a deceptive album if you only study the tracklisting. You might at first be fooled into thinking it’s the arrogant excesses of an already prolific rapper given that it’s 32 tracks long, but not a single one is longer than 2:59 and over half are under half that long – 1:30 or less. The result is an album where the self-produced Moka indulged whatever musical whims strike his fancy, and when he decides to dig deep for a full length track like “More Rugged” it’s a relaxed and enjoyable affair. The big surprise here is that Grand Puba comes on to make it a duet, which was tipped even before I looked at the tracklist when Moka starts imitating Puba’s classic “360” rap – so when he says, “Yo Puba how it go,” I got the instant Kool-Aid smile.

Puba: “Go ‘head mami make that ass shake (boom)
Hard enough to cause an earthquake
Uh-huh – it’s Grand Puba on the first take
Yeah – wiggle more ass than spring break
It’s kind of easy tellin the real McCoy from the fake (agreed)
Been doin this since cassette tapes
I be that veteran peddlin (what?)
Some of that feel good medicine”

It’s noteworthy that this is also the only guest appearance on “Magickal Weirdness,” which goes to show that Moka O doesn’t need to rely on a pro to ehance the flow, so if you don’t know act like you know. This album is all about the vibes and stuff, and by that I mean it has a very Tribe-like quality from start to finish, or perhaps a Dilla-esque one. Given the short length of the tracks it could be argued it’s the best of both. I definitely get that Jay Dee vibe from songs like “Light of Your Life” and “Movin.”

That dark funky jazzy Tribeness comes through loud and clear on joints like “Ain’t It Somethin’ Doe,” “Away to You” and “Just Dwell.” I know he kept the cameos limited here, but I’d LOVE to hear Kamaal the Abstract on the latter.

The bottom line is that while his former Member-ship may be better known for hard hitting and occasionally macabre tracks (owing in great part to the influence of the tormented Madchild), Moka Only seems to have a bubbling personality that’s never brought down by the weight of the world. Take it from him on “Hit the Nail”:

“Your psychic nightly
With black and white keys, so gimme the mic please
And lightly so, my status grow, tyrant
cause I let the power in, always been scourin
the land for the spice to use for you!
And if you confused then we ain’t the two!
See this is for the ones that’s already in tune
And we tune out the BS (the BS… the BS…)”

In an era of hip-hop where it’s fashionable to be negative either about the culture or the other participants in it, Moka Only is a ray of sunlight to shine on your stereo and blast away the gloom and doom at least for a little while. It’s not a forced cornball positivity, nor is it a sermon on the pulpit, it’s just a natural expression of a man who is very confident in his ability to make good rap music. Given his lengthy track record of doing it he has every right to feel that way, so share in his good vibes.