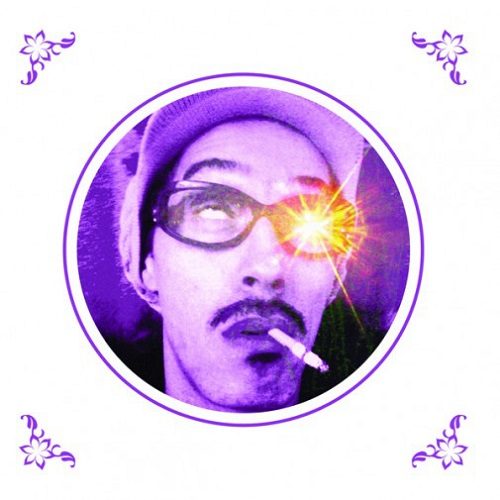 Moka Only’s staggering rate of album releases continues with his latest Ron Contour project. “Saffron” is the third Ron Contour project released in the last 12 months, following “The Beach” and “The Summer of Ron.” Ron is one of Moka Only’s alter egos, a cousin who decided to follow Moka in his rap aspirations. Ron released his debut close to ten years ago with “Moka Only is Ron Contour.” The title is explained as a deception used by Ron to piggy back on his famous cousin’s name, but Ron insists he is his own man. The light hearted, humorous aura surrounding Ron translates well to his music. “Saffron” is a laid back affair that will surely be enjoyed by Ron Contour fans.

The first significant thing to note about “Saffron” is the fact Moka Only doesn’t handle the production. Instead, Ron Contour enlists the help of Factor, the same producer who did some work on Moka’s “Dog River.” Moka fans need not fear as Factor does a great job filling in for Moka. Factor provides a varied mix of music for Ron to drop his lackadaisical rhymes over. “Check It Out” is a jazzy number accented by soft piano keys and smooth vocal samples. “Glad” is a surreal, pop influenced affair. “Diner” is as upbeat as the music gets, with Factor lacing double time drums with reverberating synths and vocal samples. Overall, the production maintains a steady vibe, with a few choice cuts rising above the norm.

Ron Contour serves as an even more abstract and esoteric version of Moka Only. Over the course of “Saffron” he addresses mostly mundane topics and somehow makes them interesting. On “Confused Nougat” he proclaims:

“I don’t want to harbor feelings
Ron at the harbor, hard core feelings
Better see the barber, it always do me one better
Getting prim, brand new sweater
All the damn shit I don’t ask for
Ron is a one man task force
Mulling it over at the suburban pub
Maybe go shopping for Persian rugs”

If these lines seem a bit random and nonsensical, you are not alone, “Saffron” consists of 30 minutes of similar verses. “Cheese Toast Feast” finds Ron declaring:

The verses on these songs are for the most part interchangeable, with Ron only keeping to a cohesive concept for parts of a song. Your enjoyment of “Saffron” will depend greatly on your appreciation of Ron Contour’s rhyme skills. While much of the art in Moka Only’s rhymes is the ability to incorporate concepts and rhymes you might never have expected to hear in a rap song, there are plenty of dope lines to be mined from the raw verses.

In comparison to other Moka Only albums I’ve heard, Saffron ranks somewhere in the middle. I thoroughly enjoyed Factor’s beats through and through. The music alone makes the CD enjoyable. Ron Contour on the other hand can’t get a universal recommendation. While his rhymes are enjoyable on some levels, they don’t carry the universal appeal of more conventional Moka Only verses. If you can dig abstract lyricism and enjoy the art that can be found within esoteric verses, you’ll likely enjoy “Saffron” quite a bit. If you’re a fan of Moka Only’s more traditional style and his work with Swollen Members, Ron Contour might be someone you want to preview before you take the dive.