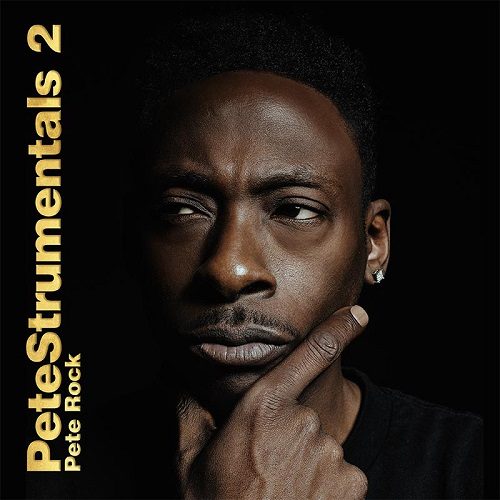 J Dilla’s 2006 album “Donuts” is the instrumental hip-hop album that I compare all instrumental hip-hop albums against. What Dilla nailed with “Donuts” was using beats as a way to explore his musical past, referencing songs from his parents’ record collection and songs that inspired him to become a producer and rapper. Pete Rock’s “Instrumentals 2” follows in this tradition, serving more as a reflection on the music that influenced Rock rather than a beat tape. It doesn’t quite have the gravitas of Dilla’s masterpiece (being that it wasn’t written on his deathbed), but it is still a nice journey.

Pete Rock has been making beats for longer than most younger hip-hop producers have been alive, and his old school roots still shine bright on this album. He’s still flipping soul and jazz samples, and does so with a master’s touch. He can take a few seconds of an obscure song and turn it into a beat. Most of the tracks are contracted with a snippet of piano, a guitar chord, some strings, a vocal sample repeated over and over. The backbone of all of the 20 tracks here are Rock’s drums. From his work with C.L. Smooth to his work with Nas through the present day, a Pete Rock almost always has solid drums. Sometimes they hit hard, sometimes they are understated snaps, but they are always front and center in a way that you don’t always here in contemporary instrumental hip-hop.

There are several tracks that explicitly reference Pete Rock’s hip-hop past. “Clap Your Hands” has a sample of an old school rapper (Master Rob?) saying “Just clap your hand to the beat/because the beats make you clap your hands.” “90s Class Act (EK)” has a beat straight out of 1990. There’s also a nod to Dilla on the Dilla-esque “Dilla Bounce (R.I.P.).”

Rock finds a balance between offering short snippets of beats, as many beat tapes do, and letting grooves ride. Most of the tracks here are between 2-4 minutes, which gives the songs ample time to ride their groove without rushing into a new idea. There is a lazy, languid feel to the album, which adds to its sense of melancholy and nostalgia. The album also flows together nicely,without drastic stylistic or tempo changes. It feels like a trip down Pete Rock’s memory banks, catching little glimpses into the music that shaped who he is an artist.

“Petestrumentals 2” is a worthy follow up to “Petstrumentals,” and a must-listen for any fan of Pete Rock or instrumental hip-hop.