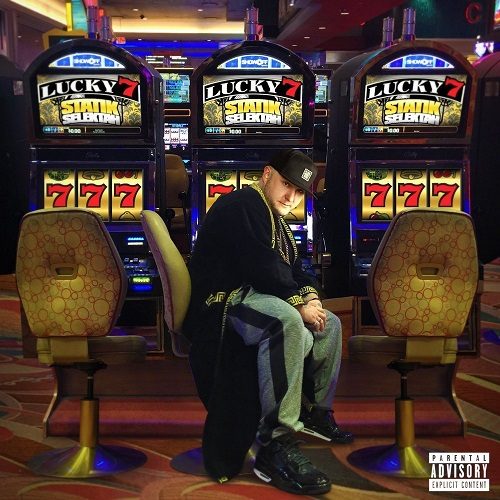 Statik Selektah is a machine. Since 2007’s “Spell My Name Right”, he has had seven albums (not including various projects with Saigon, Bumpy Knuckles, Action Bronson, Termanology et al) and grown from a Premo-styled boom bap producer in to one of the heavyweight names you’d welcome on a new album’s production credits. He’s not quite at the DJ Premier or Pete Rock level of “Ohhhh s*** you got a beat from that guy” – let’s say the A-list, but he’s certainly on the B-list (Marco Polo, 9th Wonder, Apollo Brown). His own albums have become an almost annual fixture in the Hip-Hop release calendar, and while they have varied in quality over the years, none of them have been bad.

In fact, the first few were excellent listens and capitalized on the 90s throwback movement when many of the original producers of that time period weren’t quite delivering music that met the high expectations they had brought on themselves. It was only after a few albums that it became clear Statik Selektah did have his own sound and wasn’t mimicking the likes of DJ Premier, although he’s clearly a huge influence.

The younger artists show the older cats how it’s done throughout “Lucky 7”, which is refreshing and a testament to Statik’s continued faith in up-and-coming emcees. The energy that Bodega Bamz, Rapsody, Dave East and Mick Jenkins supply is just what the album needs, and what made the likes of “Stick 2 The Script” and “100 Proof” great for nodding your head to. With his trademark, crisp snares and clean piano chopping, Mick Jenkins’ “How You Feel” is the quintessential Statik track:

Frequent collaborator Joey Bada$$ is ever-present, delivering not just strong verses but a true gem in “Alone”, a personal song highlighting how he still feels alone in America, despite all the connections he has, and the deep crew he rolls with.

Running with the number seven theme, Statik dropped this album on July 7th (7/7) and the track “Scratch Off” talks about scratchcard addiction, but well, that’s about as far as the theme goes. Statik has been quoted as saying he is tired of the format of his albums and this will be the last one, which is refreshing to hear but doesn’t stop this album from being held back by the same limitations his previous LPs had. Minus “Top Tier”, the album’s best moments come courtesy of the newer, younger emcees, highlighting the different hunger levels on display.

This is the one element that has altered in the past eight years, with Styles P, Talib Kweli and M.O.P. appearing on almost every LP, their tracks have gradually changed from the most to the least impressive. The ratio of veterans to upstarts has reversed, and you have to salute Statik for putting his faith in youth when it’s easy to accumulate as many recognisable names as possible to appease older listeners. I’m glad Statik has called it a day on these “compilations”, and if anything, they have proved that he is a versatile producer, but that his best projects tend to be the more focussed, collaborative ones. In fact, I believe his best work is yet to come, which is down to a decade of hard work, not luck.