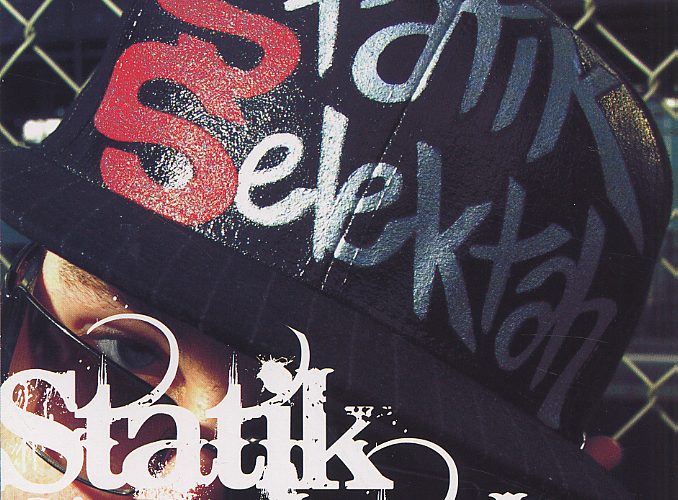 I’m not the biggest mixtape fan. Unless it’s a group that I absolutely love (Little Brother, for example, with “Separate But Equal,” their installment in DJ Drama’s Gangsta Grillz legacy) or an emcee who decides to flip the concept of beat-jacking on its ear and spit over ’90s instrumentals (Kardinal Offishall and Clinton Sparks’ “Do the Right Thing”), I’ve never really had an affinity for the mixtape circuit like so many other Hip-Hop fans my age. Hell, even my sixteen-year-old Jack Johnson fanatic brother hits up DatPiff.com for the latest Weezy tape.

So, in order to not feel too left out, I decided to download this Nas promo mixtape called “The Prophecy 2 (The Beginning of The N),” which was also mixed by this cat named Statik Selektah. What caught me about it was not only Statik’s seamless intertwining of new, old, and unreleased Esco material, but also his beatmaking skills such as his remix of Nas’s street single “The N.” Though the beat seemed relatively simpleâ€”a lone three-note flute loop over a banging breakbeatâ€”it gave Nas one of the best instrumentals he’s spit over in years.

That was my first introduction to this upstart DJ (and that’s in the truest sense of the term) from Lawrence, MA, hometown of such underground kings as Krumbsnatcha and Termanology. He’d later create music for and host Royce da 5’9″‘s fantastic “The Bar Exam” mixtape, as well as give beats to AZ (2006’s “Animal”) and Foxy Brown (this year’s semi-Firm reunion “Too Real”). So when I heard that he was dropping a compilation album that would not only be a showcase for his networking skills, but a display of his production prowess, I immediately put down my money on iTunes and copped it.

First, let me make it clearâ€”anyone who’s looking for a Kay Slay-type album with a loose collection of hardcore street records being played underneath a screaming host is going to be extremely disappointed. And anyone who absolutely despises joints like those (like myself) will be delighted. This album’s a gemâ€”released in November of ’07, I was actually surprised that it slipped underneath RapReviews’s radar for this long. The guest list alone warrants an honorable mentionâ€”Joell Ortiz, Kool G Rap, Q-Tip, Freeway, Cassidy, Jadakiss, Styles P, Sheek Louch, Royce da 5’9″, AZ, and Cormega all come through to bless Statik with some gems.

The album even kicks off with a contributionâ€”albeit a brief oneâ€”from DJ Premier’s beat catalog, as Termanology spits a verse namedropping all of the people who appear on the compilation. This leads directly into “Stop, Look, Listen,” where Styles P, Term, and Tip all drop some thought-provoking shit (word to Hov). Though Panero and Termanology hold their own, The Abstract proves that he’s still on top of his game, especially when dropping gems on uneducated emcees over an ill saxophone sample, heavy bassline, and crisp, clean boom-bap kicks and snares:

“These dudes are like toddlers, who cry and whine regardless
Of all the toys they’ve acquired since they’ve been artists
Now, stop, look, and listen; this is your pop’s edition
So I’d advise you be wise and take in this rendition
Now stop the episode, before you get exposed
And all of those you turned on, will still turn up they nose
Stop bein’ self-centered, look outside yourself for once
Look with a humble eye, don’t look like a fuckin’ dunce
You’re not the shit because your music, people listen to it
You’re like a Mack truck playin’ chicken with a Buick
A bad car crash, you’re rubberneckin’ on the road
They stop and they look just to see if you explode
I hope you’re listenin’, cuz this is rightful shit to hear
I hear my own advice, don’t worry, it’s inside my ear
And as you listen to the end of the shit I spit
Statik Selektah’s on the beat, it’s ya nigga Tip”

Of course, I have to mention that Kamaal isn’t the only veteran to have a strong showing on this album: Kool G reps lovely with his timeless flow on “6 In the Morning,” alongside Sheek Louch and Joell Ortiz; A.G. from the legendary Diggin’ In The Crates crew brings his swagger onto the nostalgic bass line and subdued drums of “It’s Over Now”; and “Did What We Had To Do” is a throwback ode featuring KRS-One, Large Professor, and Larry Cheeba spitting over one of Statik’s ill breaks and dusty loops.

However, one of the best songs on the album comes from one of the more unknown guest emcees: Statik’s fellow Lawtown rep Reks, whose introspective “Big Dreamers” is more than just the same clichÃ© story of a young rapper on the come-up:

“From my bedroom, I could see the skyscrapers
and I’m guessin’ if I’m closer I could see my reflection
Well, then I’m reflectin’, I could see myself in ’em
Sittin’ in a penthouse, sittin’ on a million
Big dreamin’, everyday civilian
Waitin’ on my superstar, shootin’ star feelin’
Killin’ time scribblin’ lines on park benches
Watchin’ people pass back and forth endless
And it’s a feelin’ that I get when they pass like fallin’
As if they had a chance, didn’t heed the callin’
Opportunity knocked, they kept ignorin’
Forcin’ me to focus on my pad as the ink kept pourin’
Givin’ up linguistics, formin’ to my dialect
See the big picture like IMX
I am Reks, one in a billion on a yellow brick to Oz
Join a fellowship of bar-spitters, all for the cause”

The beat is again another fine production, with a haunting vocal sample, twinkling bells, and a slick guitar loop. Matter of fact, there isn’t a bad beat on this album. Though Statik occasionally attempts to rehash a couple of loops that should have officially gone the way of the dodo in 2008 (Sister Nancy’s “Bam Bam” on the track of the same title, which has been used by everyone from Main Source to Guerilla Black) or attempt to recreate classics that should never be touched (“Express Yourself ’08”), he certainly doesn’t make lackluster instrumentals.

All in all, the project is a fine official debut for Statik Selektah, who promises to be one of the rising stars on the scene for a long time to come, and definitely one of the few mixtape DJs who I’ll be interested enough to bump on the iPod for a long time.