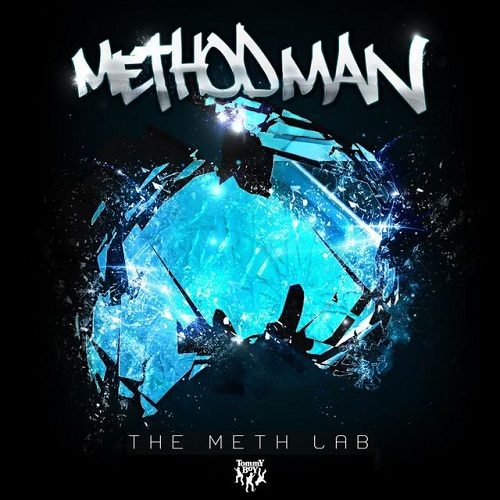 t things first, this isn’t an album in the traditional sense, or it would be the worst LP in Method Man’s admittedly underwhelming discography. Fans have waited a long time for a new Method Man album, the last one being 2006’s “4:21… The Day After”, which was his second best offering following the bloated mess that was 1998’s “Tical 2000: Judgment Day” and 2004’s excessive collaboration project “Tical 0: The Prequel”. I recently revisited Meth’s debut “Tical” and it was noticeable how few guests he had compared to his later albums, and it’s a pattern that further proves why Method Man NEEDS an album to himself. He’s one of the most charismatic emcees in Hip-Hop history – let him take us somewhere God damn it!

Just as the best album tracks on “Tical 0: The Prequel” and “4:21… The Day After” saw Meth riding solo, “2 Minutes of Your Time” highlights just how much charisma the Ticallion Stallion possesses. It makes no sense to crowd out one of Hip-Hop’s most beloved emcees on a project bearing his name.

There are some redeemable qualities to “The Meth Lab”, unsurprisingly when Wu-Tang Clan members lend a helping hand. “The Purple Tape”, featuring Raekwon and Inspectah Deck (produced by J57) is a legitimate banger carrying over the satisfying, piano-pounding sounds heard on tracks like “Is It Me” and “Dirty Mef” nearly a decade ago. I wouldn’t mind hearing J57 working with the Wu more often, as he’s been dropping heat for years now. “The Purple Tape” alone, sounds like an album track with superior mastering and an altogether more professional final product than all the songs that precede it. “Intelligent Meth” operates on a similar level, boasting a sinister 4th Disciple production and one of the more memorable Streetlife appearances.

Production is mixed, with recognised names such as J57 and 4th Disciple delivering the better beats, but the reliance on Pascal Zumaque’s dated style of production is questionable. The first half of the album sounds like an early 2000s Papoose mixtape, without the impressive lyricism or dynamic storytelling. This album was released on Hanz On Music, and it feels like a collaborative mixtape in that respect, with Hanz On appearing on ten of the nineteen tracks. Considering one of them is an Intro, and another is an Outro, that’s (keeping with the numbers theme of this review) 59% of the album. Billed as an album from Staten Island’s resident street rappers, “The Meth Lab” is effectively a mixtape to hype up fans for the true Method Man album, “Crystal Meth”, due to be released later in 2015.

“The Meth Lab” has been released as a Method Man album however, which sets listeners up for a huge disappointment. As a mixtape, it works, but is nothing more than generic New York street rap set to some largely forgettable instrumentals. Here’s hoping “Crystal Meth” is the pure Meth it’s billed as, and we may hear another great Method Man album that makes amends for previous disappointments, including this one.