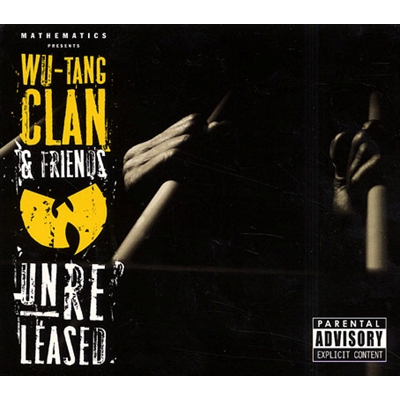 After a strong 2006 and with an even stronger 2007 in their sights, the Wu-Tang Clan is once again raising their banner. With projected new releases from the group itself and some of its more prominent members on the way, there is a buzz around the Clan has hasn’t been heard in years. With this, it is only expected that there will be a flurry of second-tier Clan releases from artists trying to capitalize on the Clan’s re-emergence.

Enter Mathematics. One of the more famous Wu-Tang producers, Mathematics has been responsible for some of the greatest songs in the Wu catalogue. So, when he releases an compilation of unreleased Wu-Tang tracks, fans can only assume that it will be filled with bangers.

Unfortunately, they’d be wrong. The title “Wu-Tang Family & Friends” is misleading, because the focus isn’t on the core Wu-Tang members nearly as much as their “Family & Friends.” Only seven of the twenty tracks feature any of the original nine, and only three with more than one member on the same track. This doesn’t necessarily make a bad album, as many of their second tier members are excellent rappers, but even with Killah Priest, Streetlife, and Shyheim featured on a few tracks, the album is littered with no-name rappers who can’t hold a candle to any of the Wu’s better members.

Even worse, Mathematics’ production is generally underwhelming. The Wu-Tang’s producers are often criticized for copying RZA’s style too much, but when Mathematics doesn’t, his production is overly simple, without RZA’s trademark grit to save it. Much more than the occasional bad rap effort, the production makes “Unreleased” drone for most of the record.

There are some highlights to be found on the disk, for certain. The remix of “Wu-Banga 101” from Supreme Clientele offers a different take on both an old beat and a classic song, without losing too much from the original. But with “Da N (rmx)” also borrowing from previously released verses from some of the other Wu-Tang members, two of the three songs featuring more than one Clan member essentially offer nothing new for a fan of the Clan. Putting Wu-Tang on the cover will sell some albums, but is ultimately exposed as a scam.

Ironically, the strongest tracks on “Unreleased” don’t feature any of the core members. One of the most underappreciated rappers in the game, Killah Priest steals the show over the haunting vocals of “U Don’t Care,” and Shyheim drops generally high quality verses in several spots.

Ultimately, it’s inexcusable for an album released by a producer to be weak on the beats. “Unreleased” isn’t just weak either, it’s a badly produced effort. Some tracks were left unreleased for a reason, and this album is filled with them. There is nothing to recommend this album, either to Wu-Tang fans or fans of Mathematics. Even the biggest Wu-Tang fan would be well advised to save their money, and wait for the undoubtedly better products that will be released from both in the future.