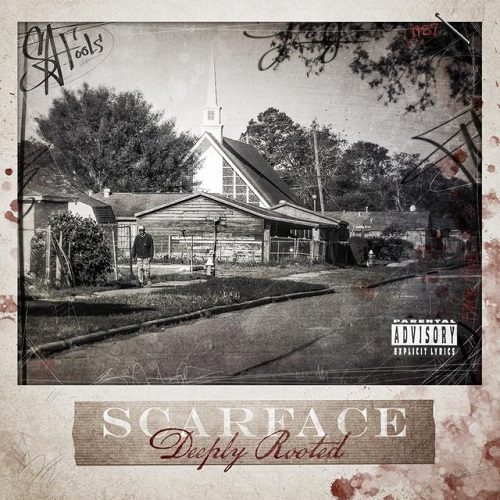 “When I sit down to write, I want to be the voice for every underprivileged kid who feels like there isn’t any hope out here. At the same time, I want to let everyone who doesn’t know what it feels like to face a lifetime of hopeless bullshit to immediately understand that pain and that anger as soon as they hear my voice and listen to my songs. And I want both of those kids – the one who knows the pain all too well and the other one who’s only experienced anything approaching that kind of pain through my music – to know that the shit that I’m putting on my records is the truth. That I know all of this shit firsthand and all too well. That’s just how I was raised. I was taught to write your heart, and if you’re not crying when the song’s done, then you didn’t write the right song. And I’ll be damned if I don’t try to write the right song every time out.”

For a long time lyrical skill in rap was chiefly defined by features such as metaphors, multis, punchlines, quotables, sixteens and other specifics. The role of songwriting was often ignored (or reduced to hooks), even though its importance to an artist’s immediate success and projected legacy was obvious. The time’s most successful rap acts always had strong song material, from Grandmaster Flash & The Furious Five and Whodini on down to 2Pac, Nas and Eminem. Among the rap artists who touched listeners specifically through the song format is Brad Jordan, author and co-author of epochal rap songs like “Scarface,” “Mind Playing Tricks on Me,” “A Minute to Pray and a Second to Die,” “Six Feet Deep,” “Now I Feel Ya,” “I Seen a Man Die,” “Smile,” “The World Is a Ghetto,” “Look Into My Eyes,” “On My Block” or “G Code.” Looking beyond the details at bigger issues, Scarface has introduced topics such as death and mental disorders to rap. And he almost always added a social dimension.

These are incredibly high standards to meet – write songs that relate and prompt strong emotions, songs that convince and are understood, sincere songs, that are socially relevant and not afraid to touch on taboo topics. No one can fulfill them all the time. Scarface has long secured his place in rap history as one of the greatest rappers and songwriters. His continued presence should be prized, and his latest, “Deeply Rooted,” is another reminder of what the individual known as Scarface has to offer to the whole of rap. Especially now, when the times may just be calling for a traditional rap album that gets back to the basics. And traditional it is, delivering unapologetic yet insistent street sermons over orchestral concrete funk composed by longtime collaborator N.O. Joe.

Like any established artist, Scarface has his themes that he pursues. Understandably, he begins with the claim-staking, g code-lecturing “Rooted,” although lyrically it literally sounds like an abstract of thousands of rap songs that came before it, to the point where this writer briefly wondered if the rapper was cleverly quoting from the rap canon. That would have been quite a feat, the way the song not only talks sense but also makes sense. Also, like any truly great artist, Scarface is continually awe-inspiring, even when he’s on autopilot. “Dope Man Pushin'” sees him defend his territory with the most menacing growl he can muster. “Anything,” musically sprawling and lyrically succint, is yet another psychogram of the adolescent hustler. “Fuck You Too” is much more detailed than the title’s conclusion may suggest, Face summing up his life experience in both the simplest and strongest terms.

Like most rappers Face is prone to drop you off sometime in his past, leaving you to put the pieces of the puzzle together. As vivid as the aforementioned are, they remain chronologically vague. He does score extra points when he zooms in on the timeline, narrating how quickly black men are caught up the judicial system on “The Hot Seat,” or describing his impatient younger self sitting through church service in the first verse of “All Bad.” “Keep it Movin'” is the now obligatory break-up theme and possibly his most fine-grained to date, while “You” is the latest in a long line of touching rap odes to mothers. But it’s one of the singularities of the artist that he develops his songs across the stanzas, so that “You” turns into a broader portrait of family life, just like “All Bad” follows young Brad’s wheelings and dealings after the Lord’s Day and does not hesitate to break the fourth wall when calling attention to the fact that the conditions society now is up in arms about rappers like Scarface have been describing for a long time.

The climax of Scarface’s 2015 songwriting exploits is “God.” Toning his delivery down to a genuine meditation, he divides the song into three sections, wondering first what Brad Jordan would do if he was God, then what the world would look like if Satan would occupy the same place, before finally pulling back the curtain on religion, politics and society. The name that has to be mentioned at this point is John Legend, one of the highest-profile features on Scarface projects so far, whose emotive vocals hold the song together and make it a contender to reach the next level. The hooks are indeed crucial in that there’s never been so many on a Scarface album and that they can make (but thankfully not break) a song. Cee-Lo Green is a perfect fit for “You,” holding back his theatralic impulses. Z-Ro is a natural match for “Fuck You Too” but goes only some way towards making the Nas- and Rick Ross-featuring “Do What I Do” feel less patchy. G.I. expertedly leads the gospel choir of “All Bad” (whose piano recalls Nashiem Myrick’s production for “On My Block”), and Jack Freeman sings the jailhouse blues on the deceptively relaxed “The Hot Seat.” Avant makes “Keep it Movin'” eligible for a quiet storm playlist, but the sweltering, thick-as-molasses “Anything” could do without Rich Andruws and his Akon act. Papa Rue tops “Rooted” with his euphoric chanting and finds his reggae-tinged lilt contrasted by siren-like singing on the hard-hitting “Dope Man Pushin’.”

Guest singers are also elementary to two of Scarface’s unlikeliest tracks as of yet, mainly because of their pop outfit. Luke Walker’s “Steer” is contemporary pop/rap with a dash of dubstep and a modern chorus courtesy of Rush Davis. At the very least it’s interesting to hear Face’s typical inner monologue interrupted by bursts of action in a different musical context. Even more radio-sounding is “Voices,” which enlists the talents of an unknown production duo and an uncredited pop singer. Here it is harder to make out the Scarfacian character of the song. “Voices” is probably a song most Face fans will reject (before they’re appeased by the addition of last year’s brutal comeback track “No Problem”), and given how solid (beyond considerations of ‘current’ or ‘timeless’) “Deeply Rooted” sounds, it is a vain reach for crossover appeal. Still if any rapper has earned the right to experiment, it’s Mr. Scarface.

If you only listen to the first seconds of each track, you could be under the impression that one of rap’s realest and hardest has gone soft. In reality N.O. Joe is as reliable as ever (with assistance from Ervin ‘EP’ Pope, Nottz, Chuck Heat and Spuf Don), delivering high-potent beats consistently like only top-tier producers of his ilk can. With Mike Dean bookending the album with his trademark contemplative note and the sequence flowing seamlessly, you have a vintage Scarface album, one that is decidedly more conclusive than his final submissions to Rap-A-Lot in ’07 and ’08. Scarface doesn’t present any new findings and as usual he can come across like a character actor in a genre movie, but ultimately “Deeply Rooted” is what Brother Mob is known and loved for.