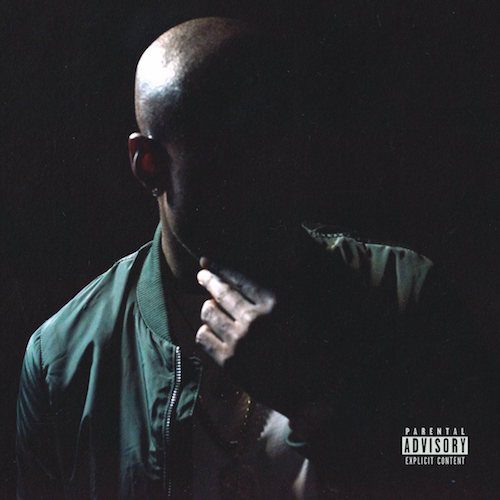 Freddie Gibbs :: Shadow of a Doubt

There’s only one problem with releasing an album of the year candidate – you’re expected to achieve that same level of dope the next time out. The good news is that Freddie Gibbs knows more about DOPE than most emcees. In fact it’s more or less the basis of his credibility – the fact he did a lot of messed up things in Gary, Indiana while on the come up. Signing with Interscope Records was supposed to be his ticket out of that life, but this is the time we cite that old “industry rule #4,080” made famous by Q-Tip on “The Low End Theory” album: “Record company people are shadyyyyyyyyyyyy.” It took nearly eight years to rebound from his first deal’s f—ery, and if he did some dirt to make ends meet in the interim I doubt anyone could blame him.

The point here is that Freddie Gibbs comes from a place of authenticity when he talks about having to hustle, and backs it up with a ton of charisma and lyrics that are more clever than simply rapping about trapping. When Gibbs wants to flip a fast flow that’s entirely within his forte as well, which makes a track like his “Extradite” duet with Black Thought on “Shadow of a Doubt” a true treat. It would be easy to criticize Mikhail for jacking the overjacked “Nautilus” for the track, but this may be literally the last tag team capable of bringing something new to the loop and keeping you mesmerized by their performance. It doesn’t do justice to any part of the song to quote the bars – the whole thing is machine gun funk you’ll live and die for.

I’ve got some bad news for fans of “PiÃ±ata” though – Madlib is conspicuous by his absence on “Shadow of a Doubt.” It’s not just that he decided ahead of time not to do the whole album this time around and shared the load with other producers – it’s that he didn’t do ANY of the album. There’s not a single Madlib track here unless there’s a SUPER deluxe edition with more bonus joints that I’m not aware of at press time. It would be hard to bonus anything more onto the deluxe album anyway – it’s already 17 tracks long and clocks in at well over an hour. You can’t say that Gibbs wasn’t thorough with his follow-up.

The flipside of the equation is that there are some collaborations on this album that probably wouldn’t have made sense on a Madlib beat, such as E-40 and Gucci Mane on the Sid ‘Speakerbomb’ Miller produced “10 Times.” Anybody who is familiar with my writing on this site knows I have a skeptical eye on Gucci Mane at all times, but this is a trio that compliments each other and actually comes off like a new Bay Area rap group even though they all hail from different parts of the country. If they released an EP under this line-up with Speakerbomb producing I wouldn’t be mad at it.

I was highly skeptical of “Shadow of a Doubt” going in given that Madlib took a pass on it for whatever reason he likes. Maybe he simply recognized that they weren’t going to achieve the heights of their first collaboration no matter how hard they tried. That being said taking a pass on even trying is a mistake in my book, because what Gibbs is proving on “Shadow of a Doubt” is that all he needs is somebody who can EQ his vocals right with a beat that’s tight. Some of them just lay in cut and let Gibbs and his dominant persona take over a la Mike Dean on “Cold Ass Nigga.” Others like Superville, 6-18 and Superdriiv give him some super smooth dope you wouldn’t be surprised to hear Future or Kendrick Lamar on for tracks like “Lately.”

And just in case you forgot where he comes from in Indiana, Gibbs goes back to his roots and starts whippin’ in the kitchen on “F—in’ up the Count.” Boy-1da proves a more than able replacement for Madlib on this one.

The bottom line on “Shadow of a Doubt” is that you need to not make the mistake I made of expecting Gibbs to keep rolling with Madlib on every album that he drops from 2014 onward. He’s just fine without Madlib on the boards, and given how many dope joints Madlib has done for a variety of artists, he’s going to be just fine too. Perhaps they’ll even come together and collaborate again in the future. In the meantime “Shadow of a Doubt” may not wind up on every “Album of the Year” list like “PiÃ±ata” did, but I wouldn’t be shocked if it ended up on quite a few.