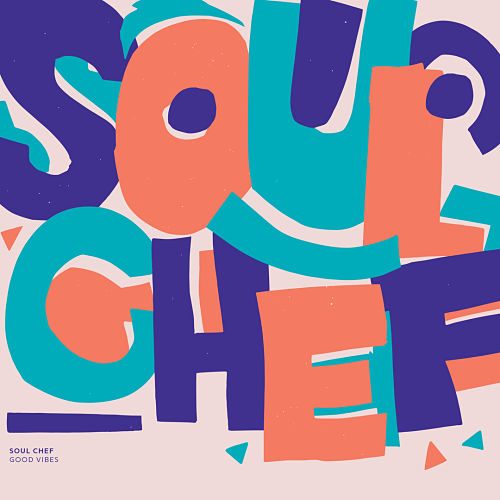 At RapReviews.com, good vibes is always a plus when reviewing a record. Dating back to 1999, we have judged music on “Lyric Vibes” and “Music Vibes” to try and get to a numerical value that sums up the beats and rhymes on a scale of 0 to 10. This is tougher than it appears, as some albums are difficult to judge on just beats and rhymes, but it’s always nice when an album does what it says on the cover. SoulChef is a producer from New Zealand whose theme here is positivity, and “Good Vibes” is a bit like a sunny, summer holiday for your ears.

Now, there are beats and then there are BEATS. I’m talking Doppelgangaz’ “Barbiturates”, Moka Only’s “Oh Six” and Jaylib’s “The Red” – beats you have to keep bringing back. Beats that overshadow whole projects. SoulChef’s “Pause” can be added to the list too, with a hypnotic, skull-slamming instrumental that relative unknown Akin Yai rides effectively. Just as with any track where the beat is the clear highlight, he complements the track more than anything. “Summer Rain” is perhaps too dainty for its own good, and Chima Anya’s presence doesn’t quite do justice to SoulChef’s delicate balance of huge bass and what sounds like strokes of a harp. This pattern continues throughout “Good Vibes” – strong production and average rapping.

Before it all gets a bit too chilled out, DJ Venum cuts up some Big L and Guru on “Sunrise 2 Sunset”; a cold splash of fresh water to the grill that gives the album a much-needed lift. “Ride With Us” sees Noah King sharing experiences of racism which is surprisingly rare in Hip-Hop and stands out even more so amongst the safer topics on tracks such as “Keep It Real” and Declaime’s “Woke Up Making Money”.

My main criticism of “Good Vibes” is that some of the emcees lack a certain presence needed to carry the less interesting songs. This holds back some special instrumentals (“For My People” being a prominent example) that can drown out some of the rhymes – SoulChef’s clearly a polished, professional producer who just needs a higher calibre of emcee to bless his beats. Hopefully “Good Vibes” gains SoulChef some extra exposure and attracts artists like Substantial, Skyzoo and Supastition, because he could be the next big thing in underground Hip-Hop.