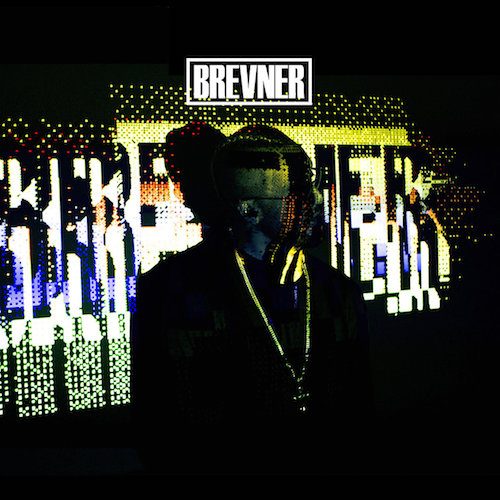 I wasn’t aware that the hip-hop scene in Van City was dead or dying, but unintentionally that’s what the press release for the “Brevner” EP is implying with the following statement.

“With the few successes of Vancouver’s remote hip-hop scene fading away into history, Matt Brevner’s arrival marked the start of a new generation of game changers for the city. Shaped by his Trinidadian and Japanese roots, Brevner’s gritty honesty, matched by his consistent hustle, set a new standard for the underground.”

Maybe I missed that moment that Swollen Members up and “faded into history” or the prolific Moka Only retired so “a new generation of game changers” could take his spot. Merkules and Snak The Ripper must be done too – I never got the news update. Obviously press releases and one sheets are prone to exaggeration and hyperbole, but I think many emcees and deejays in Surrey and Gastown would beg to differ that there are “few successes” in their territory and that they all “faded into history” before Brevner came along.

That’s starting on a more sour note than I really intended – the truth is I think Brevner’s self-titled EP is just fine. It struck a weird vibe at first because before this review I had been casually listening to an album by Da Mafia 6ix, just gathering my thoughts before tackling a new album, but when I hit play on “Brevner” I thought I screwed up and had labelled something wrong. “BNE” not only sounds like a Memphis rap song, it even has a featured cameo by Project Pat.

If that was one isolated incident I’d think that the Van City rapper was just trying to branch out beyond the typical independent underground rap record and work with some unexpected guests. Everybody wants to work with Primo and Alchemist or sound like Macklemore and Kendrick. Why not be different? Well Brevner is definitely different but moreso than I would have expected. If his press release hadn’t made a point about it I wouldn’t have guessed him for a B.C. emcee at all. “Count.Money.Smoke.Weed” features Ant-Live, King Louie and Project Pat. “Give a F—” features Rome Fortune. “Jane Doe” features Riff Raff. This album sounds more like the Dirty South than Hollywood North.

I spent a lot of time searching through the 34 minutes and change of Brevner’s album for that thing that made him unique, distinctive, and so utterly game changing that he left his city and province in the dust. It’s not there. Brevner likes to drink, smoke, party and AutoTune. He’s more Fetty Wap and Future than he is Madchild or Prevail, and that’s fine I guess. I wouldn’t want him to be a clone of people that he claims have faded into history, but I wouldn’t want him to be a clone of anybody else either. It’s not bad that he sounds like Canada’s version of Lil Wyte – it’s just that we already have one so we didn’t need a second one.