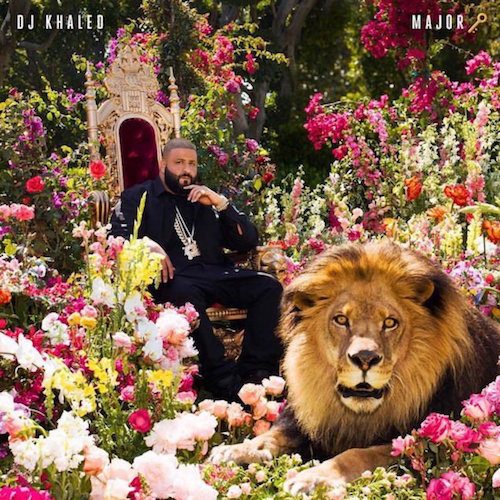 Even if DJ Khaled is “Suffering From Success,” it clearly hasn’t been an impediment to his hustle muscle. In fact it’s the kind of malady most artists in any genre of music let alone hip-hop would be happy to have. Even though he’s been criticized in the past for lacking substance, it’s hard to argue with the fact that he assembles an all-star roster on each album, and invariably each one of those albums drops multiple hit singles. “Do You Mind” is the textbook example off “Major Key.” It’s a who’s who of rapping singers and singing rappers – Future, Chris Brown, August Alsina and Jeremih – plus Nicki Minaj and Rick Ross to bring it home.

The heavyweights only get heavier from one single to the next though as Khaled brings Future back and then puts Jay Z (sans the hyphen) on “I Got the Keys.” The video is arguably more powerful than the song. It’s a harrowing black and white visual about police profiling and prison overcrowding culminating in a tense showdown in the yard between an all white riot squad with their helmets and batons ready – staring into a sea of black men impeccably dressed like Malcolm X in the 1960’s. I love the visuals of the video but the “keys” being moved have nothing to do with cell block doors.

Neither of these songs are close to being my favorite off “Major Key” though, an hour long album with plenty of choices and more cameo appearances than just about anybody in the game could afford. The highlight to me is either the Nineteen85 and Ullman produced “For Free” featuring Drake or the Cool & Dre laced “Nas Album Done” which (surprise surprise) features Nas. While so many of Khaled’s tracks tend to be overloaded with talent, it’s when he strips it back to just two or less guests that he unlocked “The Best” he can offer.

I suspect the Khaled produced “Forgive Me Father” will get more buzz though and is probably the next single given it features Meghan Trainor (of “All About That Bass” fame) along with Wale and Wiz Khalifa. At times I’ve questioned what Khaled does other than collate talent, but when he actually steps behind the boards on a song like this he delivers a fine effort. He also laces “Jermaine’s Interlude” featuring J. Cole (with help from Hollywood JB) and the New York centric “Don’t Ever Play Yourself” (with help from Qolorsound).

Speaking of collating talent you have to give Khaled respect for the diversity of regions and styles he f#$#s with in general. It gets hella Southern on “Tourist” with Lil Wayne and Travis Scott, then Compton meets Detroit on “Holy Key” featuring Kendrick Lamar and Big Sean. No matter whether or not you agree with his approach it’s hard to deny that it’s an inclusive encompassing one and only seems to become moreso with each passing album.

At the end of “Major Key” I’m left conflicted since I have the feeling my opinion of it may be higher than that of my peers, and yet I’m struggling to find much to hate other than the general misogyny of songs like “Pick These Hoes Apart,” and the unbridled hedonism of “F@$! Up the Club.” I think that speaks more to my age than to the songs themselves since it’s hard to get down that way if you’re not in your late teens or 20’s. Still when the question gets asked over and over again “Just what is it DJ Khaled does anyway?” I’m going to have to answer “make hits.” If you’re not expecting an hour of profound wisdom from start to finish this is an ideal late summer mixtape to ride around to.