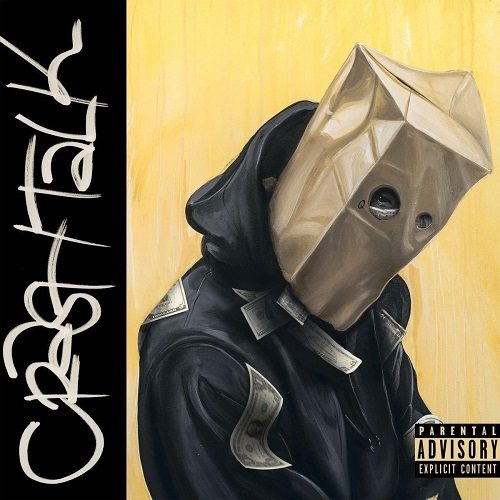 It would be easy and perhaps somewhat convenient to write artist ScHoolboy Q off as a mid-tier contender in the rap game. For in a field nearly topped-off with “top 10 of the decade”, “top 5 dead or alive” and, dare they say it, “G.O.A.T.”, hip hop artists, it is not unusual for highly talented artists to go somewhat unappreciated, if not somewhat unnoticed at times.

Even amidst the endless praise and laurels awarded to rap titans such as Drake, J. Cole, Kendrick Lamar, Future, Travis Scott and several others who have taken turns as the hottest rapper out (some more than others), there is still much to be said for the artists who are not constant sources of buzz but who still continuously put out solid, and often stellar, records with each cycle.

ScHoolboy Q is an excellent example of one of these artists. It would seem that the Hoover Street representative is seldom mentioned in the same “best of” conversations the likes of his more highly regarded contemporaries are so often a part of, even after dropping three strong (arguably great) albums in a row.

Nevertheless, this doesn’t seem to bother Q, and it shouldn’t. Neither should any naysayer purporting as if ScHoolboy Q isn’t one of the better all-around hip hop artists in the current scene; as if he doesn’t create some of the most consistent, yet fresh and enjoyable, bass bumping, yet simultaneously mindful and self-aware, music in the industry today.

The fact of the matter is this: ScHoolboy Q came into 2019 with nothing but solid, impressive albums under his belt. Toward the end of April, he added yet another.

“CrasH Talk”, Q’s fourth album, is in many ways a continuation of several themes from his previous projects. Some of these are fairly routine for Q and many other similar artists. While they don’t necessarily make for great pillars of a Q project at this stage of a game, they do serve a purpose as an element by which his art stays grounded. These include gang life, marijuana, women, riches, etc.

There is also an array of somewhat more “conscious” topics, as some might say (although rapping about coming up in a gang environment, going from having nothing to being extremely wealthy and many similar topics, while possibly overdone, are in many ways some of the most “conscious” material found in the music of our time), including coping with loss and a look at the artist’s own insecurities and shortcomings in life and a variety of other struggles. These range from a look back at the lost opportunities of his youth with lines such as “I could have been D1 but like, I wasn’t with it / My SAT’s and grades was high enough but I wasn’t with it” on the simultaneously easy-going and troubled “Tales”, to a reflection on his obligations as a father, such as when he spits a vital portion of the chorus to “CrasH”: “Daughter need new shoes / If I lose, she lose.”

One important thing to realize and recognize about ScHoolboy Q’s music is that it very rarely comes from a place of insincerity. It is certainly true that Q is no stranger to penning somewhat generic, potential party-type cuts such as “Studio” off his second album, “Oxymoron”, or “Chopstix” off this new album. This is not necessarily negative in any way but such tracks do have a tendency to distract listeners and critics from the more thoughtful, inspired records such as Oxymoron’s “Break the Bank” an impassioned hustler’s tale that recalls Q’s past life as a drug dealer and goes for the kill immediately in the song’s opening lines, “Fuck rap, I’ve been rich, crack by my stick shift.”

Nevertheless, while such “party tracks” might not be up to snuff for some listeners, there are more than enough outstanding records on “CrasH Talk” as well as Q’s three previous albums, to appease any listener who might be upset about the aforementioned “Chopstix” or the Ty Dolla $ign and YG assisted “Lies” which is franky just incredibly boring.

One of the beautiful and noteworthy things about the vast majority of ScHoolboy’s songs, however, is that they are exactly the opposite of boring, they are exciting. Aside from the 1-3 aforementioned radio cuts given to listeners with each album, there are an abundance of, not just deep, but also, flat out attention-grabbing, party-crashing, hard-hitting tracks. On “CrasH Talk” alone there are eleven tracks, ranging from good to fantastic, and most of them, tracks such as the opener “Gang Gang”, the lead single “Numb Numb Juice” and the vigorously head-bobbing “5200” are the type of songs that not only have an interesting and layered message, they also do a great job of gaining access to the modern listener’s chronically unfocused attention span, and not by means of absurdity, excessive repetition or cheapness.

“CrasH Talk” brings more to the table than simply excitement and depth, however. After all, this is a ScHoolboy Q record through and through and while the Black Hippy member and Top Dawg Entertainment artist might not receive frequent credit for it, one of his strong suits is his stellar beat selection. Q rarely runs with a wack beat, or even a subpar one for that matter. Just pull up “Gang Gang”, “Black Folk”, or “Dangerous”, for starters. Each of these tracks possess strong, highly creative instrumentals that may not always be the listener’s first point of reference but that most-definitely do their job when it comes to backing Q up and giving his lyrics and delivery a high-quality, sonically diverse accompaniment. From DJ Fu to Boi-1da, the production angle of “CrasH Talk” is excellent.

This album is yet another addition to the fantastic catalogue of a skilled, experienced and yet often underrated artist. ScHoolboy Q is a refreshingly consistent rapper and all-around hip hop artist and what is to come next from his great, creative mind will always be worth waiting for.