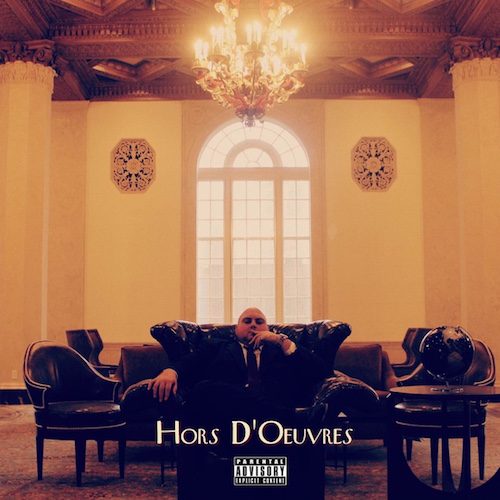 “Hors d’oeuvre: a food served in small portions before the main part of a meal.” – Merriam-Webster

As a kid growing up I heard this word when my parents were invited to parties — usually graduations and wedding receptions. At first I didn’t know what it meant but if you asked me to spell it I would have written it the way it sounded: “AW-DERB.” Even without knowing how to write it or even necessarily pronounce it properly I quickly figured out those rare times the word was spoken in presence meant (in the words of Alton Brown) GOOD EATS. The older I got the more I appreciated those opportunities to eat the “AW-DERBS.” Sometimes it was just fancy cheese on deluxe crackers. Sometimes it was savory little puff pastries filled with various delectable meats. Sometimes it was smoked salmon, sometimes it was thinly sliced roast beef and little rolls, but whatever it was the hors d’oeuvres were always delicious. I don’t think I gleaned the “before the main part of a meal” idea until MUCH later in life. Given those rare opportunities to enjoy such a treat I always ate my fill of hors d’oeuvres and left little room for the main course.

Tone Atlas clearly intends these “Hors D’oeuvres” to just be an appetizer before he serves us the full album, but unintentionally he also draws a reference to the rapper he sounds a bit like and that would be Action Bronson. When Bronson raps food references on his tracks he chops it up like a gourmet chef with a fine appreciation of the culinary arts, and he’d be exactly the type of emcee to serve you some tasty hors d’oeuvres at an album release party. Now it took a long time for people to get over this idea that Bronson sounded like Dennis Coles, and I suspect it will take equally as long for people to get over Atlas sounding like Bronson. It may just be the accent, it may be the cadence of his delivery, or it may be his breath control. Either way if I had to put my finger on it Atlas is Bronson mixed with a little bit of AZ. Don’t get it twisted though — if there’s two emcees you’d want to emulate or sound like you could do a hell of a lot worse.

The aptly named “’97 S**t” produced by Level 13 is a throwback to those heady days when the aforementioned AZ was somehow simultaneously the most underrated AND most overrated emcee on the East Coast depending on who you asked. It’s probably a little early for Atlas to declare himself “already a legend” given I never heard of him before this EP, but he’s off to a good start with that track and the follow up “I Am” by Zent Keyz. He’s certainly flossing like a member of The Firm, bragging he’s a “stock option blue chip” and “fat like a first grade pencil” with a “booth always smelling like champagne” when he’s recording tracks. It’s the kind of braggadocious wordplay that works because of the highly visual descriptiveness, which makes it more interesting than rappers who just talk about fat bulges in their pockets and machines that count money. As comical as it might be in some scenarios his threat to “fold you like a New York slice” seems just machismo enough for where he’s coming from on the track.

Atlas is apparently a generous cat as he gives up a surprising amount of time to his homies on “The Coldest Winter” and “Plata O Plomo,” and while I appreciate that loyalty to his crew it’s him I’m trying to get to know here and not the rest of his comrades. “Rappers thinkin they nice, they ain’t Tone” quips our audacious author on the melancholy “Madness” laced by Twist L’s, with his “flow trapped in the 90’s” and solemn vow that “the industry can’t buy me I’ll be underground forever.” Well that’s not going to happen because simply by being reviewed here he’s already upped the level of notoriety a notch. He’s not mainstream off one write-up by any means but there’s a lot of talent to Tone Atlas that’s going to be hard for the hip-hop world to ignore and I for one am not full off the appetizers.