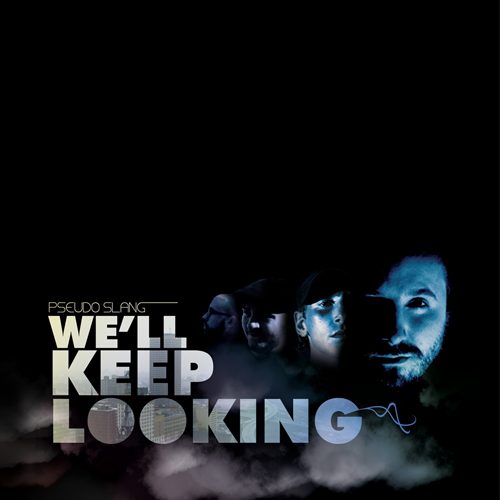 Pseudo Slang is one of those groups that combine the talents of one emcee, Emcee Sick of Xtracts of Slang in this case, and one producer, Tone Atlas of Pseudo Intellectuals (peep our review of their album). Obviously the name is derived from the names of their respective groups but what does Pseudo Slang really mean? “Real talk” maybe? Or, anti-ebonics? Whatever the case, the two aim to please with a completely chilled out vibe on this LP.

Pseudo Slang’s unofficial debut “The Catalogue” dropped in 2004 under Baby Steps Hip Hop, Inc., which was a collection of tracks from the previous half decade. This album is clearly a more cohesive effort.

This disc kicks off with the aptly titled “Perfect Beat,” which starts off with subtle samples and sporadic synthetic keyboarding that, when accompanied by the latter snare, is the ideal jazzy backdrop. This portion of the second verse gives self-praise for the auditory dream constructed and a good idea of Emcee Sickâ€˜s lyrical prowess:

“I’m searching for the perfect beat
And that’s not just digging before I go to sleep
It’s the rhythm of life that keeps alluding
Sometimes you catch it and
Go off the wall because it comes off fresh by accident
It’s not me and it’s not him
It’s just the way you feel compelled
to call your friends when a dope beat is spinning
Emcees that seize the moment breeze
over shows, we aim to please
But don’t bust over the same routines
It gotta be natural
Scholarly attributes
The way we research for beats
Since my date of birth
Feel as if I’ve been on a mission that’s different
In the simplist little things, find them significant
I’m searching for the perfect beat
And it can start with the kick, tap
Kick, tap and build on that…”

In this case, the track and the effortless delivery work in perfect harmony.

“Bedouin” attempts to continue the trend with a very slight sonic transition, however, it falters as the rhymes are less confined by structure, seemingly meandering a bit too much off course.

The album clocks in at 41 minutes total but three of the fourteen tracks are interludes of :32 seconds or less, which are unnecessary (especially the 8 second “Put It On” that had me hoping for a slick Big L sample).

Essentially each track, as with most albums I suppose, hinges a whole lot on the emcee and producer being able to mesh well together. Assumedly the members would have quite the chemistry if they want to do a whole album together, but that’s not always the case. “K.I.M” is a trippy song with a distorted vocal that sounds like it belongs on a demo tape at best, while the closer “Ogallala” is simply boring — a typical problem from an album that is simply a pallet of soulful joints.

It’s not all bad though, not even close. “Broke & Copasetic” featuring songstress Vinia Mojica is silky smooth that will have you reminiscing about old J-Dilla on wax. Meanwhile, the emcee rips “Walkin'” with these bars:

“Yo, this be that fly jazz shit
So open your mind to it
Embrace the bass
And come relate the grind to it”

Any listeners head will get nodding after the upbeat horns blare through their speakers along with this true description.

Ultimately Pseudo Slang’s full-length LP of new material “We’ll Keep Looking” is a mixed bag of material that hits some high notes but will only really appeal to true hip-hop heads and alienate casual fans of the rap genre with nothing that really resembles a single for the airwaves. Still, Tone Atlas and Emcee Sick do enough to keep us looking out for them in the future.