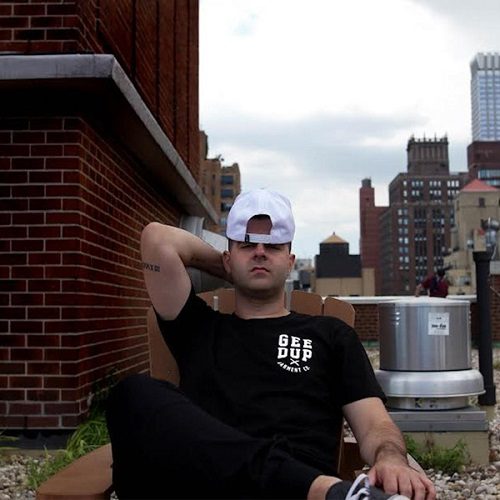 Those who know J57 know he’s a dope-ass producer as well as a founding member of the Brown Bag AllStars. Those who don’t — welcome to the show. I’m glad we got you in the door because this party’s only going to last for a couple of weeks. That’s right, this is a time sensitive project, and so time sensitive that I’m actually taking the unusual step of reviewing it the same day I received the press kit for it. J let RapReviews know right up front that “The Analog Tape 3” is only going to be available “for the next week or two” and that very vagueness suggests he could pull the plug at any time. You’ll want to get in while the getting is good.

What incentive do you have though if you don’t know J from Adam before this review? I’ll give you a few. The first is that this tape is 30 instrumentals that clock in at a total of 53 minutes, so aside from being a whole lot of dope tracks to bob your head to, it’s an incredible treasure trove of audio you can work with if you’re an emcee. J’s tracks are not half-assed half-baked products coming from a janky computer with a lame drum library. These are fully realized audible bombs, and by that I mean if you do flow to the beat and decided it should be a song, you better write Mr. Heinz a check.

The second reason is that during this same limited time release window for “The Analog Tape 3,” J57 is giving away “Tape 1” and “Tape 2” with it, and just to sound like the pitchman I’ve unintentionally become here you also get liner notes for ALL THREE. It’s your behind the scenes look at J’s process as he put together the beats with no rhymes, the melodious and occasionally menacing music that’s booming out your Jeep or your Lex. The engine to your comprehension of his production will NOT be too complex.

Now about that “pitchman” thing – the above link is a Bandcamp page and not an Amazon link. I absolutely don’t get a dime from this particular review other than whatever pennies I earn from the placements surrounding ALL reviews, when one of those accidentally happens to be a good match to our audience. It’s completely random and I have no control over it nor can I direct anybody to it. I can however direct you to J57 because the hour I spent listening to “The Analog Tape 3” was a pleasant journey through pop culture complete with samples of Kanye West, Al Pacino and even Birdman’s infamous “put some RESPEK on my name” promo on The Breakfast Club. The references wouldn’t matter if the beats weren’t banging though, and even when they’re only 32 seconds long like “Bronco Bomber” you still want to know what a dope emcee would do with it.

If you can bring yourself to part with an Alexander Hamilton for “The Analog Tape 3” while there’s still time left, you won’t regret it.