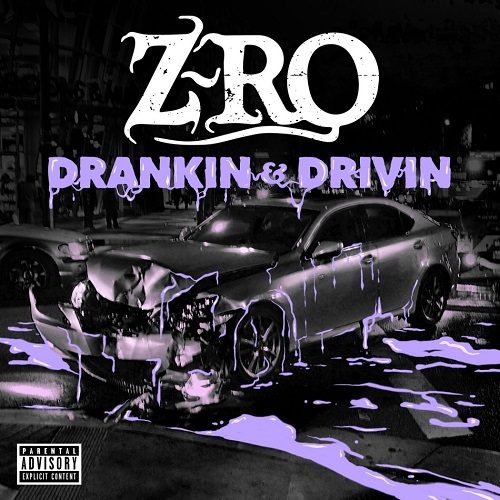 Others always know what’s best for you. For as long as I can think I struggled to understand people’s urge to impose their will on the next man and woman, to dominate and dictate, which might have been one reason I was attracted to rap music in the first place. Raps to me were words of emancipation, a declaration of independence, a cry for freedom, even. I had to read between the lines to come to that conclusion, because on the surface most raps were blatant claims to power. But somewhere in the subconscious, I figured, the rappers’ bossy attitude reflected the desire to be one’s own man or woman.

Many years later I still maintain that self-empowerment is one of the main messages of the artform called rap, no matter the background. If there exists one key witness for this claim, it’s Houston’s Z-Ro. He frequently expresses his wish to be left alone, alternatively feeling too low or too high for companionship. The subtext of all this is Z-Ro manning up and taking matters into his own hands. There are more aspects to it than the simple discovery that it’s lonely at the top – or at the bottom.

The desolate space between solitude and isolation was explored in Z-Ro’s music from day one. The desire to express those emotions through singing was equally present early on, which makes him also a credible witness for a hypothetically evident but seldomly explored kinship between rap and blues. Nevertheless both Z-Ro himself and parts of his fanbase insist that something has changed over the years. “If you don’t like my new shit you can go back to my old shit,” he croons matter-of-factly on “New Shit,” only to suggest that he wouldn’t mind if dissatisfied customers stopped listening period, making it plain, “I don’t do this for y’all.”

You can’t sing the blues without being at least a little bit honest with yourself, which is a ground that Z-Ro typically has covered. On two different songs he claims to never have received a royalty check, once explicitly referring to his time at Rap-A-Lot. He turns being taken advantage of into an advantage of its own, with the old ‘I don’t need rap industry money anyway’ argument. At the same time his music career is something he is proud of, pointing to his longevity and notoriety, things he surely wouldn’t have achieved combined as a hustler. Still “Successful” feels more like a daydream with its “I be everywhere the private jet go” boasts, and June James’ vaguely exquisite soundscape wouldn’t secure him a pass to board Curren$y’s plane just yet. Z-Ro instantly comes across more natural when he faces dissent, like when he makes detractors aware on “New Shit,” “FYI, I been singin’ since ’97, that’s what I keep on doooooiiin’…”

All things considered, in Z-Ro’s case his songs receive additional meaning through the melodies they’re infused with. That’s not to say that intonation plays no role in plain rap, far from it, but Ro’s specific combination of reason (rap writing) and emotion (singing) has a sober quality to it that goes well with his adventures on planet Manhood. Even with a limited vocal range, Z-Ro regularly turns in varied vocal performances that are finely tuned and precisely timed, conjuring up impressive harmonies and turning average song material into enjoyable tunes. The downside is that the vocal dexterity isn’t paralleled by more innovative subject matter and writing. Song titles ranging between poorly punned (“He Hoes”) and pedestrian (“My Money”), the crude sexual imagery of “Hostage”, the never-ending baby mama drama continued with (but not limited to) “Baby Momma Blues,” Guy interpolations and production that recalls late ’90s (“I Ain’t Gonna Lie”) and mid-’00s Houston (“Devil Ass City”), even the 50 Cent homage “Women Men” – in 2016 Z-Ro isn’t in the business of breaking new ground.

Although its title pairs two essential ingredients of Houston rap, “Drankin & Drivin” doesn’t deal specifically in promethazine nor automobiles. Not to mention the dangers of driving under the influence. Z-Ro would be the last to tell you what’s best for you. Unless it’s getting out of his face. If you take his lyrics literally, it’s incredibly hard to live up to Z-Ro’s personal standards. But if you look at the entire picture as well as the brushstrokes, “Drankin & Drivin” is approachable in its own unique way, telling the story of how one man overcomes the odds. Z-Ro’s music goes down smoothly while maintaining its existential thrill.