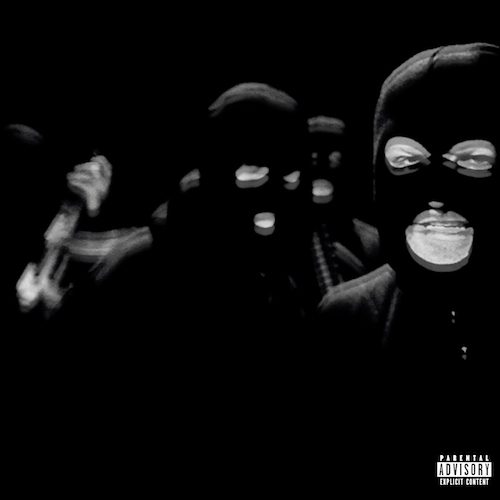 La Coka Nostra :: To Thine Own Self Be True

Every now and then I catch myself being that asshole I hated when I was in my teens and 20’s — that grumpy irascible s#%t who complains that today’s music isn’t any good and that the stuff they grew up listening to was the peak of artistic beauty. You might forgive me for thinking Public Enemy, N.W.A, Wu-Tang Clan and Ice-T (to name a few) are better than Future, Travis Scott, Waka Flocka and Lil Yachty, but that doesn’t make me less of a grumpy old f#$k, it just means you’re a grumpy old f#$k too. I have to remember that hip-hop music and culture doesn’t exist in a vacuum where it remains eternal and unchanging. Even in the 1980’s when selling rap on wax was barely a decade old, KRS-One was mocking the previous generation’s inability to adapt to changing times.

“You know what you need to learn?
Old school artists don’t always burn
You’re just another rapper who’s had his turn
Now it’s my turn…”

So there’s no reason to live in the vacuum along with your favorite records of the past. It’s great to appreciate the past but to do so while ignoring the present is a fallacy because you can’t force hip-hop to freeze a moment in time like Doctor Strange and live in it forever… or can you? La Coka Nostra only drops a group album every three to four years, and yet each time they do, I’m yanked backward to the first time I ever heard Non Phixion’s “I Shot Reagan” back in 1998 and was introduced to Ill Bill’s wordplay and some of New York’s grimiest rap production. He’s the only link between LCN and NP but that’s enough given that Danny Boy, Slaine and Bill took that torch and carried it forward like the Olympics. Hmm — every three to four years — yeah that makes sense!!

Ill Bill: “Peep the concrete jungle holocaust
Combustible tomahawks and molotovs, welcome to the Monster’s Ball
The worst is yet to come, hold the microphone like stone
Focus on chrome, spit it like a lava lamp explode
and pasteurize your pain, granulate your hate, amputated saint
Shiksa cup full of random change, standing in the rain
Speakin truth, listen close, your life depends on it
F#$# movin mountains, let’s break reality and bend logic
F#%# the streets, life’s bigger than that and Death’s watchin
Use my bare hands to intercept rockets, spit on my cock bitch”

“Waging War” features a deceptively dope track by The Arcitype that gets better with each listen, but it’s just the tip of the LCN iceberg. The album is quite frankly an embarrassment of riches when it comes to deciding which tracks to talk about. Every single part of J57’s “Dark Day Road” lives up to the name – the synths, the percussion so clean you could eat off it, and the perfectly met balance between dark beats and crystal clear vocals – and refencing Big Daddy Kane’s “Ain’t No Half Steppin” in the middle of Bill’s verse is just playing to me like a f#$#ing fiddle. As I’m crowing about how good it is I’m missing the opportunity to shine a spotlight on Statik Selektah’s mellow guitars and superb scratches on “Stay True,” DJ Lethal’s ominous and head nodding heavy “Now or Never” (it’s like a damn Godzilla movie theme), or the hair raisingly gothic “Crispy Innovators” featuring Vinnie Paz as produced by Vherbal.

Speaking of guest appearances, Sick Jacken rocks over the far left end of 88 keys provided by Leaf Dog on “I Need Help.” The samples in the chorus are just… well to say it’s an audio collage of brilliance might be understating it. Hearing Q-Tip from “8 Million Stories” just put it over the top for me. Again La Coka Nostra are pushing all my buttons and trying to drag me backward to a hip-hop era where I thought “Black Helicopters” were circling in the sky, an era of the grittiest and rawest underground rap imaginable, back when one could still call raps “underground” and mean it in an unpretentious way that wasn’t a marketing scheme. If the production is an embarrassment of riches then so are the guest stars – Q-Unique & Sadie Vada on “Blind,” Nems on “Archie Bunker” and Apathy on the timely “America.”

Look y’all I get it. I can’t live in the glory days of Kangol hats and fat gold chains any more than I can live in the glory days of Rawkus Records and Fondle ‘Em. La Coka Nostra makes me want to believe though. For a blissful 45 minutes it’s an uncut dose of that nostalgia straight through the ear canals to the dopamine centers of my brain. I’ll get back to trying to appreciate AutoTuned emcees for what they are in a minute — just let me have my dope fix for a little bit. (RIP Uncle Howie.)