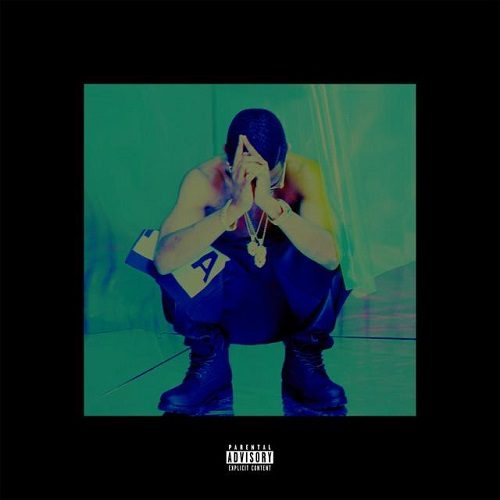 Public perception can play a vital role in shaping the overall viewpoint of an artist, and occasionally it can be crystallised within a single song. For Big Sean, that unfortunately reality has hit home with the unofficial release of an album cut that (allegedly) didn’t make “Hall of Fame” due to ‘sampling issues’. The song in question is, of course, the inescapable “Control” featuring a short but sweet offering from Jay Electronica and an axis-shifting verse from Kendrick Lamar. The two guests apparently “outshone” the host, effectively framing him as the ignorant party-rapper that most of the world sees him as. One question: what the fuck was everyone listening to on “Control”? Big Sean’s verse was excellent, with a wide range of subject matter, flows, quotables aplenty and dead-on delivery. Obviously it wasn’t as attention grabbing as Kendrick’s name-calling behemoth, and since Jay Electronica (still) has such a groundswell of goodwill in his favour, few dared to even praise Sean’s opener.

And so continues that unfortunate duality on “Hall of Fame” – the battle between public perception of the Detroit MC and, dare we say, an alternate reality. On “Finally Famous” I had some harsh words for various aspects of the album, and thankfully almost all of these points have been addressed. He no longer seems in awe of his guests (who include Lil Wayne, Nicki Minaj, Young Jeezy and Nas); he has a much more identifiable personality now, with an infinitely stronger narrative voice; he’s writing actual SONGS too… Pretty much every aspect of “Hall of Fame” is a massive upgrade on his debut. And yet, one can’t help but feel this also ends up as a missed opportunity of sorts. It’s harsh to judge an album on songs that aren’t even on it, but “Control” and a track that was originally slated to make his sophomore until his boss hijacked it – “Clique” – are markedly superior to pretty much everything on here (save for “Fire”). That doesn’t mean that HOF isn’t a consistently strong album throughout – it most certainly is – but it’s also an LP without many truly special standout moments.

It’s a relatively structured hour, whereby the first third (which is generally strong, making an instant impression) is bookended with a final five songs that probably possess the most creativity and intricate song writing. The middle core, however, saps momentum, even if there are some juvenile moments of fun – and it’s this particular stretch that makes you lust for “Control” and even some of the more interesting types of tracks Sean has popped up on recently (like Jessie J’s “Wild”). “First Chain” enlists Nas and Kid Cudi, but still ends up a touch unfocused and flat. “Mona Lisa” bangs pretty hard, yet remains ultimately pointless. “MILF” is actually a great idea with some memorable line – again, however, it doesn’t end up living up to the potential of the initial idea. “Beware” is a solid song until Lil Wayne shows up to drain the energy from it. The final third fares much better, with “World Ablaze” and “Ashley” adding real emotional resonance (the latter has a real shot at being a hit), and it’s a shame that they are practically shunted to the back of the stage with little chance of much limelight.

The opening quintet is varied, clever and musically superb, even if the obnoxiousness may initially deter some listeners. “Nothing Can Stop You” is a brilliant way to start the album, with Sean role-playing to present a sliding doors version of his own start into the rap game. “Fire” is just pure gold, something that wouldn’t sound amiss on “The College Dropout” even, with DJ Camper providing a worldie beat and the artist doing his job with aplomb. “10 2 10” provides the aforementioned braggadocio, a cut that I couldn’t help smiling at even if it probably won’t garner the greatest response (liberal pinches of salt are required). “Toyota Music” is melodically lush but somewhat vacuous, one of those ersatz weed songs that should have been located in the final straight. “You Don’t Know” samples Ellie Goulding to excellent effect, and one could imagine this finding favour internationally. Jumping to the end, the Deluxe version has a trio of ignorant tracks (“Mula”, “Switch Up” and “Guap”) with a bevy of guests including Meek Mill, 2 Chainz and Common. They are all various shades of the same song, and for my money aren’t necessarily worth the extra dough, but at least they are of a certain standard.

It’s interesting that Young Jeezy pops up on “It’s Time” – the master of motivational music passing the baton to the next generation, even if the link is indirect. This may not be “Thug Motivation” music per se, but it falls into a similar category – Big Sean is attempting to stir you into action on the dancefloor or through your working day. He also provides a touchstone to the Bad Boy ’97 era (Kanye as Puffy and Sean as Ma$e has a definite ring to it) with his more ‘flossy’ nature. One of the highest compliments one could possibly pay “Hall of Fame” is that after just a single listen, it’s startlingly easy to recall and identify almost every individual track as they are distinct, big and bold. However, it’s also a tale of disappointment, as the consistency masks a lack of genuinely classic numbers. What’s even more frustrating is that we already know Big Sean is capable of such moments, and while his own performance is significantly better than his debut – and his career trajectory is certainly a success – it’s just a shame that his second album doesn’t always FEEL like it, unable to meet the lofty expectations generated in advance. That doesn’t mean it isn’t worth your time – it is. It’s just that with a few more standout moments, and a bit less filler, the perception could well have matched the reality in a more positive manner. A real hall of fame is traditionally chosen by a group of respected electors, and “fame” used to mean “renown” instead of the modern connotations of “celebrity” – Big Sean is certainly becoming more renowned, but “Hall of Fame” isn’t truly worthy of the name.