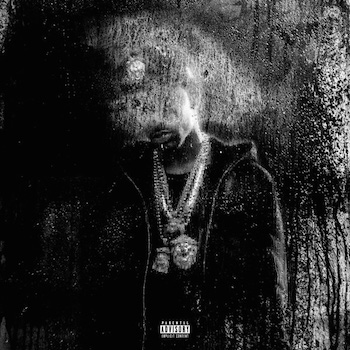 It’s lonely being a Big Sean fan. Sure, he makes occasional ignorant hit records for the masses; but he’s a particularly deep MC when the mood takes him (“One Man Can Change the World”), one that can blend intense wordplay (“Dark Sky”), strong virtues and genuine innovation. His mixtapes are usually excellent, his albums traditionally solid but disappointing. In my review of “Hall of Fame” (parts of which I adored), I couldn’t hide my disappointment due to the build up being somewhat overhyped, and the absence of tracks that never made the album due to various reasons. This time, he’s dialed down the hyperbole and delivered a smash single (“I Don’t Fuck With You”), and once again, “Dark Sky Paradise” is an apparent step in the right direction. But even though Sean is clearly building up an impressive body of work, it’s a frustrating mix of brilliant moments with questionable decisions. Can he reach his intended audience?

After your first spin of DSP, you’d be forgiven for thinking it may have been slightly rushed out to capitalize on the success of “I Don’t Fuck With You”. Whilst there are many technically impressive beats on the album, few genuinely grab you – it’s an example of consistency being a hindrance (and I’d argue only 4 or 5 tracks musically deliver the goods – the aforementioned “IDFWY”, the sublime Mike WiLL Made-It grime joint “Paradise”, another DJ Mustard selection called “I Know” and the soulful “Outro”). Something like “Blessings” is a good example of a technically proficient beat laying a solid foundation for Sean and Drake to go over, but not boosting it to the next level (somewhat like Nicki Minaj’s “Only”). The second half of the album feels flat – it drags somewhat, and doesn’t lend itself to repeated listens – and this is mainly due to beats like “Win Some, Lose Some” combining with average choruses. Even the grand finale of “One Man Can Change the World” suffers from similar ailments.

It’s astounding to look at the number of elite rappers that Big Sean has shared the booth with – Nas, Eminem, Kanye West, Jay-Z, Kendrick Lamar, Nicki Minaj, Lil Wayne, Drake and many more. Yet how many of these moments have become truly transcendent? A few, like “Clique”, “Mercy”, “Control”, “IDFWY” and perhaps a couple of others (and I say this as a fan, too). You end up forgetting the vast majority of his album cuts (e.g. “First Chain” featuring Nas clearly got lost down the back of the sofa, never to be seen again). Something like “Deep” is initially impressive, but it’s hardly something you’ll actively be bumping a year from now, even if Lil Wayne’s verse is a welcome throwback with a brilliant sequence of closing lines. Even though Big Sean frequently bodies tracks stone cold, he rarely gets the recognition and at some point you have to wonder how a bash-you-over-the-head hit like “Dance (A$$)” is ten times bigger than “Blessings”. It is dispiriting for people who follow his career, and it must be infinitely more so for Sean himself.

“Dark Sky Paradise” seems to have been overanalyzed in an attempt to attribute layers of importance that seem to fade with every listen. The Detroit references are faint; the role of family is central to the album, but sabotaged by statements like having his dream girl act like a ho; the first half flows well and contains the real meat, yet one can’t imagine DSP is going to move units or make any significant cultural impact. It is an LP with one hit single, some solid album cuts and the rest is genuinely quite forgettable. That may seem extremely harsh but at this point in his career, Big Sean needs to step it up. He’s an MC’s MC, an excellent songwriter, a top-notch lyricist and one with access to the best guests, producers and opportunities (let’s not even mention that he’s dating Ariana Grande).

Drake can drop a glorified mixtape with no notice that has more of an impact in one hour than Sean has managed with his entire campaign. The cynic in me looks at GOOD Music and wonders at what point people will look at their strike rate – and the underlying reason (Rule 1: all resources must always be diverted to Kanye). Take the best of “Hall Of Fame”, mix it with half of “Dark Sky Paradise” and you’d get a good album. But that’s not how the music business works, let alone how music critics appraise an artist’s work. The truth is that Big Sean can do pretty much everything, yet hasn’t even gone gold in half a decade, nor received overwhelming critical acclaim. At some point, one has to ask why.