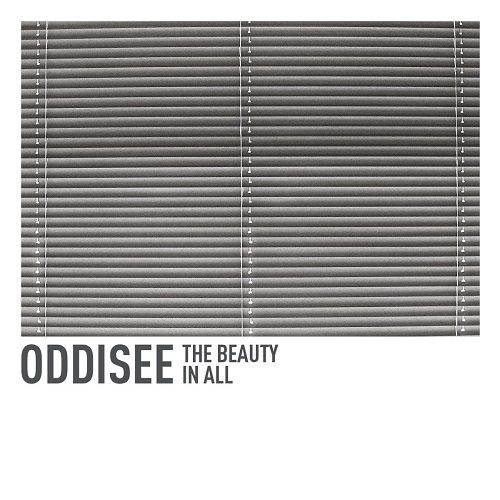 Oddisee :: The Beauty in All

Instrumental hip-hop has come a long way. The disc jockey’s influence as the one who started it all was long felt, but eventually, with the widespread availability of samplers and drum machines, instrumental beatmaking began to take shape even as it still catered to the needs of the rapper for some time, even when every physically released instrumental was primarily a service to those working with hip-hop beats on a daily basis, from amateur rappers to professional radio jocks. Full emancipation from the MC and the DJ was necessary, and if there’s been anything like an emancipation proclamation of instrumental hip-hop, it was DJ Shadow’s “Endtroducing…,” which kickstarted a genre that thrives to this day, even as ‘instrumental hip-hop’ remains an indistinct label that continuously stands in the shadow of more prominent and popular instrumental electronic music.

His 2013 full-length “The Beauty in All” treats the single instrumental as a musical individual with its own history and character. Track number 1, “After Thoughts,” incidentally (or not) recalls the opening mood of “Endtroducing…”‘s “Building Steam With a Grain of Salt” with its melancholic piano sprinkles. Even though soul food appears to be the order of the day, the track’s earthtones are electrically projected onto the canvas, moreso than painted the old fashioned way. As announced by a break of bohemian funk that is attached to the opener, the album quickly flows in other directions.

“In My Way” is one of those typical lopsided Oddisee loops, everything is shifted slightly out of place, like a fractured message being intercepted by an alien spaceship whose crew tries to figure out how to put it back together. Deconstruction is also applied to the dance tune “Fièvre,” which doesn’t necessarily reach fever pitch but is so tightly compressed that the groove is just irresistible, possibly hinting at an African influence in Oddisee’s music, plus it allows for a bit of solo tinkering with synths on his part. “The Gospel” is a study in how to develop compositions. After an otherworldly vocal overture, it first follows a basic drum program, then, at the drop of a drum stick, it erupts, not before long going back into reclusive mode, but never letting go the guiding hand that directs every note and every beat. Shadow would be proud.

One of “Endtroducing…”‘s weaker spots was Shadow’s propensity to play around with the drums, adding to a general disposition towards excessiveness. On one or two occasions Oddisee too has too much going on in his tracks. Still “Lonely Planet” makes good on the titular promise and is essentially emotional, ditto for “No Rules For Kings” and majestic. Some tunes fail not technically but conceptually. “Patience in Play” is too eager to please and “One Thing Right” one instance when the direction (and particularly the sound) of the track is too readily forseeable. “Social Insecurity” sounds like an leftover beat from previous album “People Hear What They See” and closer “Fork in the Road” takes one turn too many. Stellar or sober, “The Beauty in All”‘s deft dozen are evidence of Oddisee’s musical diversity, whether it’s in the details (from the sporadic but effective claps in “After Thoughts” to the big drums of “Fashionably Late” that touch down ever so gently) or the panoramic trip as a whole.

One thing that Oddisee the rapper and the producer have in common is that you gotta let them finish. The ‘after thoughts’ he likes to add to individual tracks here aren’t always substantial, but in most cases the prior tracks were so compelling that you’re going to hear him out anyway. Oddisee’s music is rarely dark or discomforting, because he steadily hones in on the light at the end of the tunnel. If crate-diggers and beatmakers are nominally musicians who spend their days with their heads bent over media and machines, Oddisee is the one looking up and out of the window, realizing the beauty in all.

Oddisee :: The Beauty in All
7Overall Score
Music7