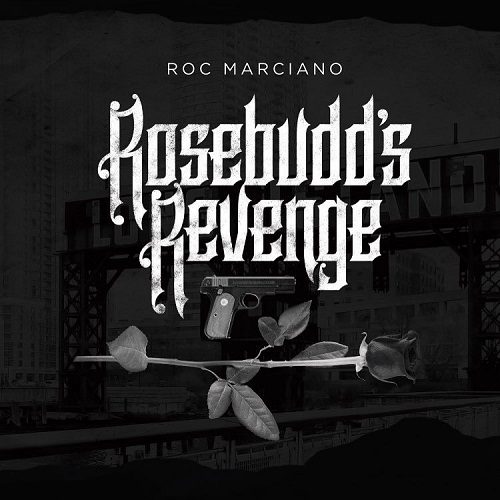 Peter Rosenberg (of Hot 97) recently shared his so-called “Best Emcee Points Based System” which highlighted an inherent flaw with any discussion surrounding who is the GOAT (Greatest of All Time). Some prefer that GOATs should be technically advanced first and popular second; others feel it should be the other way round. Personally, I feel that you can quickly determine whether an emcee is GOAT material by looking at their body of work. More specifically, have they dropped THREE great albums. Plenty of rappers have dropped one great record, many have dropped two, but three time’s the charm. Three is the magic number. Three great records proves that an emcee is not just consistent with their art, but have often achieved GOAT status over a prolonged period of time.

Insisting GOATs craft three great records ensures that the candidate list immediately eliminates divisive candidates such as Big L, Big Pun and Notorious BIG. It also helps often overlooked emcees like Elzhi, Redman and a certain Roc Marciano – all emcees who SHOULD be part of GOAT discussions. And anyone who claims sales numbers are important can go listen to their Coolio CDs. You see, Roc Marciano delivered a super-slept-on gem in 2004: The UN’s “U N Or U Out” is a classic example of gritty New York Hip-Hop, unfortunately released during the heights of Dipset fever. Granted, it was a joint effort alongside Dino Brave, Laku and Mic Raw, but it aged a hell of a lot better than most rap records from 2004.

In 2010 “Marcberg” took a less-is-more approach, showcasing Roc’s production skills and laying down a marker for all artists wanting to emulate the 90s sound but ultimately failing to bring anything new to the table. “Marcberg” is great but 2012’s “Reloaded” is his magnum opus; grander, more cinematic and boasting memorable singles in “76” and “Emeralds”, it remains his best work. A year later saw the release of “Marci Beaucoup” with the focus less on Roc’s lyricism and more on collaborations with underground favourites over his beats. In my opinion, this was a step down (it was still a good project) and then it went quiet for a few years. The odd killer guest appearance here and there whetted fans’ appetites for Roc Marciano’s third solo LP, which in 2017 has a lot to live up to in a world with Westside Gunn, Conway and Your Old Droog. “Rosebudd’s Revenge”, much like 2013’s “Marci Beaucoup”, leans more towards the soulful, less jarring production with reduced emphasis on the intricate rhyme-style that had you hanging on every word of “Reloaded”. That’s not to say that the eloquently delivered, advanced rhyme schemes aren’t as relentless as ever, because they are, but the mix on the vocals is noticeably quieter and less impactful.

Opening with “Move Dope”, Marciano pulls no punches displaying witty lines such as “two biscuits like it’s time for tea, I’m like Ice-T times three”. In fact this single bar sums up the exagerrated tales of crime and how calm and cool “Rosebudd’s Revenge” is. The first half sees the better production, largely from Arch Druids who lace the standout song “Gunsense” which is full of typically sharp lines:

“Sink your boat
Your body wash up somewhere in Glen Cove
I was always told to push the envelope
It had blow in it though
Look what the wind blew in, in Kenneth Coles
Quick, pull a lick like a pick n’ roll
The give and go, some nights alone, run the iso
I’m not a racist, dipped Jesus face in white gold
I know I know
That’s not the Messiah’s nose, he had wide nostrils”

What a lot of the songs succeed in doing is generating an immersive atmosphere that’s just as well done as it is on “Reloaded”. The problem lies in the weaker beats that close out the album as well as the aforementioned vocal issues. “Killing Time” utilises a Lou Courtney sample that interferes with the vocals – there’s a reason why Dipset had such short bars. “Pray 4 Me” is similarly overbearing and not your traditional Marciano production, but is still a satisfying, more experimental addition which even sees Roc try his (pimp) hand at singing.

Compared to last year’s “FLYGOD” from Conway, “Rosebudd’s Revenge” sounds more cinematic yet less enjoyable. It’s easily his hardest project to appreciate on the first few listens, showing its best bits after it’s been in the deck for a while. It’s taken me over twenty listens to appreciate what Roc is doing here, but as a huge fan of his earlier work, it ultimately falls short. The mellow instrumentals ensure a sleepier listening experience more in line with work from frequent collaborator Ka, who is frequently acclaimed but definitely more an acquired taste. Put a playlist together of “Marcberg”, “Reloaded” and “Rosebudd’s Revenge” and it’s immediately apparent that Roc’s vocals lack the razor sharp potency he had on earlier projects. The over-the-top hyper-lyrical Roc Marciano is here and well, but his AR-15 isn’t as finely aimed.

So is he a GOAT contender? He’s in the discussion – “U N Or U Out”, “Marcberg” and “Reloaded” means he has the three outstanding records in the bag, but his recent work hasn’t quite reached those heady heights of uber-braggodocio.