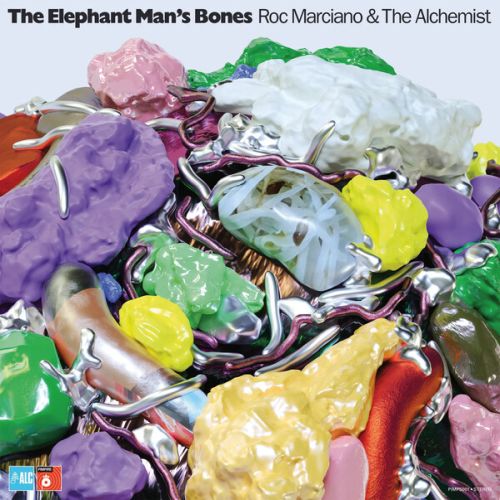 Before diving into this review, it’s worth clarifying that I’m a lapsed Roc Marciano fan. Understandably, he’s a sonically-divisive artist that has generated a cult-like following that fawns over everything he releases, however, I admire his growth and transition over the past decade despite enjoying his music less and less. Some of my favorite hip-hop albums are from Roc Marciano. The UN’s superb “UN Or U Out” and the one-two punch of “Marcberg” and “Reloaded” stay in rotation, but everything since hasn’t quite connected the same way. Roc continues to impress with his densely descriptive writing and nonchalant demeanour, but the production often lacks that meanness as Roc frequently favors drumless loops with each passing album. Moving toward more self-produced material with an emphasis on lavish, luxurious backdrops that matched his expensive tastes, it made sense. I just didn’t rock with it the same way. It wasn’t so much the move from ‘mean‘ to ‘smooth‘ but the decision to exclude snare drums in the instrumentals meant I rarely return to a “Rosebudd’s Revenge” or a “Mt. Marci” as they just aren’t as fun to listen to. Similarly, Alchemist has crafted incredible music for over two decades but if I was to put together a list of favorite Alchemist beats, they would all be from the 2000s. The things Alchemist was doing on those Dilated Peoples album, and his own “1st Infantry” album remain special and I think he’s often underrated when it comes to listing the great producers of his generation because he didn’t stick to that style and make that his identity. Instead, much like his mentors (DJ Muggs and Madlib) he has shown such versatility in his production that he could apply his talents to any style. “The Elephant Man’s Bones”, Roc Marciano’s eleventh LP, feels like Alchemist making his ideal Roc Marciano album. It cherry picks from Roc’s 20+ year career and in doing so, has crafted the Roc Marciano album.

“Daddy Kane” is a great start, possessing a memorable melody you can nod your head to. Action Bronson guests with some wacky visuals, including the bold statement that he looks like a stegosaurus. It almost sounds too goofy, but as it’s Bronson he gets away with it. In fact, lyrics are something that stands out throughout the album – few bars feel wasteful. Granted, Roc Marciano is a top-tier lyricist, and dare I say it, this generation’s Kool G. Rap when it comes to visually detailed storytelling from the perspective of a pimp, but the one-liners feel more striking than ever. The first verse on “The Horns of Abraxas” in particular would have been a Source Quotable (do they still do that?) but that second one is masterful:

“Quantum Leap” is another beautiful clash of old and new which the name alludes to, with Roc addressing and acknowledging his position as your rapper’s favorite rapper. My favorite track is “Bubble Bath” with what feels like Alchemist channeling P Brothers – the start feels like a nod to 2008’s “Outta Control” off of the massively overlooked “The Gas“. Hard kicks and drums and a simple xylophone tapping away – it’s the stuff I’ve craved for years. That’s why it starts with “way back, back into time…” – one for the fans of The UN era.

While Alchemist has covered all bases from Roc’s career, there’s a nice reversal of approach on “Trillion Cut” which sounds like early Alchemist (and inevitably late 2000s Evidence). The piano jabs, the heavy-handed kicks and even Boldy James’ presence evoke memories of Prodigy. Heavenly. “JJ Flash” is similarly chopped up and soulful but you quickly start to realize that, behind the boards, Alchemist operates on a higher echelon than Roc. The title track confirms this, additionally showing some glimpses of humanity beneath the cold-hearted exterior Roc displays, and the whole concept of the album title suggests that this album is the one the duo believes will be studied and revisited in years to come – much like Joseph Merrick’s bones were. Time will tell on that one, but initial impressions indicate they may be right.

The album itself glides by, thanks to a decision to only include tracks less than three minutes in length (bar “Rubber Hand Grip”). My lone criticism of Roc Marciano here is that his vocals aren’t as clear or crisp as his earlier work, which does reduce some of the impact of his delivery. Listen to an earlier album and then listen to this and it’s noticeable, but is likely just down to age affecting the vocal cords. That aside, I don’t think he puts a foot wrong, with some of his sharpest rhymes and densely packed schemes sounding superb over these Alchemist beats.

Since 2011, Roc Marciano has worked with Alchemist every year (except 2015 and 2017) including three tracks on “Reloaded”. The chemistry is undeniable and “The Elephant Man’s Bones” is the culmination of this partnership. This is an album that gets better with each listen and yet, despite capturing everything great about previous Roc Marciano albums, sounds remarkably fresh and current. The years will decide if this is Roc’s best album, but for a lapsed fan (and I can’t be alone!), I’m thankful Alchemist got another great album out of Roc by bringing back some traditional, yet still uniquely Alchemist, production. Fingers crossed the next generation use this album as the blueprint for the next ten years because these two are up there with the greatest to ever do it.