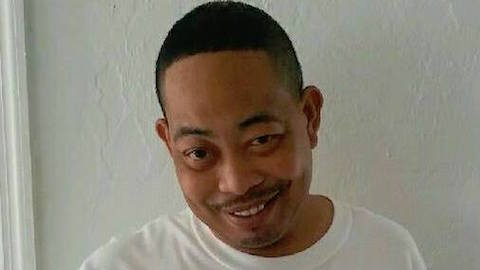 Another hip-hop star has passed away today. As reported in the Miami Herald today, Chris Wong Won a/k/a Fresh Kid Ice from 2 Live Crew has passed away at the hospital today at 53 from an undisclosed medical ailment. Luther “Luke” Campbell tweeted about his passing this morning.

The original line-up of 2 Live Crew from its inception in 1985 was Ice alongside DJ Mr. Mixx (David Hobbs) and Amazing Vee (Yuri Vielot). When the group moved to Miami (sans Vee) to follow up on the success of their first single, Brother Marquis (Mark Ross) joined the Crew. Luther Campbell was the final addition to the group when he offered them a record deal and simultaneously became a performing member of the group. Before Luke and before Marquis though there was Ice, and it can’t be overstated that Ice was a pioneer both before and after 2 Live Crew’s rise to worldwide fame and success. He has both Trinidadian and Cantonese heritage and is considered by many to be the first successful mainstream Chinese rapper as a result. I can’t think of anybody else as big as Ice as early as him.

The 1986 album “2 Live Is What We Are” went gold virtually on word of mouth alone with no radio play, thanks to unapologetically raunchy sex raps like “We Want Some P—y” and “Throw the D.” With each successive album in the 1980’s their popularity and notoriety rose, culminating in the smash hit 1989 album “As Nasty As They Wanna Be.” It was also the first time I ever heard radio edited versions of 2 Live Crew monster hits like “Me So Horny,” and it was also the source of a court battle over whether the album should be legally considered “obscene.” The U.S. District Court in Florida initially said yes, the Eleventh Circuit overturned it and said no, and the publicity only benefited the Crew with the increased fame from their notoriety. In a pre-social media age, this kind of viral exposure for a rap act just couldn’t be beat. Even the clean version of the album resulted in additional exposure, as they were sued over their parody of Roy Orbison’s “Pretty Woman,” and thus became the first rappers to become the subject of a Supreme Court decision which upheld that parody IS “fair use” under copyright law, a huge win for the group and for artists everywhere.

Growing up as a teenager you couldn’t even buy the explicit version of this album at the store without an ID, but that didn’t stop everybody I knew from having a bootleg copy anyway! 2 Live Crew intentionally or otherwise became the face of rebellion for a lot of my peers – they did what they wanted to, how they wanted to, WHEN they wanted to and no matter how many times “the man” tried to put them on ice (pun somewhat intended) they prevailed in court. You can’t defend their music as being profound, progressive or wholesome in any respect, but they pushed boundaries in society at a time they needed to be pushed and definitely raised the profile and prominence of “Miami Bass” as a new hip-hop genre. Ironically I wrote about the subject earlier this week in a Back to the Lab review of a So So Def compilation album. Obviously a 2 Live review is next on the agenda.

Back to the matter at hand though – our condolences to the fans, friends and family of Fresh Kid Ice. I could spend the next hour writing about the twists and turns his career took from the 1990’s to the present day, including solo albums and multiple dissolution and reformation attempts to bring the Crew back together, but I think for now it suffices to say that a key member of a historic pioneering rap act is no longer with us today and he will be missed.