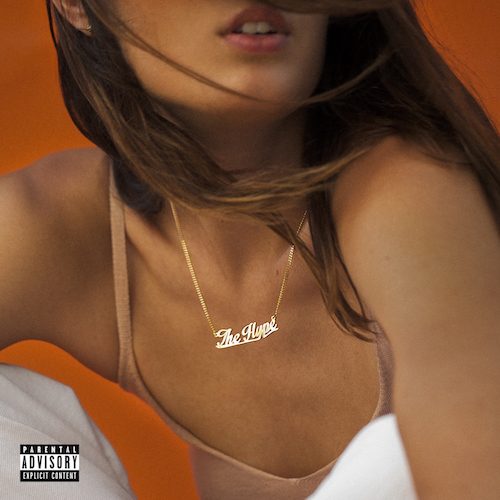 Steven Adam Markowitz b/k/a Hoodie Allen is one of those artists that just lingered on the periphery of my perception without ever really coming into focus. Technically Hoodie Allen used to be a duo, with Markowitz providing the raps and Obey City providing the beats, but when City moved on Markowitz kept the name as his nom de plume and continued on working with different producers. I don’t know how City feels about that but I’ve never heard about him beefing over it, but as previously noted, I haven’t heard that much of Hoodie in general. I’ve just known he’s been around in a general sense. People said nice things about his music here and there. One time he was on Jimmy Fallon. He got enough of a following to quit his job at Google and be a touring and recording artist full time. Good for you Hoodie. That’s the dream and I’m glad you achieved it.

The opening paragraph serves as my explanation that even though Allen has been around and doing things since at least the late 2000’s, the release of “The Hype” is the first time I’ve specifically turned my lens to look his way. I suppose the title was a bit of a hook actually. You never judge a book by its cover let alone its name, and yet I was curious to known exactly what “The Hype” was figuratively AND literally. The video for “Sushi” drew me in too because truth is that’s one of my favorite foods. People always assume it’s pizza, steak, cheeseburgers, and all of those things are just fine by me – but any of my friends who’ve seen me at an “all you can eat” sushi place know that I can throw DOWN. The truth is though it’s only about “rolling up money” though, not tuna or eel.

“Malibu booty, in a jacuzzi, she be dripped in Gucci
Watching some movies, rollin up doobies, in a black SUV
Come through your college and I party harder than Jon Belushi
Iced like a koozie, I got all these girls trying to rock my Jewelry
So I never say sorry, tryna get three, yeah, call me Dan Marley
She got a friend, and her friend, got a friend, that’s a party
I don’t follow trends, Ed Hardy
All American like a Harley, out in California that’s gnarly
Take you on a boat, Lil Yachty, can I hit it raw? Yeah probably, sushi
E’rybody know me, why the hell you introduce me?”

Cisco Adler and Tyler Nicolo provide an upbeat, fun track for Hoodie to rap and sing over with just enough bass to keep you bobbin’. Other producers featured on “The Hype” include (but are not limited to) Cook Classics, Cisco Adler, Andrew Goldstein and Louis Futon. Speaking of singing though, that’s a natural transition to “Know it All.” I’m trying to think of the best comparison for his crooning and right now the one that sticks with me is that he’s a cross between will.i.am and Macklemore. It’s not a perfect fit but I’m going to roll with it. Listen to the song and see if you can think of a better one.

Hoodie seems like a pretty chill guy listening to his album. There’s no drama in his life other than finding the next party to go to and the next girl to get with. “Even if it’s +Impossible+ I’ma +Tom Cruise+ it” quips Hoodie on “Mad,” and here’s a newsflash, he’s definitely not the angry one here. Perhaps that’s why one of the terms I saw associated with Hoodie before I started this review was “hipster hop.” I think the used of “hipster” as a pejorative (either positive or negative) is about as played out as “millenial” but I must admit it kind of fits. I can picture Hoodie on this song as a young dude wearing a flannel shirt and a hat that’s just a little too old for him, but having enough style and panache to pull it off anyway. Hoodie is too mellow for anybody to think of him as hardcore or edgy. Even when he raps about doing “Something Dangerous” it comes off chill.

“Aiyyo I used to play it by the book, never get out of line
But now it’s time to mix it up, Catalina wine
Why you always call my phone, thinkin that I’m home?
Tryin to check on me like everywhere I go – know that I can’t be tamed
The consequences of fame
When your body and yo’ name become public domain
I’m living in a space and time where I don’t recognize
what’s good for you and who’s giving you bad advice”

His idea of doing something “crazy” or “dangerous” seems to be no more than one night stands, and so long as he and his partner both take precautions there’s not an excessive risk. I guess that would be my one knock on Hoodie Allen if I even had one after listening to 42 minutes of “The Hype.” I realize that by the strictest letter of the law from the standards I grew up with, Hoodie’s album would probably garner a parental advisory sticker, but he’s closer to Will Smith than 2 Live Crew. That’s only a negative if you make it one though. He might be a little self-centered (see “All For Me” and “Playin the Field”) but he’s young and successful and clearly enjoying it so I can’t see a reason to be mad at him for that. “I’m living life exactly how I wanted to be.” Yeah you are Hoodie, and you even made me laugh with the Biggie inspired bar “I love you like a French kid love crepes.” You’re alright Mr. Markowitz.