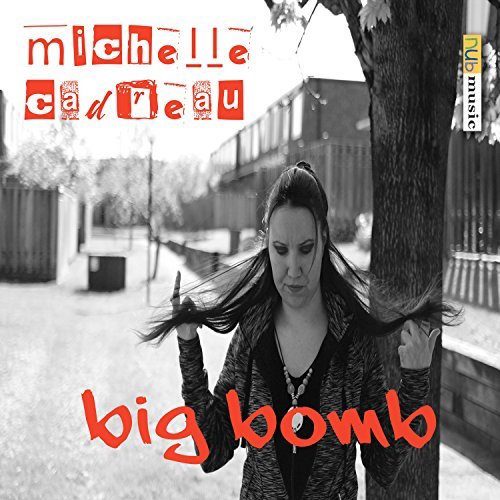 Stop me any time if this sounds familiar to you. You’re at an all ages open mic session for aspiring rappers at a local coffee shop. The locally famous deejay, possibly on an off night from their radio show gig or donating the time to give back to the culture, has taken up residence on a hastily assembled stage and is spinning hot beats for anybody who will take the challenge. They may even be offering the winner a small prize – say $25 in cash or a gift card for some java and an appearance on said radio show. One emcee after another takes their turn as you sit and sip and wonder if you should have snuck in something to “freshen up” your drink. Some of the contenders are alright though. A few have enough brought along their friends to hoot and holler at their seemingly improvised but possibly memorized bars.

All of a sudden a very timid looking rapper steps on the stage clutching a handful of bars they had written down in advance. The pages look crumpled and worn, ink marks bleeding through the margins from words that have been crossed out or written over. Their body language makes you feel as uneasy as they do. The microphone seems to be a venomous snake ready to bite them in the nose but they still step as close to it as they dare. Their body trembles like a leaf in the wind. If somebody in this place turned on the air conditioning they’d blow right out the front door. Looking down at the bars they’ve written, never once daring to glance at the audience, they stammer and mumble their way through a series of raps over the instrumentals. Their vocal pitch never changes. The deejay is dumbfounded and suddenly the beat stops. They keep going anyway like it’s suddenly gone from “open mic night” to “beat poetry night.” They rush even faster through the words, quietly mutter “thank you” and run off the stage without saying a word to mostly polite applause interspersed with a few chuckles and one person loudly remarking “What the hell was that?”

As I get older my time grows more limited both in terms of my freedom to write and the realization that my time on this earth is finite. I never expected to lose friends my age or younger but it’s started happening more and more frequently these past few years. As a result most new albums I choose to write about is something I purposefully CHOSE to cover and not accidental discoveries. I CHOSE to write about Michelle Cadreau. I did this to myself. No one is to blame but me. If you make the same choice you in turn have no one to blame but yourself. Were you just dying to hear an entire album of rap songs from that awkward kid at the coffee shop? Well then let me drop the “Big Bomb” on you because those first two paragraphs were the kindest way I could describe this release. I’m as sure that Michelle Cadreau is sincere about her art as I am sure that songs like “My Peeps” are unlistenable in a matter of seconds. That’s all I can take. I can only write down a few bars before I have to stop for my own well being.

“That’s the colors that bled, they flow like a river
which produces the cold shivers
With the song that I deliver, I’m the hip-hop giver
that makes you quiver; I create tremors
during months that are not even December
I’m just the sender of something for you all to remember
So play my track now or never
or just play it whenever”

I’m going to recommend we file this one in the “never” category as opposed to the “now” one. The 38 minutes of “Big Bomb” gave me frequent pause for introspection as well as a potential migraine. Was I missing the point of Michelle Cadreau’s style? Maybe this IS a poetry slam or an open mic night some aspiring beatnik mistook for their chance to try a few things out. Maybe it’s even intentional comedy like the deadpan delivery of Jon Lajoie. Coincidentally they are both Canadian although Cadreau hails from Hamilton and Lajoie from Montreal. What shocks me though is that her press kit claims this is Cadreau’s FOURTH album. I’d say words fail me but in truth they don’t – they actually flow like water from the tap. Incredulous words. Disbelieving words. Words strung together in sentences like “Who the f#$# bought THREE ALBUMS before this one and kept encouraging her to do more?”

It’s been a long time since I’ve actually dipped my barb into some truly venomous ink. I try to be nice when and wherever I can. I want to encourage artists to create art and those who haven’t achieved their full potential to reach for a higher goal. In Cadreau’s case though it’s a far greater kindness to say “STOP!” The one person I can give any credit to on “Big Bomb” is DJ Hitman. “Ineffable” sounds comparable to a Southern rap beat, but she has no place musically or stylistically over it, and the same can be said of “Large Bills.” Listening to the latter I’d swear she was an alien from beyond our galaxy who intercepted radio waves of GangStarr and decided to communicate with Earthlings in rap form. The problem with that is that knowing what rap IS and being able to do it are two different things. Here’s the other nice thing I can say about Michelle Cadreau – my own rap songs were WORSE. That’s why I’m a writer and not an emcee. Perhaps she should take up my profession instead.