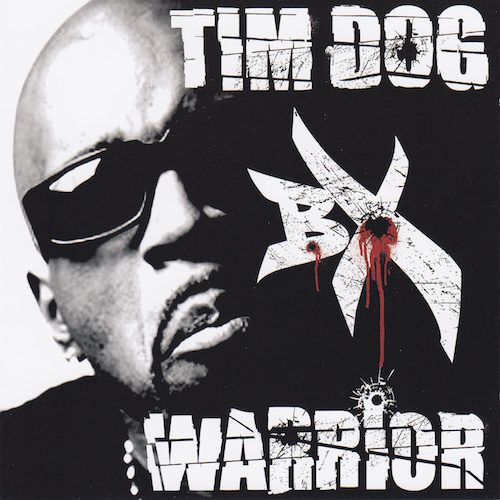 The life and times of Timothy Blair b/k/a Tim Dog read like the script for a “based on a true story” fictional Hollywood movie. It’s therefore fitting that his larger than life saga ended with accusations that he faked his own death in an effort avoid paying restitution for the crime of larceny. He had plead guilty to scamming a woman through an online dating site, and two years later he was dead from complications related to diabetes — or ALLEGEDLY dead anyway. After all he had already lied once so why not lie some more, bounce, and get a new life with a new ID? He certainly wouldn’t be the first or last person to ever try such a scheme. The truth is far more somber though. Tim Dog really is dead and gone. The short version of the story is that he died penniless and was thus cremated with no funeral, so despite many people suspecting this was one last con by Mr. Blair, there really is a death certificate with his name on it. There will be no second act for the D-O-G. The movie fades to black.

For recording artists though there is always a life after death preserved through the music they made. Sometimes it’s in the form of posthumous production of tracks recorded during their lifetime but never released. Sometimes it’s in the form of “Greatest Hits” compilation albums that may feature one or two such unreleased songs as bonuses. In rare cases there can even be full length albums that were fully intended for release but got shelved due to contractual disputes with record labels. And sometimes it’s far more mundane than that – an album that went completely under the radar that was released far after the peak of the artist’s popularity. Such is the case for “BX Warrior,” an album that seemingly came out almost 12 years ago to the day (May 19, 2006) to a complete and utter lack of fanfare. A baby’s fart in the wind makes more noise than this LP did. Not only is it telling that I have never seen a physical copy of it, it’s impossible for me to link to anybody who can sell it to you. You might find it on eBay, but it might also be a homemade bootleg, which wouldn’t be that different from the album itself. There’s no trace of either of the imprints named in various articles reference the album. The “Def-Dick” label seems suspect automatically, although Tim’s issues with Def Jam and Russell Simmons (more on that in a minute) make it a possibility. The only “Big City Entertainment” I can find is in Sioux Falls, South Dakota and appears to have nothing to do with Tim’s album. Aside from the fact somebody somewhere along the line ripped a copy of this release and uploaded it to various places (including YouTube) it could honestly be a complete mystery. Much like his death it raises a lot more questions than answers, and the answers you get aren’t as satisfying as you want them to be.

Let’s talk about what “BX Warrior” is though and to a larger extent why it even exists. The thing that made Tim Dog infamous was talking s–t about Compton and the majority of rappers from California he could name. What he lacked in lyrical acumen he made up for in passion, delivering his profanities emphatically over a selection of largely quality beats produced by Tim and his Ultramagnetic friends Ced Gee, Moe Love and TR Love. The message in his music struck a chord with East Coast rappers who felt like they had been overshadowed by the rise of N.W.A and gangster rap from Cali. His album didn’t slow their rise in any way, but it did prove to be a rallying cry for rappers to chose sides in the East Coast/West Coast feud that dominated the 1990’s. Even 15 years after his solo debut, Tim Dog was still riding on the fame he gained from that clarion war cry on self-produced tracks like “BX We Invented Hip Hop.” It’s not a particularly inventive beat – in fact it’s a simple loop of Southside Movement’s “I Been Watching You but at least he chose a good track to jack. Over the course of the song Tim reveals his lack of empathy for everyone on Earth, declares that “New York City streets are worse than Vietnam” while complaning that “all you fa—t ass deejays won’t play my joint.” It says more about Tim’s need to play the victim in his declining years and his rampant homophobia than it does anyone’s desire to play what is clearly not a radio friendly song anyway.

That said there’s actually SOME improvement here as a lyricist over Tim’s earliest days. His first album could be summed up with the sentence “I’m so hard, I’m so hard, I’m so hard, I’m so hard, I’m the hardest motherf—er you know, and I’m even hard in your b—h because I f—ed that hoe.” In his later years he at least tried to mix some salient points in here and there amongst all his machismo. He’s got a lot of enemies to call out – crossover rappers, new jacks who act like old vets, The Source magazine, and yes as mentioned a big beef with Def Jam and Russell Simmons. This comes to a head on the self-produced title track when Tim lays down the facts on why he finds them to be so whack.

“Rakim taught knowledge of self
Dr. Dre greasy bastard didn’t share the wealth
And Russell Simmons got a billion for Def Jam
And still won’t give Nice & Smooth a hand! F–k it
Give us fifty grand, help us make a plan
Watch us take back our music from the f–kin man
But you run with ‘Stan’, rather hang with +Shady+
Eminem the best rapper? YOU CRAZY!”

It’s honestly shocking to hear Tim Dog talk about rap moguls needing to give back back more to the hip-hop artists that made them rich, but it’s also a shame that he’s making good points over such a mundane piano loop. “BX Warrior” ends up being exhausting to listen to because rarely do all the right elements come together at the same time. Even when he’s got the right beats to rap over they often end up that way because they’re so overly familiar. You’d have to try really hard to sound bad over a jack of “Nautilus” by Bob James, so of course “Original Dog (BX Mix)” works as a song, it’s just that it’s not a compelling show of creativity to be the 10,000,000th producer to loop it. There’s a certain amount of banking on nostalgia built into this album though, including Tim’s attempt to revive the Ultramagnetic MC’s as a unit. His loyalty to the crew that helped put him on is admirable, but Ced Gee’s skills were in far more decline than Tim’s, and even though Kool Keith’s untameable style helped put that unit on the map he sounds out of place and uncomfortable jumping back into this line-up on tracks like “Love 4 Us.”

The best way I can explain it is that “The Return of Dr. Octagon” came out the same year. Even though that was a dubious Kool Keith album he later renounced, it came out a decade after he had invented and showcased his wild Octagon personality, and trying to fit Keith and all his personalities into the Ultra mode after that just doesn’t work. He’s not part of a team – he’s a whole team by himself. Nevertheless this wasn’t the first time he tried to partner with Keith again – it was at least the second if not the third or fouth time they collaborated post-Ultra. Again I have to respect that amount of loyalty to fam even if it didn’t result in musical creations that will be widely hailed and fondly remembered.

Actually that sums up “BX Warrior” rather nicely too. There are some curiously entertaining moments on here like the raunchy R&B duet “Hold You Down” (we’ll just ignore the irony of him calling out rappers for duets earlier on the album) and some surprisingly good beats from Dr. Zygote & Jazz T on songs like “Hardcore” and “Get In That Ass.” Unfortunately good moments like these are awash in a sea of mediocrity, and even “good” is relative given that Tim is more interested in bashing everybody who has either done him or hip-hop (and thus by extension him) wrong. It’s not that his use of profanity is offensive, it’s just that he often resorts to it to remind us how hard he is as opposed to trying to be a little more artistically creative. The greatest shame of this album is that it was his last because there IS potential here. Timothy Blair was arguably a better rapper at this point in his career than when he became a rap superstar, but he needed a better vehicle to drive that point home, and “BX Warrior” is more like an Edsel than a Ferrari.