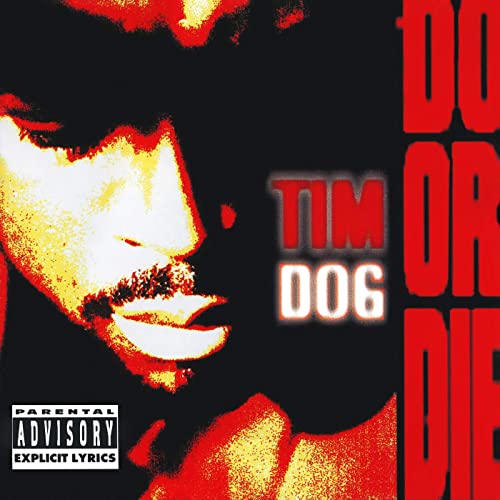 It pains me to say this because I know it shows my age, but since it’s undeniably true I have to say it anyway — it used to be a lot easier to become recognized in rap. These days the difference between a rapper with a major record label deal and distribution and a rapper self-publishing albums on Bandcamp or Soundcloud is almost non-existent. Everyone has access to the same tools, and while the democratization of production and mixing is a net positive, leveling the playfield means that even the most amateur rappers can achieve a somewhat believable sound with a modicum of effort.

Back in the day the exact opposite was true. Great rappers could go completely unnoticed without a major label behind them, and even mediocre emcees could become well known with the right producers and promotion. Bless the dead but Tim Dog is a great example of what I’m talking about. Thanks to his friendship with the Ultramagnetic M.C.’s in general and Kool Keith in particular, a relatively mediocre rapper who gained fame from dissing Compton quickly became established as a significant figure in rap. A follow up to his 1991 debut album was not only expected but highly anticipated, but I’m not sure there was any way “Do or Die” could have captured lightning in a bottle twice.

This is the level of lyricism you can find on songs like “Maddog,” a track which also suffers from recycling the same sample as the superior Black Sheep song “The Choice Is Yours.” Don’t be surprised if you find yourself saying “you can get with this, or you can get with that” while listening. I will give Tim Dog credit for one thing here though — he’s clearly self-aware about what made him a rap star to begin with. Is he clever with his bars? No. Does he drop punchlines that make you hit rewind? No. What can Tim Dog do then? He can do what he does well — talk a lot of shit in a very loud and gruff manner. I can’t say tracks like “Hardcore” are good in the traditional sense, but there’s a charm to his strident defense of underground rap even if he’s not incredibly eloquent in his messaging. “And all you record execs? Diss my shit and you’re next.”

The real drawback of “Do or Die” though isn’t Tim Dog’s lyricism, it’s the lack of Ultramagnetic production. Ced-Gee, TR Love and Moe Love were all over his debut, which gave it a classic sound that elevated even the more banal of Timothy’s thoughts. Of 12 tracks on his second album, 10 are self-produced, and there was no cheap and affordable software in the early 90’s to make anybody with a laptop sound like a musical wizard. The results is songs like “Game” where the instrumental is more mediocre than the rap itself. Tim Dog’s stilted delivery and shouted rhymes need all the help they can get and he’s not capable of giving himself that help most of the time.

The lead (and from what I remember only) single “I Get Wrecked” featuring KRS-One stands so far and above most of the rest of his sophomore effort that you could buy it and skip the album entirely. Would it surprise you to know that Moe Love and TR Love co-produced the song with Tim? I bet not. Despite these shortcomings Tim Dog managed to persist in rap simply from making such a big impression with his debut, releasing new albums well into the 2000’s before his untimely demise in 2013. I don’t advise going out of your way to listen to “Do or Die” because it’s not his best work, but since everything was downhill after he debuted, I will say this much — if his abrasive style worked for you at any point there’s some enjoyment to be had on his sophomore effort — but not much.