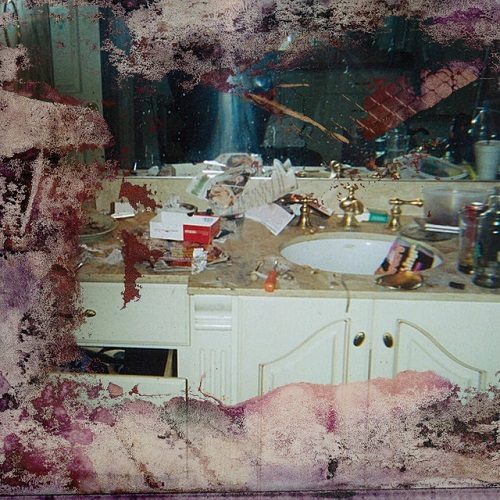 We begin, as the saying goes, at the end. The last track on the album (and the one that grabbed all the attention), “Infrared”:

“The game’s fucked up
Niggas beats is bangin’, nigga, ya hooks did it
The lyric pennin’ equal the Trumps winnin’
The bigger question is how the Russians did it
It was written like Nas but it came from Quentin
At the mercy of a game where the culture’s missing
When the CEO’s blinded by the glow, it’s different
Believe in myself and the Coles and Kendricks
Let the sock puppets play in their roles and gimmicks, shit”

These lines, directed at Drake at the beginning of the summer of ’18, bring to close an album that features production both sparse and rich in equal measures, and which inflicted serious body blows on Mr. Aubrey Graham on fronts both personal (a hidden baby with a former adult film actress), and professional (by addressing anew Drake’s ghostwriting accusations). Pusha then followed up this already-brutal assault by releasing “The Story of Adidon”, a blistering track that exposed Drake’s long-rumored secret. You know a diss track is serious business when the target it is aimed at is forced to publicly reconcile the claims made about him in the song AND to explain away a damning photo in blackface. Even if “Daytona”‘s only legacy was the diss, it’d still be a notable addition to the pantheon of artist-on-artist verbal assaults.

How much of the damage done to Drake’s rep will stick remains to be seen. There’s a saying in the political sphere that “politics is downstream from culture”, and frequently a rapper losing his peer cred can take years to catch up to the mainstream – if it ever does. Judging by Drake’s success later on in the summer with “In My Feelings”, he’ll probably be okay in the long run, but the real hip-hop heads will never be able to listen to him again without thinking, at least for a moment, “Yeah, but Push got him back in the day”.

“Daytona” was produced by none other than Kanye West, the artist who himself was in the midst of personal tumult, during a series of recording sessions in Wyoming (that hotbed of rap activity) that also resulted in albums by Nas, Kid Cudi, and others.

The album kicks off in near-acapella fashion, as Pusha rhymes over a light snare on the first few moments of “If You Know You Know”, before the beat drops and the song kicks off into a Kanye West beat that wouldn’t have been out of place on any of his first three records. King Push immediately takes aim at rappers who talk a good drug game, but whose track record is of an unverifiable nature, while showing the rest of us mortals how to flip a drug metaphor like a professional:

“A rapper turned trapper couldn’t morph into us
But a trapper turned rapper can morph into Puff
Dance contest for the smokers
I predict snow, Al Roker
If you know, you know
I only ever looked up to Sosa
You all get a bird, this nigga Oprah”

The next track, “The Games We Play”, feels like a slower, relaxed version of the Clipse track “Back by Popular Demand (Popeye’s)”, but without Malice or Cam’ron. That’s not a knock at all.

“Santeria” features a mellow, chill beat best suited to slow, contemplative drives, featuring a soul-searching Pusha interspersed with Spanish vocals. Anyone who stumbles upon this while looking for the Sublime song of the same name will be happily surprised, if they have any taste at all:

“Of all the things I’ve ever paid for
Know that it’s no price tag when I wage war
It’s no more to pray for, niggas get preyed on
Darken my doorstep, they told me the day’s gone
You listening, De’von?
As I’m talking to your spirit for God’s sakes
I’m dealing with heartbreak
Checking my ego, I’m livin’ with lost faith”

Personally, one of the album’s most interesting parts comes from a feature by Kanye himself on the track “What Would Meek Do?” It’s easy to forget amidst all the other nonsense that accompanies him nowadays, but Kanye Omari West is an inveterate and unapologetic shit-talker in his own right on the microphone. As a straight-up rapper, he is genuinely funny and self-effacing, often making fun of himself and then bragging in the next line. It’s a real shame that’s not what we often see from ‘Ye these days.

At about 21 minutes total running time, “Daytona” is a short listen. This is the rare hip-hop with very little fat on it, and it shows. You will find yourself putting it on in the car, only to be surprised when the first track comes back around in 20(ish) minutes. It’s a lean, dense album that is not here to screw around and waste anyone’s time.

This album, while enjoyable in its own right, feels like it should be a much bigger and ambitious release, especially considering the wait. It lives in an odd place, as fans starving for the long-promised “King Push” album will most likely love what is being served on the table, while wondering where the rest of the meal went. It’d be like waiting too damn long for a big, delicious steak, only to have a really good 4 oz filet turn up at the table. Even if it was the greatest morsel you’d ever tasted, you’d be left asking yourself, “After all this time, that was it?” At some point, the anticipation affects the overall satisfaction.

Pusha T’s beef with Drake may have grabbed some ears that were previously unfamiliar with his work, and this is the sort of ‘really good album’ that can precede an all-time classic breakthrough album. The lyrics are there, and one assumes the beats will be as well. Pusha T has proven himself as an artist in his own right, and if all the pieces ever come together in the right way at the right time, he’s capable of delivering the real classic solo effort that his fans have been waiting for.