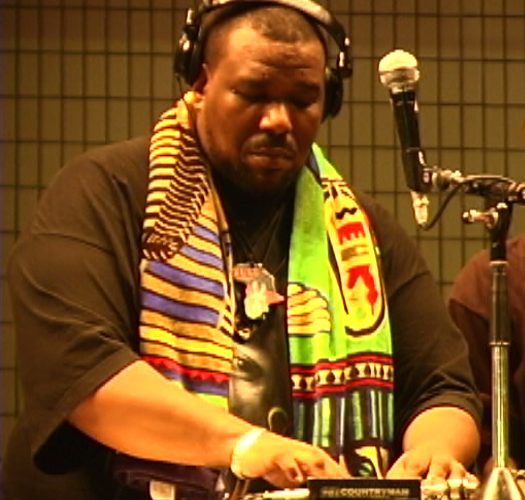 This isn’t an easy topic to talk about, so I’d like to offer both a warning and a disclaimer before proceeding. The warning is that if you have experienced abuse or molestation as a child, this discussion may be triggering for you, in which case you would be advised to not read this editorial. The disclaimer is that although the Universal Zulu Nation formally ended all ties with Afrika Bambaataa and issued an apology letter, no charges have ever been brought against Bambaataa and due to the statute of limitations in New York it seems unlikely that any ever will. We should all keep in mind that he’s neither been charged with nor convicted of any crime.

Afrika Bambaataa (real name Lance Taylor) is widely acknowledged as one of the early architects who built the hip-hop music and culture we know today. Many referred to him as “The Godfather” and not out of any sinister mafioso association but simply because they felt he was the spiritual father to hip-hop itself. He fulfilled that role as the recognized leader of the Universal Zulu Nation, a group which has always stated a goal of bringing “peace, love, unity and having fun” to the urban communities hip-hop sprang forth from, then spreading that same vibe to all supporters of hip-hop music and culture regardless of where they are. As a direct result chapters of the Zulu Nation have sprung up in dozens of countries around the world over the last 40+ years with the blessing and endorsement of Bam and the Nation. Outside of that he may be best known to the mainstream for the techno-funk-rap hit “Planet Rock.”

For better and for worse it’s a song evocative of the era it came from — an era of “glam” hip-hop focused on club music and colorful costumes. I have always enjoyed the song and still do but it singularly stands for exactly what Run-D.M.C. was trying to change when they dressed in Adidas sneakers, fedoras and gold chains. They wanted to be “down to earth” hip-hop artists and not the “disco” hip-hop that came before them. Even though the song itself is now a time capsule of a specific era, Bambaataa continued to remain a force in hip-hop for decades to come. He was there at the beginning and he’s still here today. Who wouldn’t want to respect that? Hip-Hop far too often forgets its forebears and pioneers, but Bambaataa was never forgotten.

In 2016 that lifetime of reverence and respect for Bam began to erode when people came forward and alleged they were sexually molested by Bambaataa as children. Bam immediately dismissed the allegations as “a cowardly attempt to tarnish my reputation” but his denials did not make the story go away. To make matters worse those who challenged his story suddenly found themselves in grave peril. Ex-Zulu Nation member T.C. Izlam received death threats and was shot dead in Atlanta on June 8, 2017. The two things may of course be a coincidence — a robbery gone wrong and a man who had received death threats for criticizing Bam don’t necessarily have to be connected. Furthermore Bam left the Zulu Nation shortly after the allegations emerged and over a year before Izlam was shot. Coincidence or not, it’s chilling.

In the wake of these allegations and Bam’s subsequent departure from the hip-hop movement he had led for decades, many people in the hip-hop community moved to distance themselves from Bambaataa out of distaste with what he MAY have done. Lawrence Parker b/k/a KRS-One went in precisely the opposite direction. Although he said his position was mischaracterized in a cheap attempt to get web traffic, he still comes across as exonerating Bambaataa in print. “I am saddened at the whole controversy and how it is being handled. It is not that I don’t care, it is more the fact that I don’t gossip, I don’t take sides in real disputes that don’t concern me, I don’t slander people’s names and I don’t believe in abandoning your friends when they may be accused of crimes or make mistakes in life. What is so confusing about that? My position is clear! At this moment, all I am seeing and hearing regarding Afrika Bambaataa is gossip and sensationalism, and like I have already said, ‘I really don’t give a f**k about all that!'” Hearing his views in audio doesn’t make it more palatable.

Unfortunately his defiant defense of Bambaataa ultimately tarnished two hip-hop legends instead of just the one. No one has ever (nor I doubt will ever) accuse KRS of endorsing pedophilia, but it’s far too easy to misconstrue his position when he says that what Bambaataa did for hip-hop can’t be taken away or that Bam is “infallible.” A more sensible statement would be “Afrika Bambaataa is a hip-hop legend and pioneer who has been accused of some horrible things. I hope they are not true but I stand with the victims of child abuse and molestation everywhere.”

Those who have followed KRS-One for his entire career though know that “sensible” doesn’t always coincide with his views. I long ago learned to reconcile the contradictions when the leader of the Stop the Violence Movement said on a live record that “if negativity comes with a 22, positivity comes with a 45.” He’s spent a large part of his career battling the media who pick apart his statements looking for contradictions, but then firing up critics with grandiose claims like “I AM HipHop” and statements like “Hip-Hop is like my little dog. Wherever I go, it follows.”

Over the years I’ve had plenty of reasons to defend KRS-One’s contradictions. I’d point out the importance of his music to the culture dating all the way back to “South Bronx,” the leadership role he’s played in defending and promoting all elements of hip-hop including graffiti, breaking, deejaying, beatboxing AND rapping, and the fact that we all change views as we age as part of our maturation and growth as a person. It’s not defensible though to say “wherever I go hip-hop goes” and then say that “Bambaataa is infallible.” No mortal is infallible. Not Lance Taylor, not Lawrence Parker, not Donald Trump. We are all fallible and all prone to failure. Whether or not the seemingly credible accusations against Afrika Bambaataa are ever proven in civil or criminal court, both he and the Zulu Nation seemed to agree it was best to part ways, which in and of itself shows he is very MUCH fallible. Personally I thought hip-hop culture had moved on from this controversy until I shared a KRS-One song on social media, and was then reminded publicly that I shouldn’t promote a man who endorsed a pedophile. That just goes to show that I’m fallible too. Hopefully some day KRS will say the right thing regarding Bam, but I’m not holding my breath waiting.