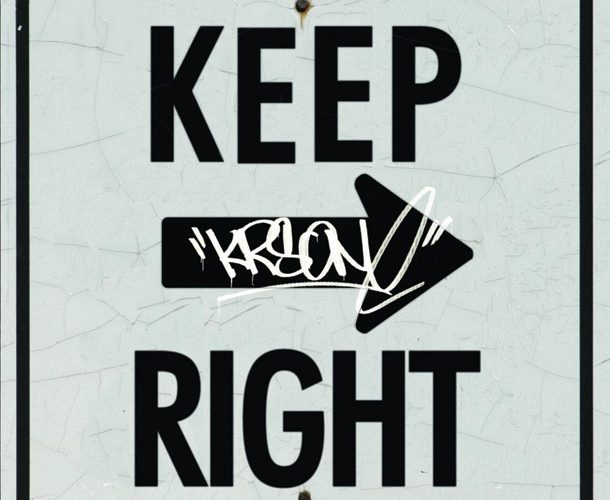 It’s common knowledge that hip-hop doesn’t treat its pioneers too kindly. And if DJ’s like Kool Herc and Grandmaster Flash draw crowds again these days, it is because seeing them perform makes you feel like being part of history, even if the era they represent is indeed already history. Whenever we undertake that pilgrimage to see our forefathers in flesh and blood, it is because we see it as a way to show our appreciation for what they’ve done for the music we love. But beyond their status as pioneers, even though they could be, and should be, they are no longer relevant for contemporary hip-hop. Our Melle Mel’s and Kool Moe Dee’s haven’t quite reached that age yet, but it’s hard to imagine them gaining new fans across generations once they’ll be officially old (grey hairs, wrinkles and everything), coming back the way a Johnny Cash came back in country, the way a John Lee Hooker came back in blues, the way a Compay Segundo came back in Latin music.

Enter the MC who once vowed he’ll be “rippin’ the microphone till I’m motherfuckin’ sixty.” He still has some decades to go, but he has already developped a stamina few of his peers have been able to counter. The reason for such persistence is plain. If you asked him, he’d probably refer to his infamous “I am hip-hop” statement and point out that as long as hip-hop exists, KRS-One will exist, and that as long as KRS-One exists, hip-hop will exist. And he’d be partially right because it IS hip-hop that keeps him going, hip-hop in its commercialized form, and hip-hop in its perceived role as a culture, a dichotomy he’s been trying to reconcile with rhetoric and action throughout his career. KRS-One insists on being part of hip-hop, refusing to accept his lifetime achievement award, take one last bow and exit stage left.

KRS wouldn’t have to fight that battle if the conditions weren’t adverse to his agenda. Take a look at the commercially most successful hip-hop artists of the last ten years, and it’s easy to see that in this music money talks quite literally, the almighty dollar being ever-present, from executive decisions down to the lyrical content. Leading the opposition, KRS-One has found many other platforms to spread his message, in books, lectures, debates, interviews, and most notably through his organization The Temple of Hiphop. But he hasn’t forgotten about the discussion forum that is rap itself. Not to be knocked out of his stride by the label changes in recent years, Lawrence Parker presents us with his 13th album, “Keep Right”. From the onset, he once more stresses his relevance, shouting out clubs across the country that welcome him and his entourage. So KRS and crew are still on the road – unfortunately, that didn’t translate into another goose bump moment like the intro to “Return of the Boom Bap”, where he assured us: “We will be here forever. Do you understand? Forever and ever and ever and ever. We will be here forever.”

KRS once again failing to achieve the brilliance of his earlier landmark LP’s? It’s a first impression that proves truer with each track. At first you’re willing to accept the synthetic soundscapes of the Domingo-produced “Are You Ready For This” and “Illegal Business Remix 2004”, you welcome Afrika Bambaataa blessing the project with his words of wisdom in two interludes, and you nod approvingly to the generation gap-crossing collabo of Kris and Massachusetts MC L Da Headtoucha over Soul Supreme’s soulful wails on “Everybody Rise”. But as the album goes on, you begin to notice how disparate the production is, lacking the final mixing touches that would make it a cohesive piece of music. You catch KRS repeatedly slipping on the songwriting side, as “Illegal Business Remix 2004” lacks the insight of the original from 1988, merely adding “diamond business control America / the oil business control America” to the classic chant “Illegal business control America / KRS-One still causin’ hysteria.” At any rate the first verse does cover the song’s subject: “I will open the minds of thugs / Who you think really bring in the drugs? / 60 million people smokin’ the bud / cause the American way of life is bugged / You never peep it, yo, this ain’t a secret / They confiscate it, re-sell it (…) believe it while you sit there weeded.”

“Me Man” is a far cry from even the relatively simple wordplay once exhibited on “Hold”. “The I” (featuring longtime associate Mad Lion, who hasn’t gotten any better) will have you pondering its meaning only shortly before you decide that it’s hardly worth caring. “Phucked” is “Outta Here” lacking everything that made the latter interesting. “Rap History” is one of the few tolerable skits, but in his heyday, KRS would have schooled his audience on rap’s roots in song form (Ã  la “You Must Learn”), instead of squeezing in a barely audible taping of a speech. “Still Spittin'” (featuring Supastition, L Da Headtoucha, Akbar, An Ion and Illin) will not exactly go down in history as a classic posse track. And “My Mind Is Racing” is quite possibly the very low-point of his recording career, from producer John Doe completely failing to translate the racing theme, to some extremely clumsy chanting in the middle, to Kris’ own hilarious “my mind is racing like wrrrm, wrrrm, wrrrm…” (I kid you not).

With a total of 23 tracks, it’s right to assume that “Keep Right” contains a number of skits. They range from preachy (often involving Minister Server) to eye-opening (DJ Q-Bert cutting up classics on “Here We Go”). But adding to the inflation of tracks is the fact that few songs go beyond the three-minute mark. Instead, you have hybrids like “…And Then Again…” and “I Been There” that contribute to the unfinished appeal of this album. Even the arguably best beat, “Let ‘Em Have It”, is abruptly cut off. From a man who once pointed out a shortage of “slammin’ albums” on his competition’s part, the air of carelessness that surrounds this album is simply not acceptable. On the vocal side, things don’t look too bright either. Those of us who are able to appreciate the artform of rap, to savor its flavor, know that KRS-One ranks highly among MC’s past and present. From his vocal and lyrical creativity to his refined rhetoric, KRS is a more skilled rapper than almost any out there. The energy he charges the mic with is still highly engaging and will indeed enable him to go on for years, but in the past his pen has been sharper, his flows have been more varied. All this leads to less persuasiveness, so that a lot of his arguments end up sounding like wishful thinking.

For all the flack “Keep Right” catches in this review, there is still the message, and that message is important. Even though his ego often gets in the way of a clear-cut analysis, he solidifies his position as a moral authority that needs to be heard. “How many MC’s must get dissed / How many young men must get frisked? / How much ice can really go on one wrist? / How many shots get fired at a target and just miss? / You gonna live like this?” he asks, to add “I walk the same path that Mase do / but he went in the church, I stayed out to face you.” You heard that 50 Cent doesn’t ‘back down’? Well, KRS-One doesn’t either. And so you wish he would reach kids with the words he directs at the young inmate during the fictional prison visit in “Stop Skeemin'”, you wish the Joe feature would arouse some attention, even though the song sounds like a dated early nineties R&B/rap collaboration. With more heartfelt moments like this and less ego-tripping, “Keep Right” could have been a stronger contender just on content alone.

Those looking for more than music that follows the party line, music that’s actually good, are left with too few treats. “Are You Ready For This” works well as an opener, getting the album in gear with its old school call-and-response courtesy of Funky Fresh Four Plus One. The Ten-produced “You Gon Go?” is a mellow variation of DJ Premier production techniques, KRS’ flow hinting at what he was once capable of. The inspiration also shows in the lyrics as he jokes, “You might not see me on this station / cause this is a ‘Rap City’, KRS needs a hip-hop nation,” and sums up the tragedies that keep befalling hip-hop with “Why the dopest MC always a dead rapper?” Another example of the enormous influence a beat holds over a rapper’s performance is “Let ‘Em Have It”, where Soul Supreme shows us what treasures a real digger can unearth. Maybe the Swedish beatsmith embodies KRS-One’s definition of hip-hop best. After all, it was only recently that he hooked up with the co-executive producers of this album, Inebriated Rhythm, over the internet. That seems right in line with what Kris says in “Feel This”:

“Neck movin’, sweat oozin’, schoolin’, that’s how we jam
I write with a free hand, I write with a purpose
If you bought the CD, thanks for the purchase
If you downloaded the album, then come to the concert
Don’t sit in front of the computer till your eyes hurt
Get up, get out, join the movement
Hip-Hop Kulture is more than music”

Thankfully, KRS-One too is more than music. And since you’ve just been caught sitting in front of the computer yourself, it wouldn’t hurt to heed his words.