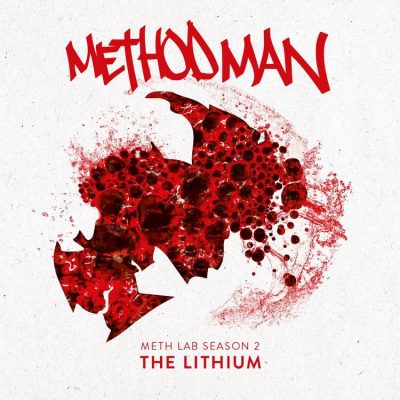 Seeing once great artists releasing records to little fanfare is one of hip hop’s worst traits. The lowly streaming figures for KRS-One or Canibus albums released in the last few years reminds us all that elite rhymers need to be careful not to tarnish their legacy by slowly filling their catalog with subpar material. Method Man could fall in to that category if his catalog was actually any good in the first place. Of course, Meth has the wonderfully rugged “Tical” (released 25 years ago) and the excellent “Blackout!” alongside Redman (released 20 years ago), but everything after that hasn’t been particularly memorable. Even 1998’s “Tical 2000: Judgement Day”, which is actually prime Method Man, was ruined by the decision to stick ELEVEN skits on it. 2004’s “Tical 0: The Prequel” was alright, but even Meth himself said it was ruined by the slick production that Diddy pushed the record to. 2006’s “4:21…The Day After” was good but lacked direction, saved by its Wu-Tang collaborations.

Meth’s best work of the past decade has come with his Wu brethren – 2010’s Wu Massacre was a return to form, alongside Raekwon and Ghostface Killah, and Meth ended up stealing the show on the Clan’s “A Better Tomorrow” in 2014. Unfortunately, 2015’s “The Meth Lab” was as much a Method Man album as “Chamber Music” was a Wu-Tang Clan album – glorified compilation would have been more accurate. It wasn’t well received, yet Meth has decided to title his latest record “Meth Lab Season 2: Lithium”, a nod to his successful TV career.

Taking on the loose theme of a television series, “Meth Lab Season 2: Lithium” is once more padded with skits (7 out of 22 tracks) that add little outside of a fun update to the infamous “Torture skit” from “Enter the Wu-Tang (36 Chambers)”. Dame Grease provides a suitably dated mid-2000s beat for “Grand Prix” that demonstrates how far Meth’s charismatic presence can carry any instrumental. “Back Blockz” is horrible and doesn’t do unknown talents Freak, Cardi Express or Youngin any favors. Unfortunately, it’s mostly the new names that let Meth down, with Pretty Blanco “Killing the Game” in the wrong way, 718 Spank doing his best Three 6 Mafia impression on “The Lab”, while Intell does his best to make “Eastside” catchy but is overshadowed by a random Snoop Dogg verse.

It’s not all doom and gloom, with “Ronin’s” maintaining that Wu-Tang sound, with Cappadonna and Masta Killa assisting. Redman sounds incredible on “Wild Cats”, having not aged a bit, and Streetlife even rolls back the years with a dope sixteen. These reliable veterans simply aren’t enough to make up for the majority of “Meth Lab Season 2: Lithium”, which is forgettable, often dated New York rap that sounds incredibly out of place in 2019.

“Meth Lab Season 2: Lithium” should have been a mixtape and the highly-anticipated true Method Man album “Crystal Meth” appears to have been indefinitely delayed. That could be a good thing, but as a life-long Wu-Tang fan, I’ll still blindly hold on to the promise of a proper Meth album full of grimy hip hop, because hey, that’s what keeps us rap fans going.