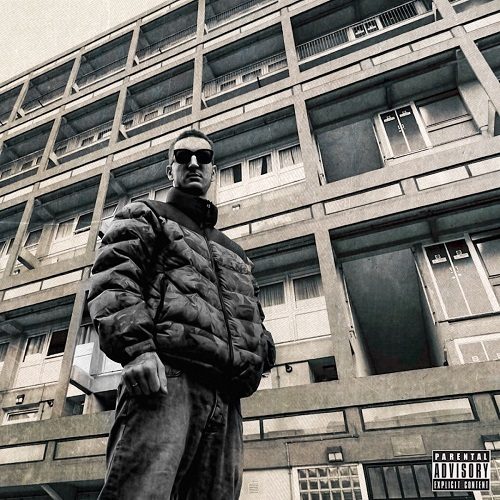 London emcee Ray Vendetta is part of the Triple Darkness squad of lyricists that have dropped countless records over the past decade, and his record label Prestigious Recordings was set up in 2017 with a twist on the British Wu-Tang style the TD guys are known for. Years ago, Ray would have broken out and been a bigger name in the UK, but Hip-Hop feels like it’s in a rough place, unfairly overshadowed by Grime and Road Rap.

Ray has brought a down-to-earth humanity to the fictional hyper-violence and poetic aesthetics the likes of Melanin 9 and Tesla’s Ghost offer, and his new signing Jaydar (pronounced Jada) echoes Ray’s style to the point of almost sounding like a doppelganger.

Aside from the ninja narrative heard on “Sharper the Berry”, there’s an intelligent if pessimistic emcee sharing his struggles of life in London. Lines like “I’ve no sole on my worn-out Nikes” are vividly delivered, setting Jaydar out from American counterparts such as Hex-One who create sonically similar records, yet never really say anything substantial. Production is handled by various names, most notably Giallo Point who has become one of the underground’s hottest producers for a few years now. It’s suitably murky and reflective of London’s concrete backdrops, not too dissimlar to Havoc’s cinematic depiction of New York in the late 1990s.

Ray Vendetta joins Jaydar on “Abandon Ship” which doesn’t quite do the beat justice – even the Biggie Smalls lyric isn’t utilised to its full potential. “Wicked Wayz” similarly has a filthy beat straight out of Nick Wiz’s basement, yet is let down by a hollow hook. “The Article” is probably the quintessential Jaydar track on the album, boasting a pumping set of kicks and snares and a barrage of varied vocabulary. Citing the zombified society we current reside in, Jaydar goes into vivid detail describing how he’ll destroy the undead minds slowly stumbling through life, as if it’s one of George Romero’s gory classics.

That desolate atmosphere is also the subject of single “Belly of the Beast”:

Jaydar is an accessible side of the London hip hop scene that still shows influences of the likes of Nas and Wu-Tang Clan, yet remains fully entrenched in British slang, modern problems and doesn’t glorify the dark side of the street. With refinements to make individual songs more distinct, Jaydar has the potential to reach an international audience that may appreciate him more than many in the United Kingdom seem to.