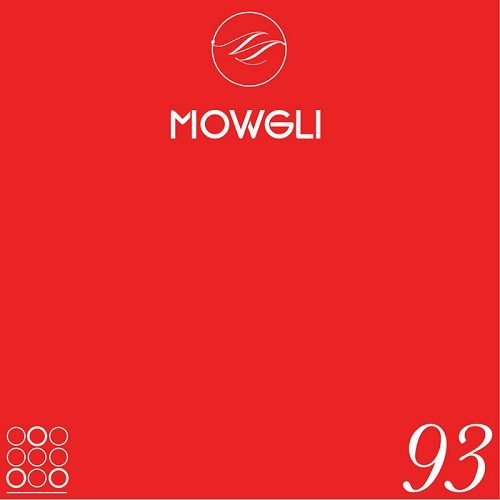 Trying to find any personal details about the individual behind the name Mowgli is a near impossible task. His website does not include a biography on the artist, there is not even a hometown listed. Even the pictures of Mowgli hide his identityâ€”when his face is not hidden by his hands, the pictures have literally been scribbled over before being posted.

Mowgli brings the same mysteriousness to the lyrical content of his debut album “93,” an album that has been a long time in the works, being a mixture of tracks the British emcee recorded between 2005 and 2009. Throughout the length of “93,” he spits without seeming to take a breath and delivers, in his own words, “speckles of gold action packed with meaning.” The results are long chains of images hooked loosely together in stream-of-consciousness rhymes, with Mowgli supplying his visions at such a rapid clip that he often does not even bother to speak in complete sentences. In “Splinter,” Mowgli jumps from one idea to the next, leaving a dense spider-web of symbolism.

“Head buried in a bottomless pit
Took a last swig, then the Molotov’s lit
Hollow-tip sentiment, rip out emotion, float in bellies
Cloaked in a fur coat, coaxed in a Yeti
Stumbling on, the steps disintegrate
Climbing up drainpipes, tapping on the windowpane
Correlate date. Chopper blades spin
Double edged words slice at Achilles
Hobble out, couple step up
Time span, brief as a novel, less verb, less spurt
At least for type of nerves that slow the brain
Synthesize calm with a dose of Novocain
Wither in the flames of the big smoke
Life is a dick-tease
Death is the sick joke’s punchline”

The wordplay is dense, and even after repeated listens it defies a satisfying interpretation, though listeners should be able appreciate the cutting one-liners that punctuate Mowgli’s more impenetrable lines.

The same bleak imagery comes up over and over again. On “Funny,” Mowgli jibes: “Life’s just lust lost in ephemeral glasses.” On “Back to the Bricks,” he documents the general effects of poverty on a city and its people.

“Poker faces like ghosts in the dead night
Debit cards cutting like bread knives
Hydrochloride dyes watch me, still vacant
Stereotypes and chalk outlines
Still dreaming of life but still the light’s shaken
Waiting for the last drag of Death’s breath that will leave them
Quickly satisfied like punchlines and cheap skets
A generation born dreading what’s next
Passing time like flies in this wasp nest”

On the production side, Mowgli has wrangled up a group of producers as unknown as he is and they all contribute a solid performance to the album. At times, the mood of the music matches the themes of Mowgli’s lyrics, such as on “Something,” the bleak, spare track that follows the album’s intro, on which a synthesizer moans and clicks over muted drums. At other times, the tracks provide a dark comic balance to the subject matter. On “Tax” a cartoonish voice sings “Why should we break out backs, stupidly paying tax?” in between verses vividly describing scenes where people are knifed in the streets. The beat could double as a villain’s theme from the old Popeye cartoons and its silliness underscores the absurdity of the violence described by Mowgli.

“93” is a daring, sometimes challenging, album whose weak points are buoyed by Mowgli’s intensity, his lyrical imagination, and the inventiveness of his producers. But the album’s complexity, which made the music appealing in the first place, is what gets in the way of this being a great album rather than a good one. On some of the songs off”93,” it is difficult to comprehend the meaning behind the lyrics, and even in individual lines the wordplay is so complex and confusing it can seem like Mowgli is just rattling off nonsense. There are a few practical reasons why it is hard for an American to understand all the content of this album: Mowgli’s accent makes it difficult to understand the lyrics being delivered, and the slang he uses make the already complex lines frustratingly difficult to understand. Maybe if I were British, the complexities of Mowgli’s rhymes would beautifully unravel in my ears. But despite repeated listens, some of the themes of Mowgli’s music irritatingly remain a mystery. And when you are left unable to understand what an emcee is trying to say, it is hard to appreciate and praise an artist for his lyricism.