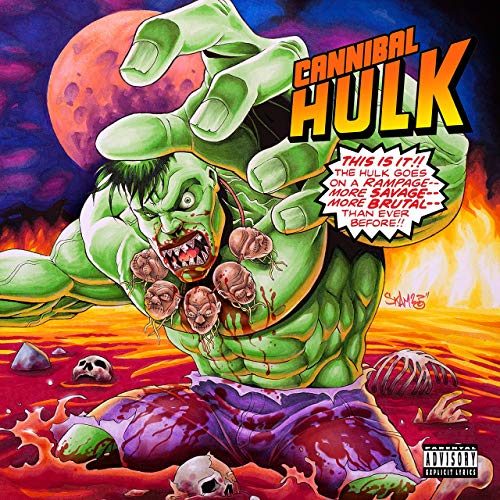 The saga of Ill Bill goes all the way to the late 1990’s and a group called Non Phixion. Sporting a mixture of dope beats, conspiracy theory raps and unapologetic “f–k you” attitude, Non Phixion became a cult favorite of backpackers, college kids, internet heads and readers of The Source overnight. I’d like to tell you that the group became mainstream celebrities and were featured on dozens of talk shows and movie soundtracks, but they were just too hardcore for that kind of broad appeal. The landscape of New York also changed after September 11th, 2001 figuratively and literally. Before that point talking about the Illuminati and books like Behold a Pale Horse added an air of mystery and intrigue to underground rap. After 9/11 those conspiracies went viral as people found themselves unable to comprehend the horror of what happened. The government HAD to be in on it. The secret societies needed to destabilize the United States to keep control. The military-industrial complex needed us to go to war in Iraq to line their pockets with money. Fringe beliefs like these moved far closer to the center of political discourse than they ever should have.

Despite the fact that things changed in the 2000’s and not for the better, Ill Bill never changed, and that’s meant entirely as a compliment. Through his Uncle Howie Records imprint, William Braunstein continued to drop tracks with heavy East coast boom bap and conspiracy theory raps. You could count on an Ill Bill album to talk about society being brainwashed and whether or not you agreed with him the viewpoint Bill has was consistent and always supported by the best producers in the game. That trend continues to the present day with “Cannibal Hulk“.

The opening/title track sounds like a tribute to the late Sean Price, complete with Sean P’s trademark slurry delivery and references to fellow East coast emcees like “stay calm, +Ice Water+ like Raekwon”. I honestly couldn’t stop rewinding it to hear Bill’s flow again and again, picking it apart one syllable at a time. The entire album is produced in cooperation with Stu Bangas, and the opener sounds like a classic track from “The Future Is Now“. Bill presents himself as a savior for savage times straight out of the comic books the cover art portrays. When you can’t call anyone else, call Cannibal Hulk.

“Cannibal Hulk” clocks in at a VERY short twenty-two minutes and 40 seconds, but it absolutely makes the most of that short time span by not wasting any of Stu Bangas’ beats. I’m going to offer a clarification though because if you look at this album and think it’s ten tracks long you’d be mistaken — “Yo Gamma Gamma”, “Green Sabbath” and “Scumbags” featuring the late Uncle Howie are all interludes between the dope cuts that Stu Bangas sliced up. Okay so we’ve only got seven songs right? On those seven songs Bill works with all of the usual suspects, such as “World War Hulk” featuring Goretex and Slaine.

The tracks are as murderously savage as the album’s unrelenting protagonist. If dark gothic New York rap songs aren’t your adrenaline rush then you won’t enjoy the ominous horrorcore stylings of “Hulk Meat” or creepy music box style melody of “Russo’s On the Bay” featuring Vinnie Paz. These songs are beautiful to those who love Ill Bill’s style and Stu Bangas’ production, but the only track that could MUSICALLY cross over would be “Joe Fixit”. It has the sound of a C-Lance piano laced anthem, but the raps by Bill and Snak The Ripper would still not be able to get commercial radio play.

In short the only major detriment to this album is that it’s actually TOO SHORT. 23 minutes of Ill Bill and his friends is like a dealer giving out free drug samples — you get a taste and you immediately want to come back and pay him for more of the uncut raw. I can’t say that Bill’s employing the wrong strategy to keep fans hooked, but considering this is being sold at a full LP’s price it WOULD be nice to get a full LP’s worth of music. This certainly isn’t a free sample. Aside from that I can’t knock “Cannibal Hulk” in any way and if you’ve been riding with Bill since the Non Phixion days you won’t be disappointed by this release.