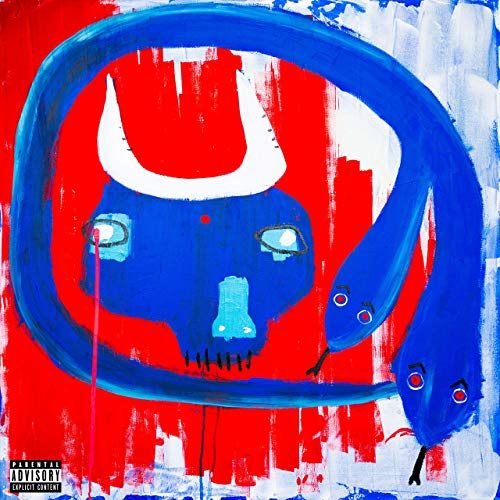 Remember when everybody used to say “Action Bronson sounds like Ghostface Killah” in reviews? In 2019 I can safely say that comparison doesn’t work any more. These days the only person who sounds like Bronson is Bronson. The redbeard rapper/chef born Ariyan Arslani sounds just like he ought to — a 35 year old emcee from Flushing, Queens with a raspy voice from smoking too much weed and a cocky attitude from coming up over the last decade to superstar status. He’s going on a fourth season of his Viceland foodie show and so he can add “TV show host” to a list of laurels that also include “published author” and “Hollywood actor“. This is no longer just “that guy who sounds like Dennis Coles.” He’s bonafide and certified and he’s gone worldwide.

“White Bronco” might seem like a weird way to celebrate that success. If you’re of a certain age (well basically my age) all you’re going to think of when you heard those words is O.J. Simpson. True to form though Bronson doesn’t give a f#%k though because he’s “out here living my best life” on his songs even though “somebody always try and f#%^ it up”. His compadre A$AP Rocky can probably relate considering Sweden just tried to make him do a bid for an altercation on an overseas tour. “Swerve On ‘Em” is not the collaboration I would have expected from Bronson… yet it makes perfect sense.

The flair for being crude is what has always made Action Bronson a fun rapper though. The Knxwledge produced “Prince Charming” is that wonderful mixture of a smooth mellow track with some of the most crass lyrics imaginable. “I finally found love and it’s f#$$ing beautiful/I no longer bite my nails down to the cuticles/My sex stories ain’t suitable for listeners/Cause prisoners to whack off… man/enough of that soft s%#t”.

Getting back to collaborations for a moment though, the names you WOULD expect to bust lyrical nuts back to back with Bronsalinio are in full effect on “White Bronco”. Meyhem Lauren appears on “Brutal” and Big Body Bes is on “Ring Ring”. The only dude he f#%#s with I’m not super familiar with is Yung Mehico on “Live From the Moon” but once again Knxwledge laces the track up smooth to get me into that groove.

It might be unfair to say “White Bronco” is too short, but at 26 minutes and 11 tracks long it definitely feels like a mid day snack and not a three course dinner. I know, I get it, Bronson is a very busy man these days. At the same time he’s an unapologetically funny dude who says things like “my next album is gonna be for dolphins” and then makes you wonder for just a split second if he might actually MEAN IT. What hasn’t he accomplished? It wouldn’t be the most unexpected development from an extra large half Muslim/half Jewish rapper who initially got famous for sounding like a lost member of the Wu. Whatever comes next from Bronson, I’m down for it.