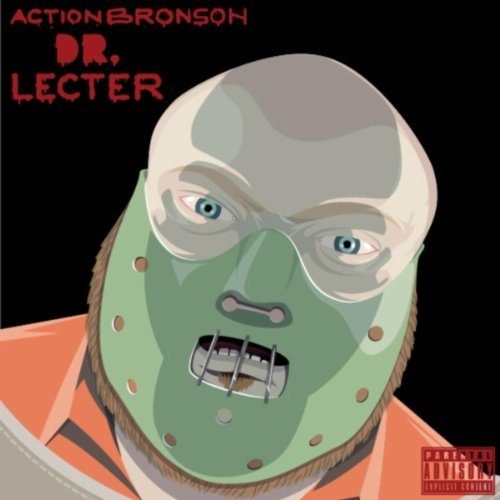 As a self-confessed hip-hop geek, I still feel bad that I only paid attention to Action Bronson a full month after his debut album found its way onto iTunes. I hadn’t gone out of my way to ignore him or anything like that, he had just slipped under my rap radar and it wasn’t until Apathy posted a link to a Bronson video on twitter that I sat up and took notice. The video, “Get Off My P.P.”, is sure to grab the attention of even the deepest sleeper. Action Bronson cuts an imposing figure, he is a big guy, covered in ink, with a shaven dome and bushy ginger beard yet the one thing that seems to get brought up is that “he sounds like Ghostface”. You would be lying if you said that you couldn’t hear similarities to Ghost Deini’s vocal tone but Action Bronson is his own man on the microphone and he can RAP. On the aforementioned track, Bronson kills it over a Dizzy Gillespie sample:

“The drugs are rolled up, the money fold up
I love my bitches big bodied like an old truck
With their waist *sliced inches* like the cold cuts
Been at the bottom of the sea but then I rose up
Feet first, my voice is known to curl a honey’s toes
Serve a pound of that and leave ’em with a bloody nose
Smoke the hash, take it from ’em like it’s money, homes
Hop in the caddy, leave your body by a muddy road
A dirty rotten scoundrel like Steve Martin
Drugs so good Fiend Weekly just three-starred ’em
I’m on a roll, blow trees through East Harlem
Just put me in a cage in a basement, I’m retarded”

Tommy Mas handles all production duties and, apart from a couple of minor missteps, provides a suitable backdrop for Bronson’s breathless delivery. There is nothing wrong with Mas’ work but Bronson is an MC who would command your attention regardless of what he was rhyming over. “Shiraz”, “Larry Csonka” and “Barry Horowitz” provide the perfect platform for Bronson to deliver his message right to your ear while “Madness” is just three minutes of straight spitting over a minimalistic beat. “Brunch” brings a little variety to the table, as our bearded MC breaks down a break-up in typically creative style. The video for this needs to be seen to be believed too.

It’s not all good though as the album does have a couple of complaints. The guest MCs (Meyhem Lauren, Shaz Illyork and Ag Da Coroner amongst others) find it hard to stand alongside Bronson and the pace drops a little when they are given their time on the mic. It’s not like they are bad rappers but if you have been eating fillet steak, you notice the difference when you have a mouthful of rump. “Jerk Chicken” is unashamedly tinged with a reggae vibe but it almost seems that the beat is battling with Bronson for attention and the track suffers for it. The flow of the album is disrupted further on “Forbidden Fruit” where Bronson pens a short, semi-seductive song for the ladies over something that sounds like a high-end 80’s porn soundtrack.

Overall though, this is a solid first outing for Action Bronson and his high-octane delivery, street smarts and sense of humor will win over any listener willing to dismiss him as another Ghostface clone. Upcoming guest appearances on tracks with Apathy and Tony Starks himself will only confirm to many what few already knew, that Action Bronson is the real deal and worth keeping an eye on.