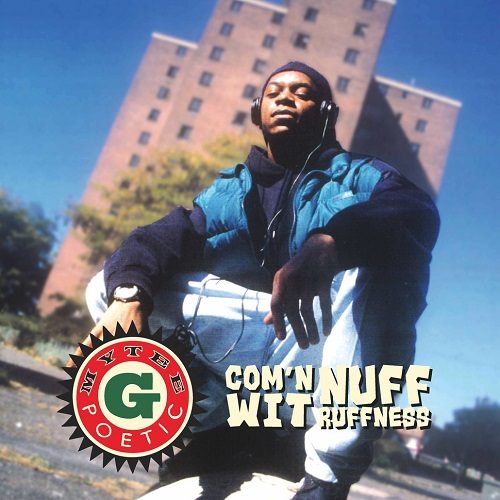 As much as people like to eulogize rap music of the 1990s, few seem to be actually willing to dissect it to see what made it tick so flawlessly. Going back and touching down at various points in time, what has become really notable to me about the first half of the decade is the mellowing of the production. We can only speculate about the reasons, but perhaps hardcore hip-hop was on the verge of becoming too hard for its own good with all the shrieks and scratches over war drums, and the (temporarily) facilitated sampling from the stocks of jazz and R&B did the rest. Around 1993 beatsmiths like Easy Mo Bee and Erick Sermon developed specific techniques to provide their sound with extra cushioning, and everybody from Mark Sparks to Organized Noise followed suit. Even producers who kept up the pressure of the 1980s in their rhythm section like T-Ray, Pete Rock, Large Professor, Naughty By Nature’s Kay Gee, Boogie Down Production’s Kenny Parker or the D.I.T.C. squad helped cool things down, as well as Dr. Dre prominently chilling down with “The Chronic”.

While that is far from all there is to the sound and style of 1990s rap music, almost any album that you pick from the 1993-1995 period is sonically suprisingly smooth around the edges for a genre whose image, even identity was built on disturbing the peace. (Hardcore hip-hop did enjoy a brief comeback in 1993 with aggressive sounding albums by MC Lyte, Onyx and others.) “Com’n Wit Nuff Ruffness” is a late confirmation of the seismic shift from raw to smooth.

Mytee G. Poetic hailed from Newark, New Jersey, where this year’s Video Music Awards took place, who recognized their host city with a Jersey finale starring Naughty By Nature, DoItAll, Redman, Fetty Wap, Wyclef Jean and Queen Latifah. Rap fans of a certain age don’t need MTV to remind them that New Jersey is a label of excellence, particularly for the period that spans from the Flavor Unit to the Fugees (1988-1998). If NJ was indeed a fountain of particularly fresh rap acts, G. Poetic fits right into a line with Poor Righteous Teachers, Artifacts, Channel Live and Outsidaz. And he raps over a beat produced by Rashad Muhammad, who also worked with the Fugees.

The majority of the material gathered on “Com’n Wit Nuff Ruffness” was recorded between 1994-1996, with one outlier from 1998. Three singles were released (on self-owned Straight G’n Records) in the same time span originally, two of them with the collection’s titular “Com’n Wit Nuff Ruffness” on the A-side. It may be far-fetched to call it the signature tune of an artist who didn’t have much of a career to speak of, but it is indeed exemplary of the era’s ability to merge a rugged attitude with a mellow conduct (also manifesting itself on two of the greatest of all time, “Illmatic” and “The Infamous”).

Na’fis Majid & Kool Ass Pat of Brand X Production impart the track with a precise 1994 time stamp with clear horns sounding over a sluggishly trodding sludge of slapping drums and filtered basslines, curiously creating the impression of a levitating piece of music. Atop, the rapper announces his findings in a relaxed but deliberate fashion, not unlike indie favorite J-Live (who debuted in 1995). He incorporates references to the Federal Communications Commission, superhero analogies and claims of local clout, but the bit that immediately catches your ear is the well-rhymed rhetorical question “What is it gonna be: / Some b—h nigga singin’ R&B / or a rugged rap show starrin’ me?” That’s right, even as hip-hop (re-)discovered its musical side, hardcore rappers still deemed it necessary to diss R&B. On the same track, G. Poetic snubs some token “Kris-Krossed-over-ass nigga”, just to give you an idea of where he’s coming from, besides the Bricks.

That doesn’t mean that Mytee didn’t have plans for himself. “For the World” teems with It’s-my-turn expectations, culminating in “A young black male comin’ up from bein’ zero / to bein’ a rap superhero”. These things happen, but not for the artist born Kareem Lauren Grant. It wasn’t for lack of trying, because G. continually refers to his wins on the home field. “The Radio” literally applies for local airplay, and here and elsewhere he presents himself as someone who is wise to the ways of the rap world. On “Poetically Inclined” he discloses: “I’ve been in this for years / sheddin’ sweat and tears / watchin’ the rise and fall of plenty of my peers’ careers / in the industry / goin’ from happiness to misery”.

Wherever Mytee G. Poetic failed with his career (strictly in the sense that he didn’t succeed to put out an album), it could have also had to do with an intent to please too many people. “Style is controversial / and still remain commercial”, he wants it both ways on “Mello Drama”, a half-hearted (self-produced) attempt at a club track. The rhyming skills however were excellent: “I take it personal / Save the bull / I wanna be the paid in full / sensational / brother with major pull”. At times there is the same combination of playfulness and precision to his patterns that made Redman a top-tier MC.

A couple of years after the 20-year old’s official debut, the content began to lean towards the conscious-mystical side, see “Rap Trilogy” and “Ghetto Journalism”, both also floating on more melancholic music. (“Rap Trilogy” sounds like something Rob Lewis would have put together for Nine.) Next to signifiers of what we today would call conspiracist rap in these tracks, G. Poetic displays notable lyrical reflection, declaring, “This ain’t your average thug story / of drugs and glory”, or, “At times I was lifted / off the spliff, kid / but never been addicted / to what a whiff did”.

The collection’s closing “Machine Gun Rap” (based on a Raekwon sample from “It’s Yourz”) was not the last from Mytee G. Poetic. As G’Poetic (or G Poetic) he can be found in the far reaches of streaming services. That material will not get unearthed a quarter of a decade from now. Because ’94, ’95 and ’96 provided this young man with everything to record songs that perfectly encapsulate their period like “Battlefield” and “Brick City Bluez” (coincidentally two harder rocking tracks). His ’96 resolution, “blowin’ up without bein’ lovey-dovey with Puffy”, was missed, but that’s exactly part of the charm when you enter the “discovery zone with the Newark undercover brother that’s known for leavin’ spots blown”.