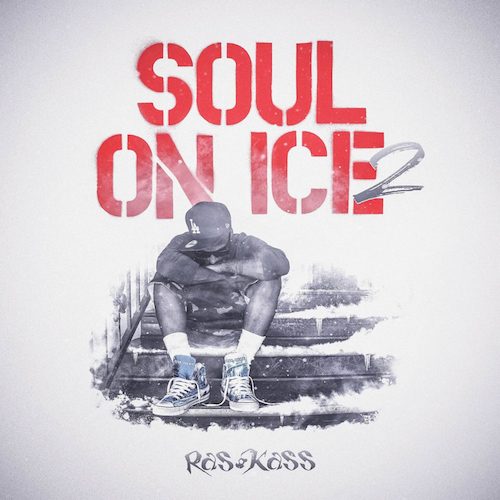 “Yes, it’s been such a long, long time” as the sampled vocal on “Silver Anniversary” croons. While the statement looks relatively simple on the surface, it’s more of an apt description of Ras Kass’ solo career. While he’s certainly kept himself busy in hip-hop by providing us listeners with guest verses, mixtapes, and collaborative albums (most notably 2014’s “Blasphemy” joint project with Detroit producer Apollo Brown), he hasn’t dropped a proper solo album since “Rasassination“, and that sophomore album was released in 1998. Or even further back 2 years prior with his 1996 debut “Soul On Ice” on major-label Priority Records. Like Nas’ “Illmatic”, Razzy’s debut had one sole guest appearance and was critically lauded near-universally, but with little commercial success. Also, with his propensity for lyrically attacking institutions such as organized religion and interpretive disciplines like history (check out his respective tracks, “Reelishymn” and “Nature of the Threat”), it’s almost understandable why his first two solo albums have been out of print for several years now: Ras Kass is a powerhouse emcee on the mic whose words are uncomfortable truths for the controlling masses.

Recently, the FX TV series “Snowfall” made a valid point that relates to Ras’ themes and the mostly lack of further attention on his first albums: “When Black folks organize, it scares the Hell outta the American government”. However, I’m thankful that Ras Kass isn’t silenced as he still keeps his albums interesting doesn’t hold back. His most recent solo album, “Soul On Ice 2“, is a sequel more than 20 years after the first. Though I have a tendency for viewing sequels containing double-digit age gaps with warranted skepticism, I’m also cognizant that few of those sequels are actually on-par with or greater than their progenitor. So how does “Soul On Ice 2” fare?

For starters, the aggressive verbosity and literate-ness of his lyrics remain intact. It’s like a blade which he sharpens and reserves usually for various specific targets. Take the Diamond D-produced “Grammy Speech”, for example. Though he isn’t saying anything new about the fickle nature of the music industry and the underground community to which he belongs, his experience and how he’s perceived has evidently left him with a bad taste in his mouth. He even lampshades this with the rhyme “Saw my piece of the pie but never ate a slice / ‘Cause I wrote ‘Nature of The Threat’ and prolly paid the price”. On the track, he posits that his refusal to go pop is what kept his career somewhat stagnant on the majors. However, on “Midnight Run”, Detroit’s versatile Olympicks create an upbeat sound with hard drum snares and Cee-Lo Green on the hook with an Autotune distortion to his voice. These factors are all juxtaposed with Ras Kass’ references to history and pop culture without a poppy sound. The J.U.S.T.I.C.E. League-produced “Street Superstar” is a smooth and atmospheric jazz/R&B backdrop reminiscent of “Riding High” by Faze-O, with Ras spitting some braggadocio rhymes. Ras goes back to form on “White Power”, produced by Sir Veterano who used pianos and church bells to create a dark soundscape to drop knowledge about the nature of the threat inherent in the title. The abrasive Immortal Technique is the guest rapper on the song, but I expected him to have a verse and not being relegated to just the hook. Among the best tracks on the album’s first half is “Shark Week”. Nino Beige gives Ras a boom-bap style beat that allows him to take sub-par rappers and sellouts to task with biting lines, “Damn, God, do anything to get the face seen / Even floating face-down in the mainstream”.

“Wvth THX Shvts” has a polished J.U.S.T.I.C.E. League beat, but I can only take Ras rapping over cookie-cutter beats in small doses. “The Long Way”, produced by Dre Beats goes in the opposite direction of that. Complete with blues-style bass, horns, and guitar samples, Ras Kass shouts out conspiracy theorists before he and former La Coka Nostra emcee Everlast ride the NYC inner city blues style of production until its wheels fall off. Speaking of NYC, Styles P. and Lil’ Fame make an appearance on “Guns N Roses”. Vokab provides a crunching guitar-driven beat in which Ras makes sure he reigns supreme on his own track despite Styles’ constantly self-professed durable rock-hardness. Razzy manages to scoop up fellow Cali emcee Snoop Dogg for “LL Cool J”. Though the track has nothing to do with Mr. Smith himself, it has more to do with the acronym of his stage name, with Snoop and Razzy playing off of it. Ras performs the hook for it and his vocals are surprisingly melodic. Felony Muzik is the real star of this track, though. He chopped up a sample of “Fire and Desire” by Rick James and converted it into a beat with well-placed vocal samples, dusty snares, and crackling vinyl. One of the standout lyrical tracks is “Gingivitis”. Cee gives us a decidedly grimy beat with Jamo Gang featured. When Ras is talking shit, he’s clever with wordplay, plus his delivery and flow are dead-on:

“Sex with golden shower, that’s a peanut
Came in her brown eye, that’s a hazelnut
Fat Buddha with Psycho Les, that’s a Beatnut
You know what? Stop payin’ for pussy that’s a doughnut?
Cashew, slow down baby
All I make is soul music like Motown baby
Tell Zazie Beetz we should meet sometime
Marry the illest spitter, we can be beats and rhymes”

The remainder of the album is closed out by three tracks. “Trapped Music” starts with a vintage soul sample for the beat, but then it switches to an approximation of trap music, complete with the standard 808 sounds of modern trap music. But Ras adapts his flow to it and he comes off sounding good. The Pete Rock-produced “Can U Feel It” has an atmospheric beat similar to “Street Superstar”. Honestly, this is the only track in which the beat was the superstar as the Chocolate Boy Wonder’s musical contribution overshadowed the lyrics. The closest thing this album has to the still-vaunted “Nature of the Threat” is “Opioid Crisis”. Chuck James is behind the boards on the 7-minute track which attacks the titular national emergency by pointing out the clear-as-day racist component to it. This beat also switches half-way through, but to the slower and more lush beat.

Like most hip-hop albums that come packaged with bold statements, “Soul On Ice 2” is not for the weak at heart, very much like the original album. Ras Kass has retained and improved upon the lyrical complexity that he’s known for as well as his acute awareness in regards to race, politics, and societal absurdities. The producers are more varied here than on the original and, while the music industry never exactly adapted to him, he adapted to it and has persevered. So is “Soul On Ice 2” better than its predecessor? You decide from the album’s final line: “First album ended with me in the booth getting smoked / This time I want to leave you with hope, shalom”.