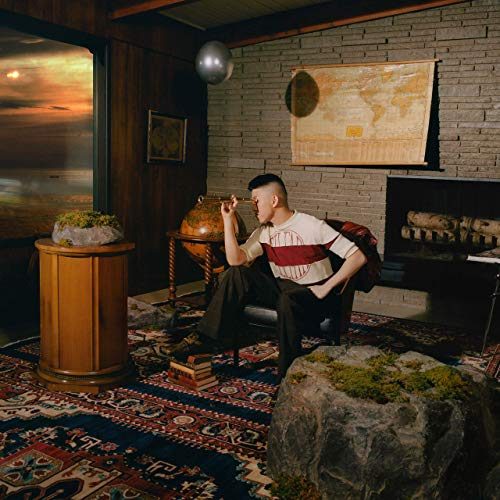 Discovering Rich Brian was an accident. I was going down the YouTube rabbit hole of recommended videos out of boredom one day and stumbled across George Miller, better known then as “Filthy Frank” or “Pink Guy” but later successfully reinventing himself as Joji. Joji is part of a collective called 88rising that promotes and markets Asian and Asian-American artists, and as I kept going further down the well that led me to Rich Chigga. It’s a handle he now regrets and like Miller he went through a metamorphosis where he first went by the mononym “Brian” before settling on Rich Brian.

Who exactly is Brian though? You’ve probably already realized he’s of Asian descent by the thumbnail and the discussion of 88rising above, but from hearing his music you probably wouldn’t have guessed he hails from Jakarta, Indonesia and only moved to Los Angeles full time two years ago. He’s not a naturalized citizen, and Lord knows the current administration has made it immeasurably harder to become one, but it’s hard to imagine Rich Brian isn’t already American. He grew up on hip-hop music, he became a hip-hop artist, and he’s as American as apple pie, E-40 and the Wu-Tang Clan. Speaking of the latter RZA has a cameo on “The Sailor“.

“The Sailor” is a fitting title for Brian, as he floats from one style of rap to another with the effortless freedom of someone who wasn’t born here and isn’t geographically tied to one specific style. On “Vacant” he is Post Malone sans the AutoTuning and drug abuse, while on “100 Degrees” he uses the tuned up vocals to get his music “in the club like Fetty” and it’s so catchy you can’t hate it. On “Curious” Brian also ponders the contradictions of the scene where everybody is trying to sound like Malone, Weezy or Drizzy.

The biggest surprise to me was when I realized how much Rich Brian reminded me of Frank Ocean on “No Worries”. While the lyric video cleverly synchronizes a beat to the sound of someone chopping vegetables on a cutting board, I quickly lost track of that and sank into the waves of moody singing — right up to the point the beat got hard and Brian started spitting bars instead of crooning. Brian’s clearly a natural at this in a way that just leaves you dumbfounded at how he got good so young and so fast.

At only 20 years old “The Sailor” shows that Rich Brian has a long career ahead of him if he continues down his path. It also reinforces that hip-hop music and culture is truly a global phenomenon that can’t and shouldn’t be localized to the United States alone. Compelling artists can come from Jakarta or Seoul just as easily as they can come from New York or L.A. Although Joji makes a cameo in the closing track “Where Does the Time Go” the path that led me from Filthy Frank to Brian’s music now seems like a dusty trail that blew away in the wind that nobody is likely to follow. People will discover Brian’s music just because it’s good and for no other reason.