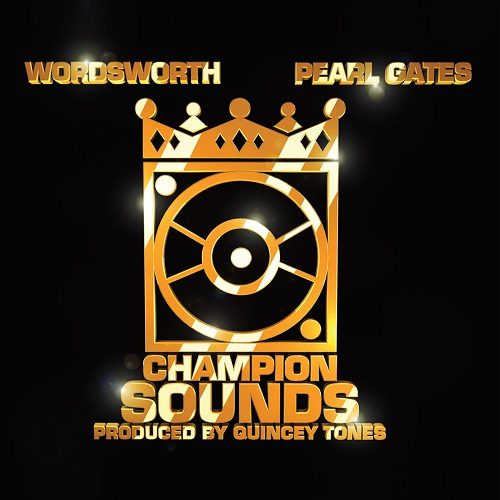 There’s a reason Masta Ace, Talib Kweli and Kool G Rap appeared on the latest Wordsworth album – he commands respect. A career spanning two and a half decades, critically acclaimed records and worldwide tours under his belt, Wordsworth has spent the last few years releasing collaborative albums with a variety of producers. Donel Smokes, JSoul and Sam Brown all provided different styles, but this year’s release; produced by London’s Quincey Tones; is a bit less experimental and benefits from this added accessibility. There’s a few non-descript hooks on “Photograph” and “Worlds Apart”, but otherwise this is another strong performance from the Brooklyn emcee. The name Pearl Gates is less familiar, having appeared on the last two Masta Ace albums, but his approach is welcome nonetheless and often impressive.

Quincey Tones pairs many of his beats with vocalists, giving the songs a natural, soulful feel without ever overpowering the emcees. It’s more than your regular verse, hook, verse pattern, or at least it’s cleverly disguised. The inventive writing associated with the eMC camp is prevalent on songs such as “Worlds Apart” with the duo sharing their different upbringings despite having a lot in common (Gates was Super Nintendo, Words was Sega Genesis – but both were gamers). There’s apologetic regret on “Sincerely Yours” where they have felt women weren’t treated correctly in the past – a bit like a reverse of Jay-Z’s “Girls, Girls, Girls”. The Talib Kweli track “These Days” is as you’d expect, boasting a righteous choir that gives it a positive tone despite the disdain towards the racism and police brutality that never seems to get any better in the United States. Despite this being up Kweli’s street, Gates grabs the opportunity with both hands and murders the third verse:

“Creep through the fog
False rulers cause grief through the harm
Gods out of arms reach to the law
It’s a battleground you stand on by nature
A hollow round bound to sedate ya
That hollow crown found by your neighbor
So now he made the jewel amass gems like
Your life worth nothin’ but a suit and black Timb’s
All we knew was Mac-10s
And every single 1st of the month, that rent money past tense
Now the re-up
Stuck on level one – hard to see up
Blinded by classism, some careless bastard trips
Unravel mental traffic studying truth that’s with an asterisk
That ain’t gettin’ nothing but my ass to kiss
Not an activist, but lies on lies
Develop in your horizon”

Anybody that’s been in a long-term relationship, or a marriage, will connect with “Two Sides” as the guys share the paradoxical nature of wanting somebody to change despite falling in love with them (I particularly enjoyed the “This is Big because I’m starting to lose Faith” line). Then there’s “Youlogy” where Masta Ace joins in on the morbid idea of writing your own eulogy, documenting one’s career and achievements into one verse.

Aside from the wild Kool G Rap verse, which is novel given a Wordsworth and Kool G Rap is a collaboration I thought I’d never see, “Champion Sounds” is a consistent, mature selection of satisfying hip hop. The old master/young student combination is a great way to capture a new audience – the “Son of G Rap” album last year lifted Spesh exponentially – and so it will be interesting to hear what Pearl Gates does after this record. Regardless, the album is a strong addition to 2019’s lengthy list of recommended listens. Three heavyweight guests may pique initial interest, but it’s Wordsworth and Pearl Gates that will have you returning for more “Champion Sounds”.