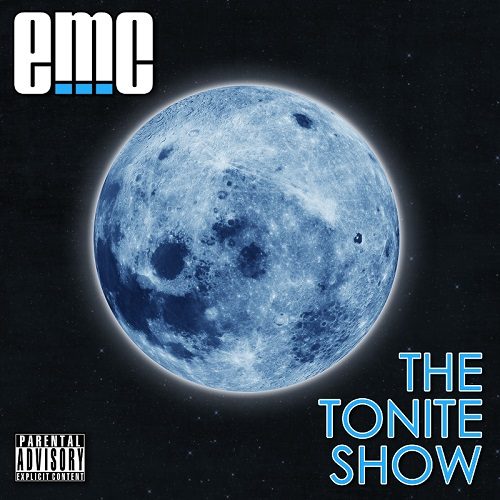 When Masta Ace teamed with Stricklin, Wordsworth and Punchline back in 2008 on “The Show”, Ace had mastered the Hip-Hop concept album. Wordsworth had dropped the excellent “Mirror Music” in 2004, proving his writing game was up there with the best, but recent years haven’t been so kind to the crew. Wordsworth’s “The Photo Album” was wholly underwhelming, Punchline released the forgettable “Underground Superstars” and Ace’s “Son of Yvonne” album wasn’t up to the lofty standards he had set himself in the 2000s. 2014 saw “Turning Point” drop, eMC’s concept EP designed to warm fans up for the imminent sophomore LP. I enjoyed it at the time but looking back now, it wasn’t particularly memorable. “The Show” however, stands up well seven years later. How then, does the new album “The Tonite Show” sound more outdated than the previous efforts?

Two noticeable omissions on “The Tonite Show” are Punchline (who left the group last year) and the strong selection of beats we’ve come to expect from eMC. Checking the liner notes, other than Diamond D, the record’s sound comes courtesy of largely unknown producers. It lacks punch and is a noticeable step down from “The Show” which benefited from the presence of underground heavyweights Ayatollah, Nicolay and Marco Polo. The jarring skit-song-skit-song structure of “Turning Point” returns, which hampers the flow of the album more than it should do, particularly when some skits outstay their welcome. The skits have a purpose of course, but the mock-umentary theme that sees the listener taken through the day that ensues before eMC perform on The Tonite Show with Jimmy Falcon, just isn’t that riveting. There’s the guy who’s running late, the annoying fan, a track about flying – it’s not actually that different to “The Show” in that respect.

It’s just a shame that the project lacks in key areas. Sung hooks from Pearl Gates and Dion have some half-assed Autotune effect on them. The single “Triple Threat” sums up the lack of polish that can be found on “The Tonite Show”, with a low-budget video, irritating beat and nonsensical hook; it’s the complete opposite of earlier singles “Leak It Out” and “What It Stand For”. B-Real provides a clinical hook on “Stoopid” that is let down by the understated DJ Scienz instrumental. The production helped make “The Show” what it is, with songs that worked on their own, as well as within the structure of the album.

There’s also glimpses of the emcee’s age showing on tracks like “Moopies”, where they share some surprising attitudes towards obsessive fans. Sadat X just about saves the song with his humorous (if brief) verse, but it’s certainly odd to hear Stricklin mock male fans yet accept the same behaviour from women. “Don’t get me wrong, I love the fans and the affection, I just wish it came from somebody that doesn’t get an erection (pause).” Do guys still say pause? This sense of being out-of-touch with current trends is evident throughout “The Tonite Show”, with “Signtology” seeing the guys chatting up the ladies with horoscope analogies and awkward self-advertisements reminiscent of online dating profiles. Even the typically intense Xzibit feature “Numbers” has corny lines like “fake pimps this a threat, 9th Wonder” referencing the Jay-Z track from 2003.

While there are occasional redeeming moments (Stricklin’s performance on “Spun a Web” for instance) it’s largely irrelevant when the majority of the album is average beats, boring rhymes and excessive skits. It’s a crying shame, because these guys are seriously talented and if they can stray from the concept album next time and enlist some better production, we may have a worthy follow-up to “The Show”.